Armed Forces Day: Who Do You Salute? 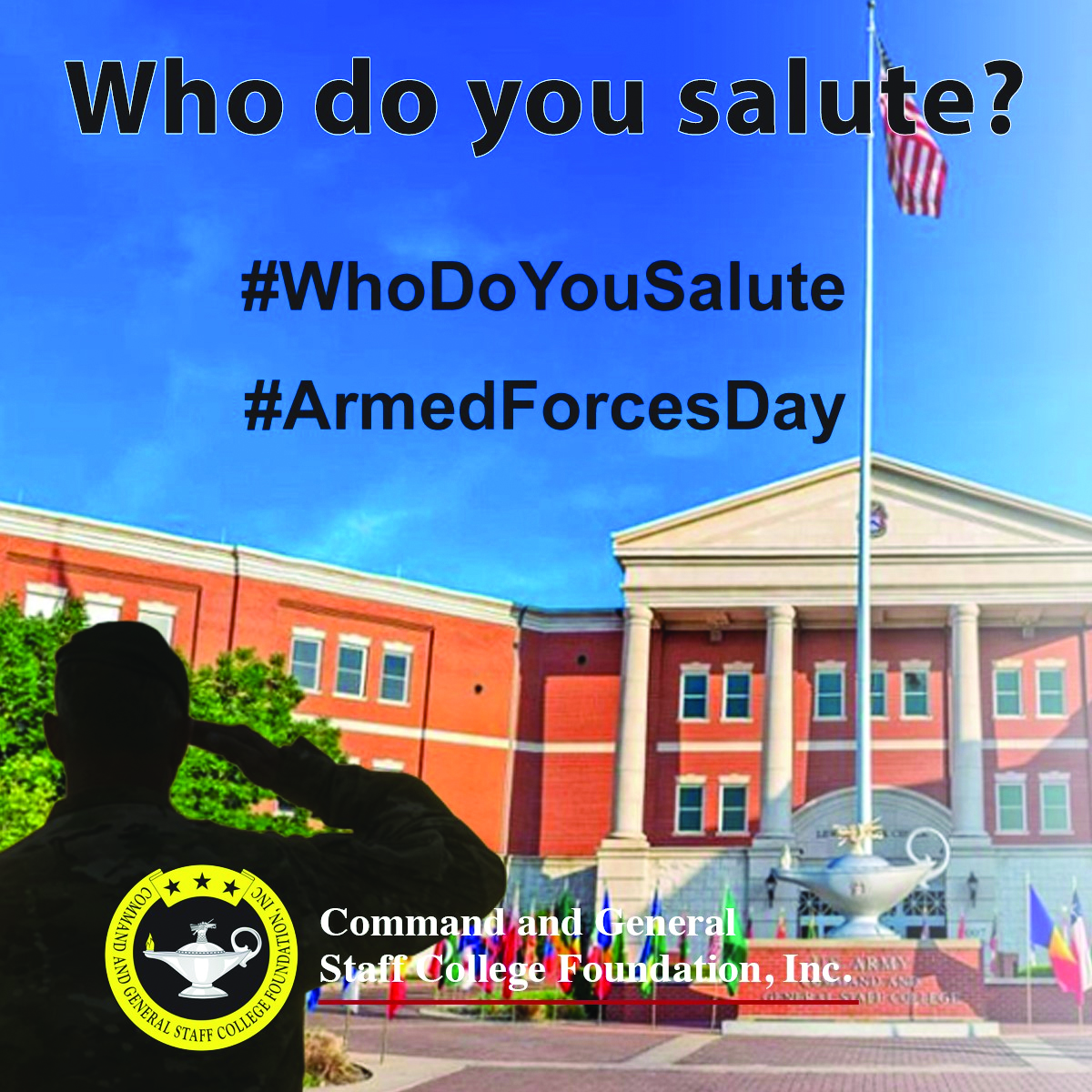 On Armed Forces Day, May 16, all donations received by the CGSC Foundation will be poured back into the Fort Leavenworth community to support the active duty service members stationed at Fort Leavenworth.

Your generous support during this time strengthens the CGSC Foundation programs that enhance the quality of life for those who volunteer to protect us and serve our nation. The CGSC Foundation is looking for your support in four areas:

CORONAVIRUS AID, RELIEF, AND ECONOMIC SECURITY ACT (CARES ACT)
On March 27, the President signed the CARES Act into law. The act includes a charitable giving incentive which includes a new above-the-line deduction (universal or non-itemizer deduction that applies to all taxpayers) for total charitable contributions of up to $300. The incentive applies to cash contributions made in 2020 and can be claimed on tax forms next year. The law also lifts the existing cap on annual contributions for those who itemize, raising it from 60 percent of adjusted gross income to 100 percent. For corporations, the law raises the annual limit from 10 percent to 25 percent. (Source: National Council of Nonprofits)