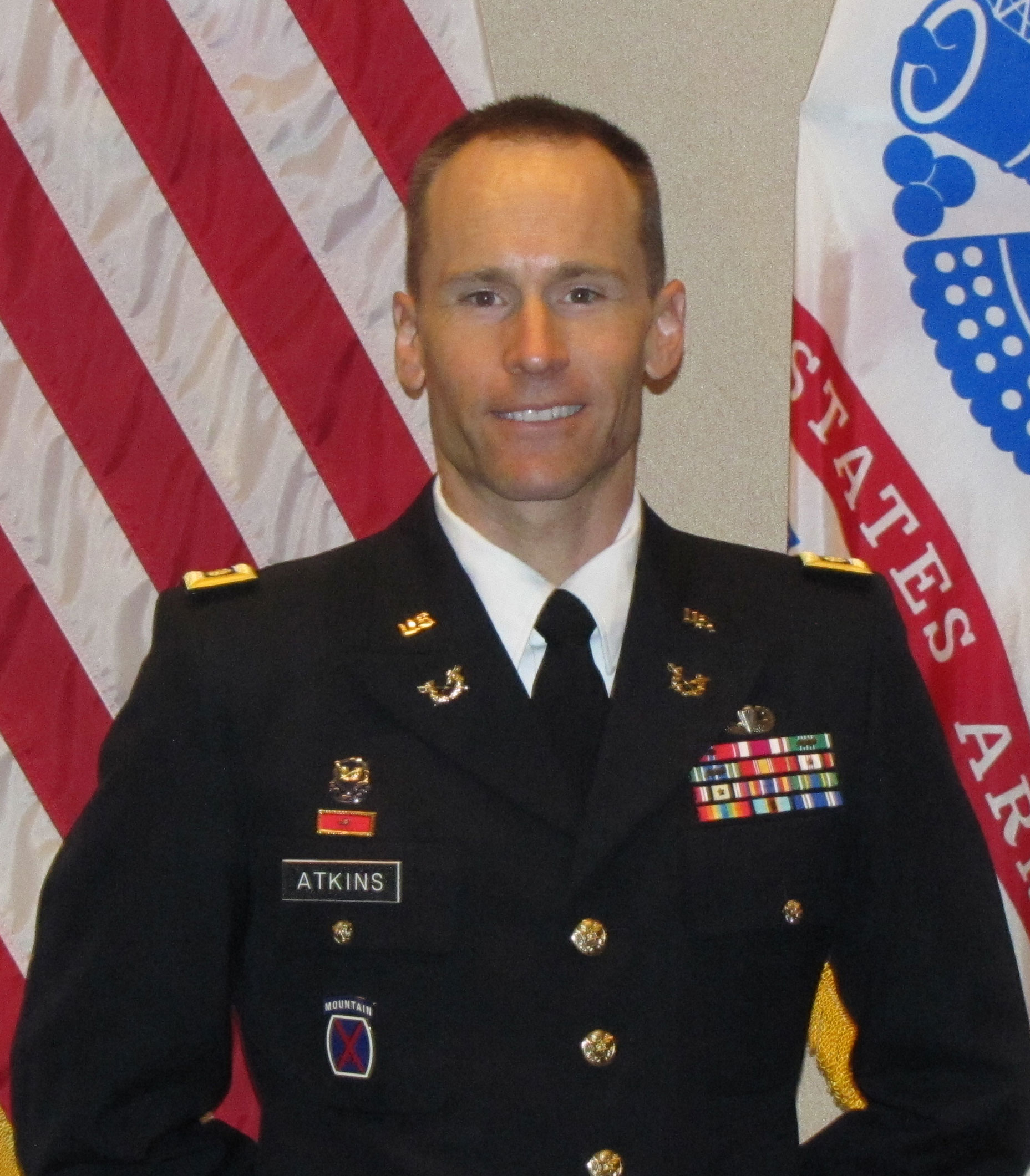 The CGSC Department of Command and Leadership and the CGSC Foundation made a special presentation of the award to Maj. Atkins in a ceremony in the Sen. Pat Roberts Room in the Lewis and Clark Center on June 11, the day before the full graduation ceremony.

The Lieutenant Colonel Boyd McCanna “Mac” Harris Leadership Award goes to the CGSC student who excels academically and demonstrates superior leadership in class. The award is sponsored by Gary and Moira Sinise with a permanent endowment through the CGSC Foundation. Moira Sinise is Lt. Col. Harris’ sister. Lt. Col. Harris, the award’s namesake, was a CGSC instructor and doctrine writer with the Center for Army Leadership. His concept of Be-Know-Do was contained in the 1983 version of FM 22-100, “Army Leadership,” which was published the month he died. Each May at the U.S. Military Academy at West Point, the Boyd M. Harris Leadership Award is given to the student that most excels in the study of leadership. Moira and Gary Sinise felt that a similar award for the CGSC student that exhibits those same qualities should be established at CGSC and the Command and Leadership Department established the award in spring 2014.