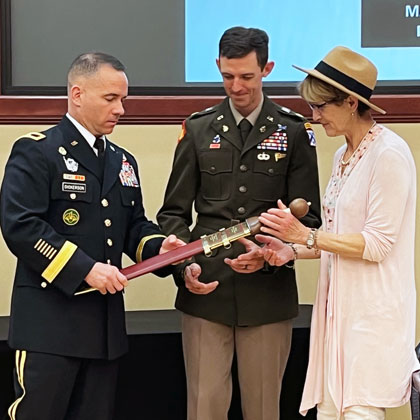 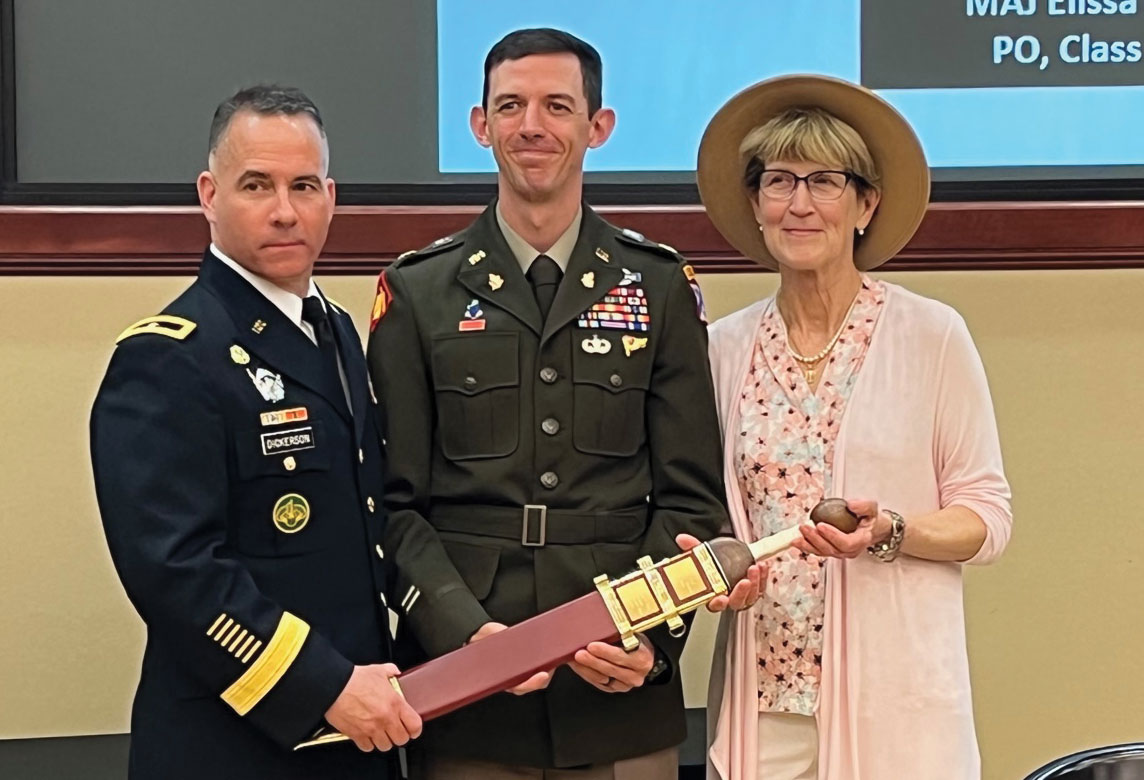 The award is presented to the distinguished SOF student graduate of the resident CGSOC class. It is intended to honor military scholarship recognize excellence in scholarship as well as overall contributions to the SOF body of knowledge. The award is named after CGSC faculty member and Special Forces officer Lt. Col. Ronald C. Ward, who had a distinguished 31-year career in the U.S. Army in Infantry and Special Forces units. Ward was killed in a lightweight sport aircraft accident Oct. 8, 2010, during his assignment to the SOF cell of the Combined Arms Center at Fort Leavenworth.

The award in Ward’s honor was created in 2014 and dedicated to his memory by his family as a means to recognize SOF students long into the future. On behalf of his family, Ms. Beth Ward, Lt. Col. Ward’s wife at the time of his death, endowed the award through the CGSC Foundation. The award is a replica of a Roman Gladius sword with the recipient’s name engraved. In addition, a plaque describing the award with a list of all past recipients is in the SOF directorate offices on the third floor of the Lewis and Clark Center. 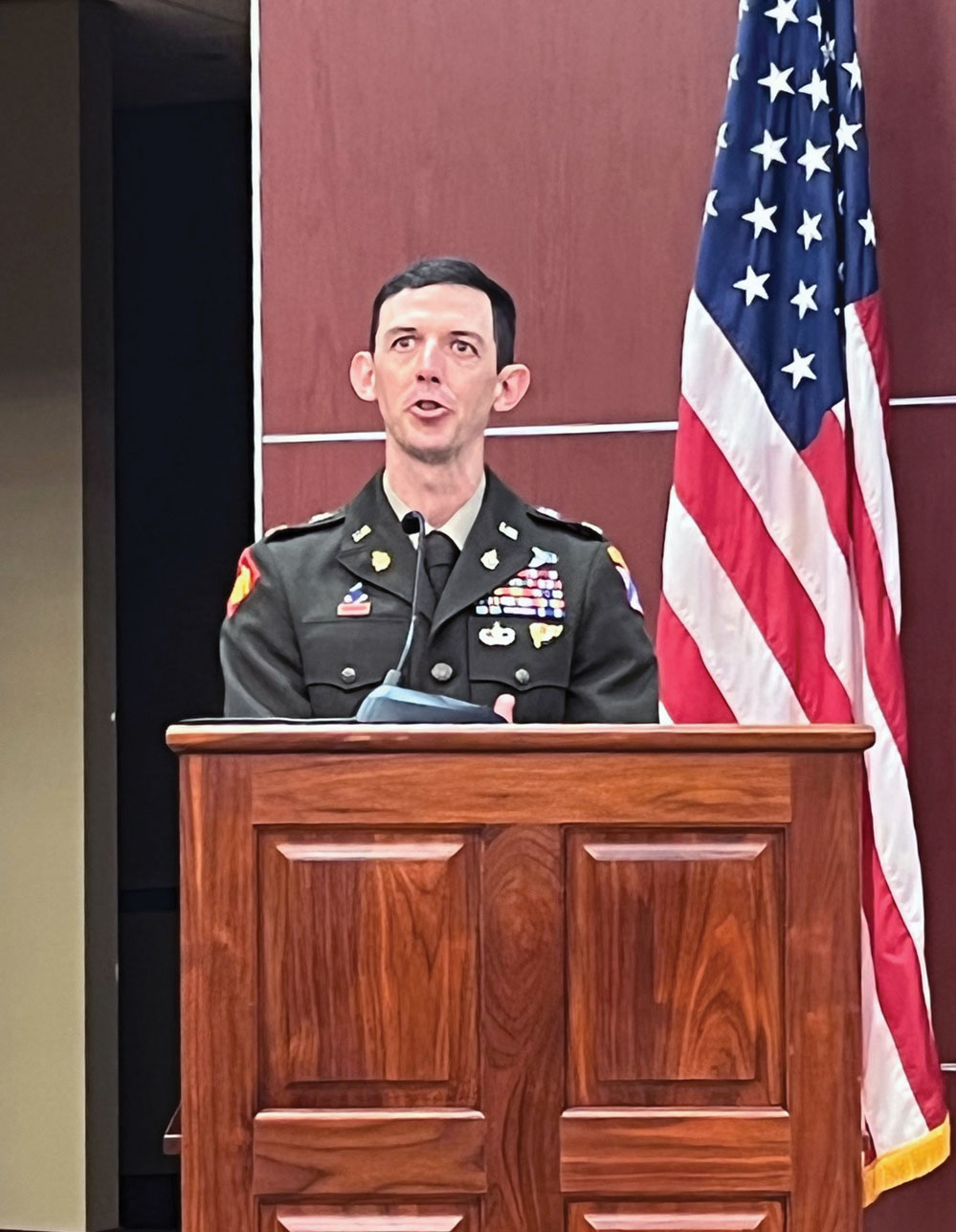 Originally, from Tulsa, Oklahoma, Major Joseph “Josh” Bedingfield enlisted in the Oklahoma Army National Guard (ARNG) in 2005 as an infantryman. He attended the University of Oklahoma and commissioned in the OKARNG as an Infantry Officer in 2010. He initially served with Company B, 1st Battalion, 179th Infantry Regiment and deployed in support of Operation Enduring Freedom in 2011 as a rifle platoon leader. Upon return he served as the scout platoon leader for HHC, 1/179th Infantry and then moved to Fort Benning, Georgia, to serve full time at the Army National Guard Warrior Training Center (ARNG WTC). Between 2012 and 2015, Bedingfield served as a Ranger Instructor with Company A, ARNG WTC, and commanded Company B, ARNG WTC.

In 2015 he was selected at the Civil Affairs Qualification Course and transferred to active duty. He was assigned to the 92nd Civil Affairs Battalion (Special Operations) (Airborne) at Fort Bragg, North Carolina, from 2017-2021, where he deployed twice in support of Operation Atlantic Resolve as the civil military support element team commander in Latvia and as the regional civil military support element chief and deputy J39 at Task Force 10. In 2020 Bedingfield served as the Human Network Analysis (HNA) Chief where he authored the regimental HNA program of instruction and led efforts to integrate with the Information Warfare Center until assignment as a student at the Command and General Staff College in 2021. As a CGSOC student, Bedingfield completed a Masters of Military Arts and Sciences and studied as an Art of Wars Scholar.