The Command and General Staff College inducted two military leaders into its International Hall of Fame at the Lewis and Clark Center on Fort Leavenworth Nov. 16, 2021. With this induction, the College has honored 288 leaders from the more than 8,400 international CGSC graduates. 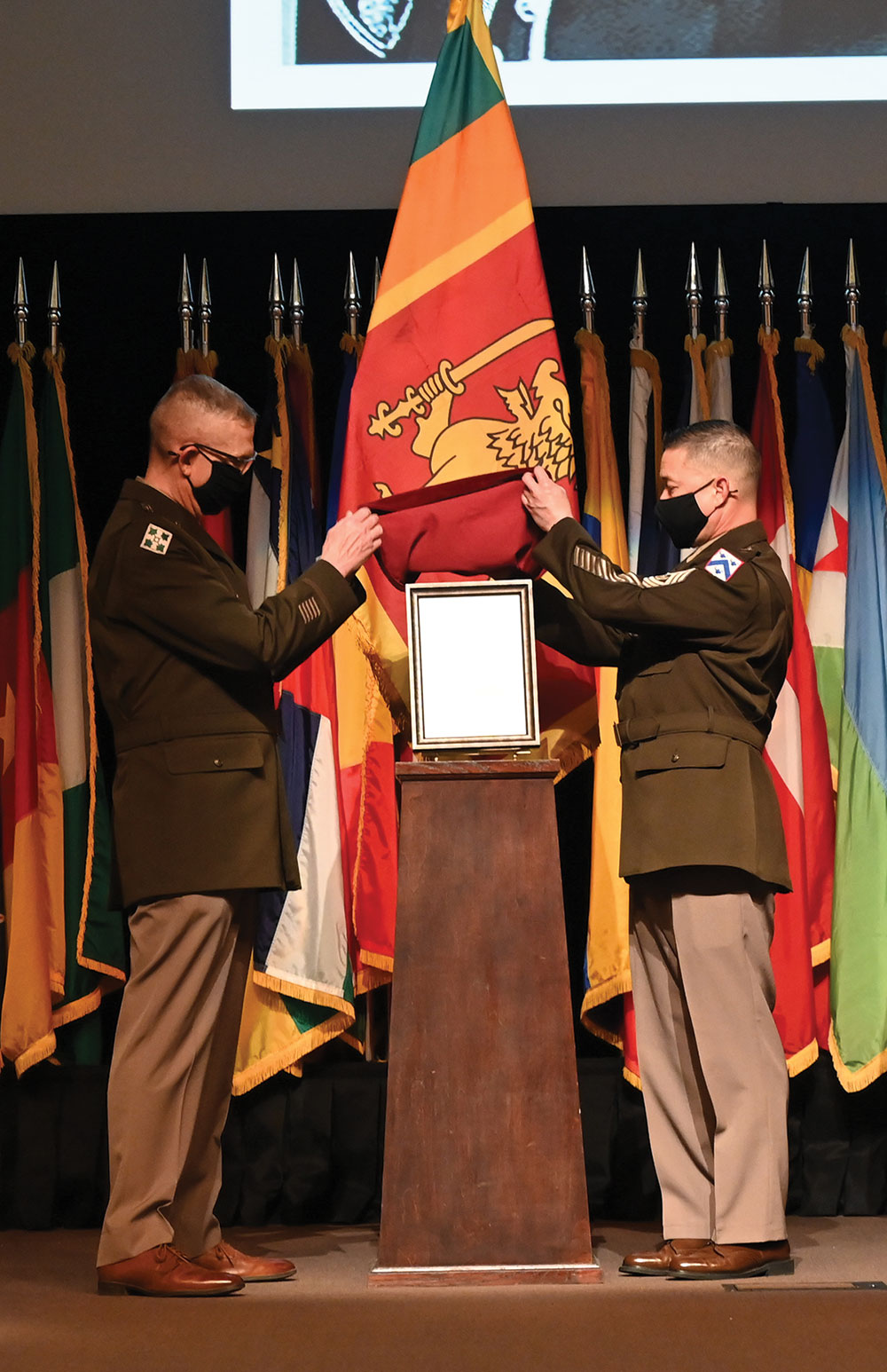 The officers honored were Lt. Gen. N.U.M Mahesh Senanayake, Sri Lanka; and Lt. Gen. Perry Lim Cheng Yeo, Singapore. The honorees were not present for the event, but had sent prepared remarks to be read during the ceremony.

After each inductee’s portraits were unveiled on the stage, the honorees were presented with a Certificate of Honor from Martin. Additionally, CGSC Foundation Chairman Brig. Gen. Bryan Wampler presented each with an eagle statuette symbolizing their appointment as life constituents of the CGSC Foundation.

Lt. Gen. N.U.M Mahesh Senanayake became Commander of the Sri Lanka Army and was elevated to Lieutenant General in June 2017. He is more popularly known as Mahesh Senanayake and is a proud product of the prestigious Ananda College, Colombo. He enlisted to the Sri Lanka Army in 1981. Following graduation and commissioning, he joined the Corps of Engineers and was posted to the 1st Plant Engineer Regiment. He commanded the 3rd Regiment Special Forces, the 211th Infantry Brigade, the Special Forces Brigade, and the 52nd Division. In retirement, he serves as the Colonel of the Regiment of Special Forces. He graduated from the U.S. Army Command and General Staff College in 2000. He is the first IHOF inductee from Sri Lanka.

Lt. Gen. Perry Lim Cheng Yeo became Chief of the Singapore Defence Force in August 2015 and served in that position until 2019. He enlisted in the Army in 1990 and was commissioned from the Singapore Armed Forces Officer Cadet School in August 1991. He is a 2002 graduate of the Command and General Staff College. Lt. Gen. Lim commanded the 1st Battalion Singapore Guards, the 7th Singapore Infantry Brigade, and the 3rd Singapore Division. Before becoming Chief of the Defence Force he served as Chief of the Army. He is the seventh IHOF inductee from Sri Lanka. 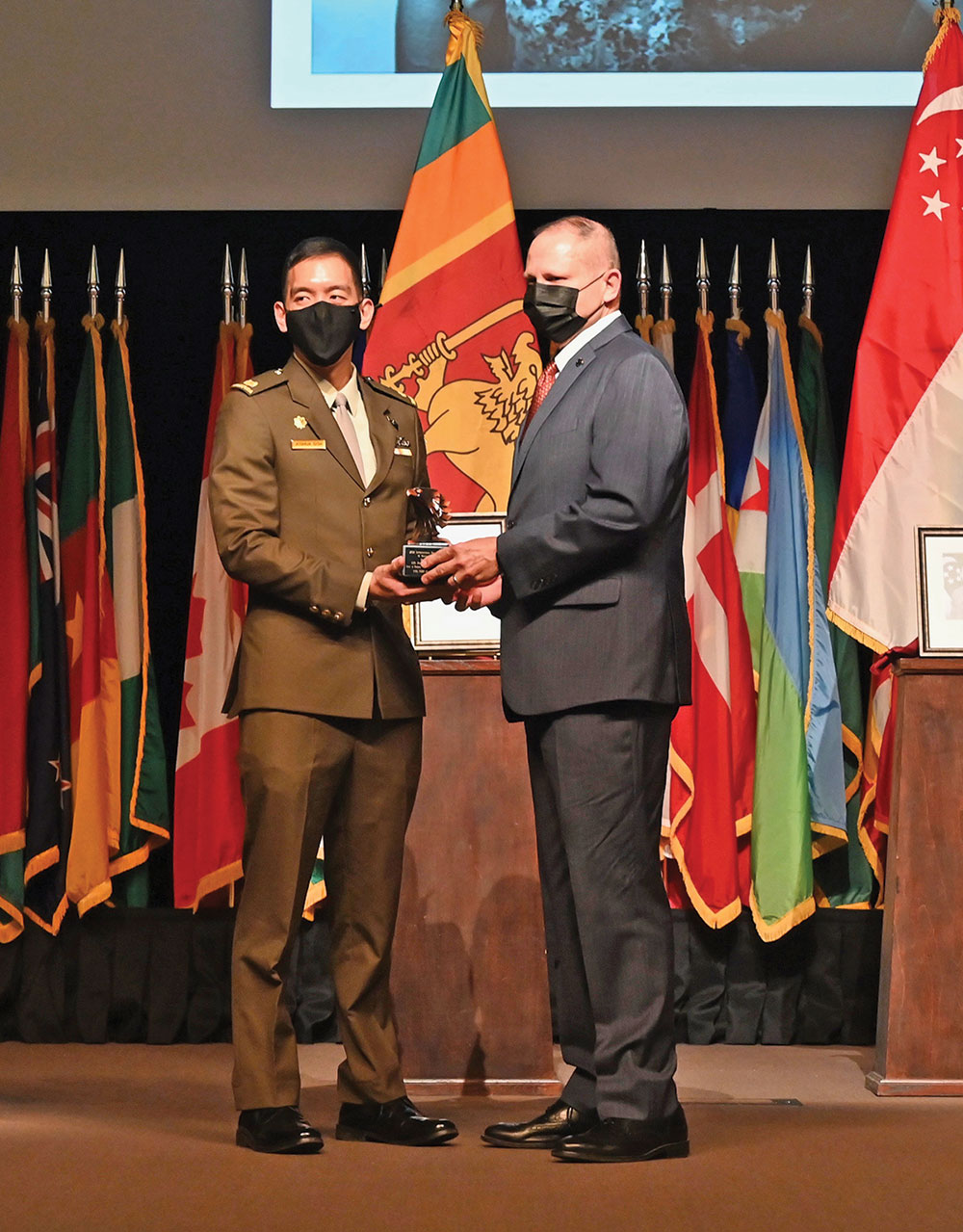 International military student participation in cooperative military studies in the United States originated at Fort Leavenworth with the arrival of Swiss Lieutenant Henri Le Comte in 1894. Since then, international students, representing 166 countries, have become an integral part of the Fort Leavenworth experience. These talented military officers contribute to a rich professional and cultural exchange environment.