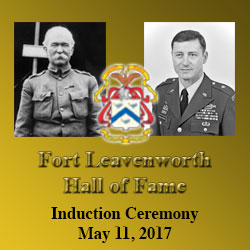 ARMY UNIVERSITY, FORT LEAVENWORTH, Kan.—Fort Leavenworth will induct leaders from two distinct eras into its Hall of Fame in a ceremony at the Lewis and Clark Center May 11 at 1:30 p.m. Deceased Major General William Giles Harding Carter who served from the post-Civil War era to World War I and retired Brigadier General Huba Wass de Czege are this year’s honorees.

Carter was born in Nashville in 1851 and educated at Kentucky Military Institute. As a youth he served as a messenger during the Civil War. In 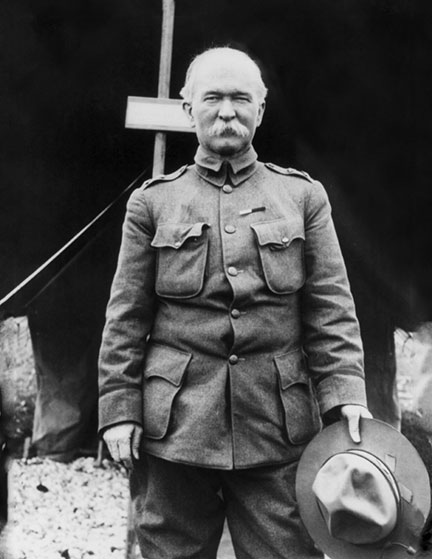 1873 he graduated from the United States Military Academy and was assigned to the 8th Infantry but subsequently transferred to the 6th Cavalry Regiment and participated in many actions and campaigns. In 1881, he received the Medal of Honor for heroism in action at the Battle of Cibicu Creek in the Arizona Territory.

In 1893 Carter arrived at Fort Leavenworth. While commanding his company he concurrently served as an assistant instructor in the Cavalry Department of the Infantry and Cavalry School. During this period he published Horses, Saddles, and Bridles, a significant work that increased the prestige of the school. He also became the editor of the Journal of the United States Cavalry Association. Carter also became an advocate of reform in Army education. In “The Infantry and Cavalry School at Fort Leavenworth,” he argued that theory should go hand-in-hand with practical application in officer education.

After departing Fort Leavenworth in 1897, Carter continued his quest for Army education reform. As a close adviser to Secretary of War, Carter was instrumental in bringing a general staff system to the Army in 1903, replacing the ineffective bureau system. Additionally, Carter pushed for the creation of a war college to better prepare senior officers. These ideas largely came to fruition in 1901 with General Order No. 155, which established a hierarchy of Army schools that began with elementary topics at post schools, progressed to special service schools, then recognized the General Service and Staff College at Fort Leavenworth and culminating with the Army War College. General Order No. 155 also tied progression through this educational system to continued promotion, vastly increasing the Army’s professionalization.

After serving as commanding general of the Hawaiian Department, he retired from the Army on November 19, 1915 but was recalled to active duty in 1917. During this period he commanded the Central Department in Chicago, Illinois until his second retirement in February 1918. Carter was the last officer on active duty with Civil War service. He died on May 24, 1925 in Washington D.C. and was buried in Arlington National Cemetery.

Born in Hungary in 1941,Huba Wass de Czege escaped to West Germany just as the Soviet armies approached. Immigrating to the United States in 1951 he graduated from the United States Military Academy in 1964 and was commissioned an infantry officer. Wass de Czege served as a platoon leader in the 8th Infantry Division in Germany. In January 1967, he deployed to Vietnam where he became a senior advisor for a Vietnamese ranger battalion. He returned to Vietnam in 1968 and assumed command of Company A, 3d Battalion, 503d Infantry, 173d Airborne Brigade. 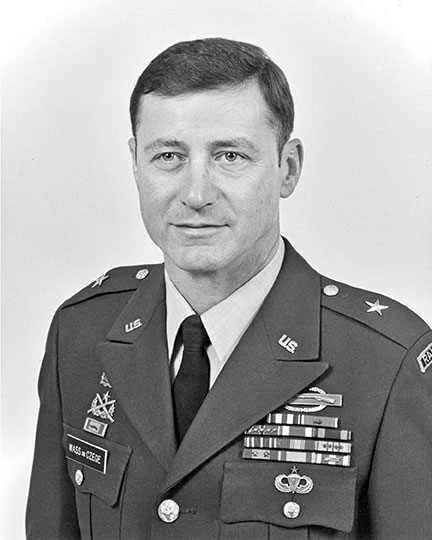 After returning from Vietnam, Wass de Czege graduated from the Infantry Officer Advanced Course in 1970 before attending the John F. Kennedy School of Government at Harvard where he earned a master’s degree in public administration. He graduated from the Command and General Staff College at Fort Leavenworth in 1976. Over the next four years he served a series of assignments in the 9th Infantry Division, including commander of the 2d Battalion, 60th Infantry.

Returning to Fort Leavenworth, Wass de Czege served as chief of the doctrine section. In this assignment he was the principle author of the 1982 edition of FM 100-5, AirLand Battle. He became the first director of the School of Advanced Military Studies in 1983. From 1985 to 1988 he commanded the 9th Infantry Regiment at Fort Ord, Calif. After promotion to brigadier general, Wass de Czege spent the next three years in Europe, assisting NATO and SHAPE in the implementation of the Arms Control Verification Accord with the collapsing Warsaw Pact nations. In his final assignment, Wass de Czege served as the assistant division commander for the 1st Infantry Division at Fort Riley and retired from active service in 1993.

After retirement from the Army, Wass de Czege retained his role as an influential military thinker and was heavily involved in the Army After Next Project. Wass de Czege’s awards and decorations include the Distinguished Service Medal, the Silver Star, the Legion of Merit with Oak Leaf Cluster, and the Bronze Star with two “V” Devices and four Oak Leaf Clusters.

Induction of Carter and Wass de Czege brings the Hall of Fame to 112 members. Members of the Hall of Fame served at least one assignment at Fort Leavenworth and made important contributions to the Army or the nation.

The hall is organized in eras. Brig. Gen. Henry Leavenworth and the explorers Meriwether Lewis and William Clark are included in the pre-Civil War era. The Civil War to World War I era sees Maj. Gen. James Bell, one of the early proponents for professional military education, and generals from North and South, Robert E. Lee, Phillip Sheridan, and William T. Sherman among others. The World War I and II era features the only American Soldiers to wear five stars, Generals of the Army Henry H. Arnold, Omar Bradley, Dwight D. Eisenhower, Douglas MacArthur, and George C. Marshall. The Korea, Vietnam and Cold War era includes leaders in Vietnam Gen. Creighton W. Abrams, and Gen. William Westmoreland, Gen. William DePuy who was the first commander of the Army’s Training and Doctrine Command, Col. Roger Donlon who as a lieutenant was the first Medal of Honor recipient in Vietnam, and Gen. Colin Powell.