Founding trustee elected as new Foundation President of the Board 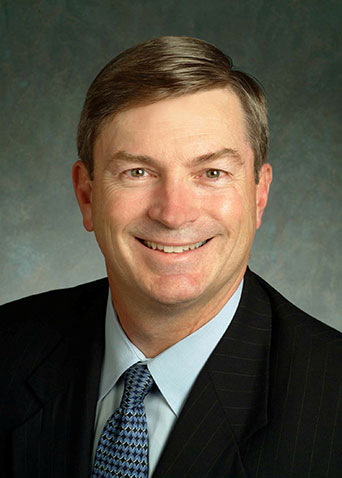 Michael D. Hockley, a Founding Trustee of the CGSC Foundation, was elected as president of the board March 21, 2013.  His election to the post comes on the heels of the resignation of the former board president Hyrum Smith. Hockley assumed duties immediately upon election.

Hockley served on the CGSC Foundation Board of Trustees from June 17, 2007 to Sept. 13, 2012. As a Founding Trustee he has been involved in the growth of the CGSC Foundation since its incorporation. In his message in the Spring 2013 Foundation News magazine, retired Lt. Gen. Robert Arter, Foundation Chairman, said, “[Mike] is a ‘seer’ and ‘doer’…who unerringly goes to the heart of things.”

Hockley is a partner with Spencer Fane Britt & Browne LLP, in Kansas City, Mo., where he is a member of its Environmental Law practice group and has served in a variety of firm management positions, including as a member of the firm’s executive committee. He graduated from the U.S. Military Academy at West Point in 1973 and the University of Nebraska College of Law in 1980.  He served 14 years as an active duty Army officer and completed his service as a lieutenant colonel in the U.S. Army Reserve.

Download Hockley’s complete biography here.  It is also posted on the “Officers” page of the Foundation website.