The U.S. Army Command and General Staff College and the CGSC Foundation cohosted a National Security Roundtable program April 1-2, 2015 at the Lewis and Clark Center on Fort Leavenworth, Kan.

Seventeen business leaders from eight states were represented in this NSRT class. During the evening of April 1, the guests were welcomed with short presentations from the CGSC Deputy Commandant Brig. Gen. Chris Hughes and retired Ambassador Stephen M. Young, followed by a reception.

On April 2, CGSC’s Department of Joint, Interagency and Multinational Operations led panel discussions on China and Russia. Additionally, student escorts assigned to each guest took them to their classrooms to give them a taste of CGSC instruction.

“Initial feedback to the Foundation from the participants has been very positive,” said Any Soby, Foundation Director of Operations.

One participant said, “The staff, faculty and students at the roundtable were equally kind, cultured and educated. It was an experience that I wouldn’t have
wanted to miss. I particularly enjoyed the classroom visit and the discussion between American and international students concerning global affairs.”

“It was a great experience for me to participate in the NSRT at Fort Leavenworth,” said another participant. “The meticulous preparation and execution was very professional and rewarding for me.  One of my significant take-aways was to gain first-hand knowledge of the very high level of professionalism that is currently in our U.S. Army. It was also very satisfying to observe the training programs the U.S. Army has for officers who can provide leadership for our freedom and favorable influence worldwide.”

“What an incredible event!” said another. “I can’t believe how much I learned in such a short time. My student escort was wonderful and gave me an insight into the life and training of the CGSC students. I had never been to Fort Leavenworth before and now I have a rich appreciation for the important role of CGSC to our nation’s defense.  Thank you for selecting me for the program. It was an honor.”

Click the image below to view photos from the two day event. 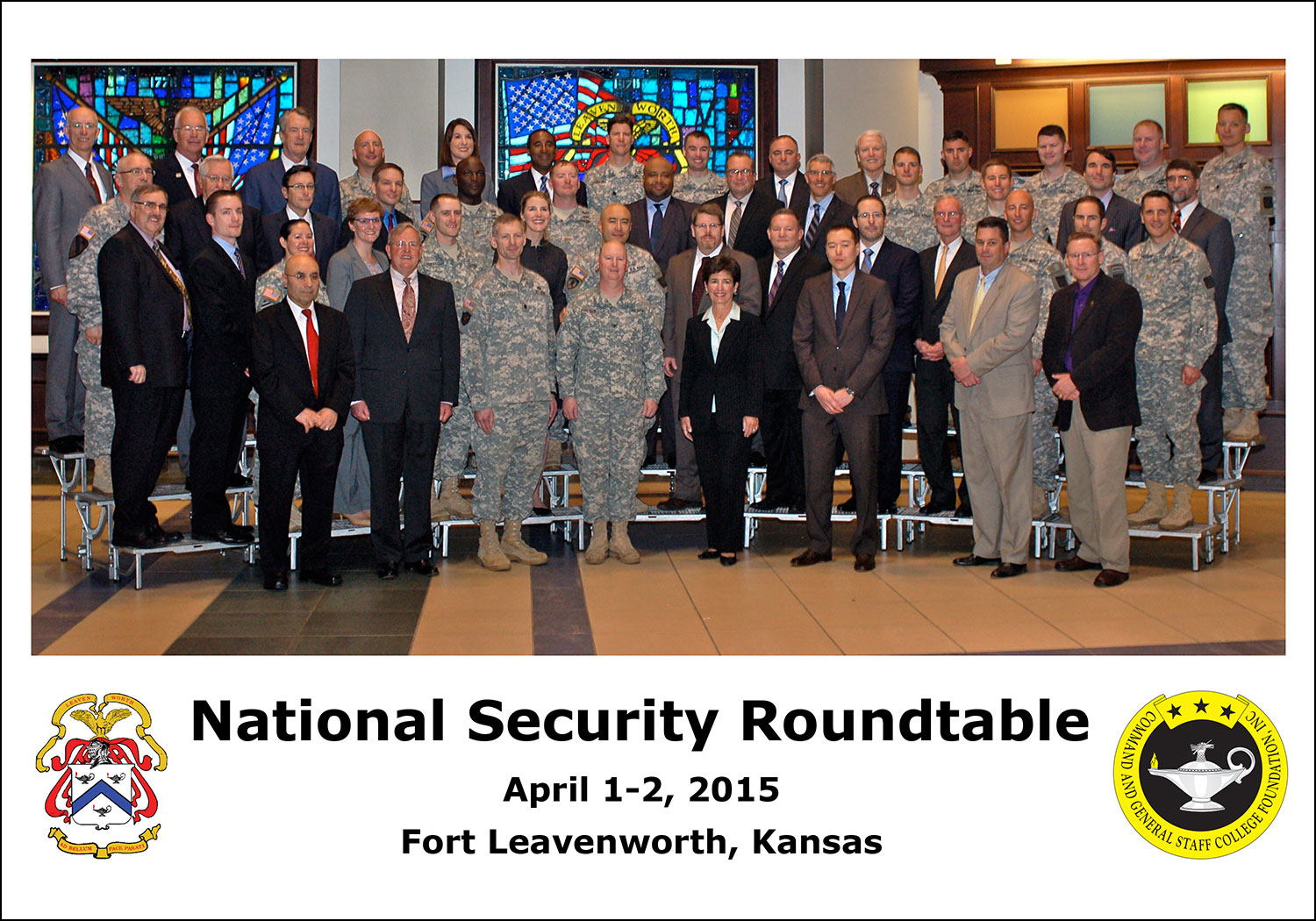