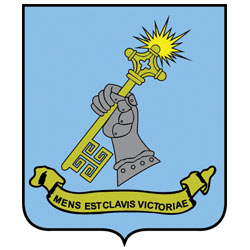 The CGSC Foundation has selected the faculty and 2017 graduating class of CGSC’s School of Advanced Military Studies (SAMS) as the Person(s) of the Month for May 2017. Graduation for the 2017 class is May 25.

AMSP is a one-year program for promotable captains, majors, and junior lieutenant colonels. Students must have completed CGSOC or their service’s staff school equivalent and volunteer for an in-depth selection process to be chosen for the rigorous graduate level education in operational art to earn a master’s in Theater Operations. Graduates from this program are assigned as staff leaders and planners at the division, corps, and service component level.

ASLSP is a two-year, senior service college program for lieutenant colonels and colonels who earn a master’s in Strategic Studies upon graduation. During the second-year, ASLSP students are assigned as seminar leaders for AMSP students. ASLSP graduates are assigned to theater level organizations, combatant commands, or other ‘four star’ headquarters.

Students in the class include officers across the operations, force sustainment, and operations support categories. There are also students from other U.S. government agencies: Defense Intelligence Agency, Department of Homeland Security, and State Department.

These graduates, from their various military services or government agencies, specialties, and experiences, are considered by many to be premier “thinkers” on operational art and the future leaders of their organizations. The SAMS curriculum is rigorous – the average student reads approximately 150 pages of material each night, writes five papers in addition to a research monograph, and spend countless hours in class and doing individual academic preparation.

Although the program requires a substantial amount of their available time, students do find time for additional pursuits. – Major Denn partnered with the Tug McGraw Foundation to raise money and awareness PTSD and TBI research and treatment for veterans. Others such as Majors Bakke, Fox, and Brock published articles to further the body of professional knowledge.

The SAMS faculty coach, teach, and mentor students throughout the year to accomplish the graduate outcomes of the programs. Additionally, professors continually strive for excellence in their academic discipline and research to produce scholarly publications. Examples of faculty excellence this year include: Dr. Tony Carlson selected as the SAMS Educator of the Year 2016; Dr. John Curatola published the book Bigger Bombs for a Better Tomorrow; Dr. Rick Herrera was awarded a one-month residential fellowship at the National Library for the Study of George Washington; Chris Marsh published “Developments in Russian Special Operations” in the Canadian SOF Education and Research Center; Dr. Jacob Stoil published “The Same Yet Different: U.S. and Gulf State Interests in the Post-Arab Maghreb” in Center for Naval Analysis and was selected as the Director for North America for the Second World War Research Group; Dr. Robert Davis was selected as Interim Director, ASP3; and Dr. Steve Bourque became a “SAMS Professor Emeritus.”

For these reasons, the CGSC Foundation salutes and recognizes the SAMS faculty and students in the SAMS Class of 2017 for their professional dedication, excellence, and continued service in the profession of arms and to their nations.