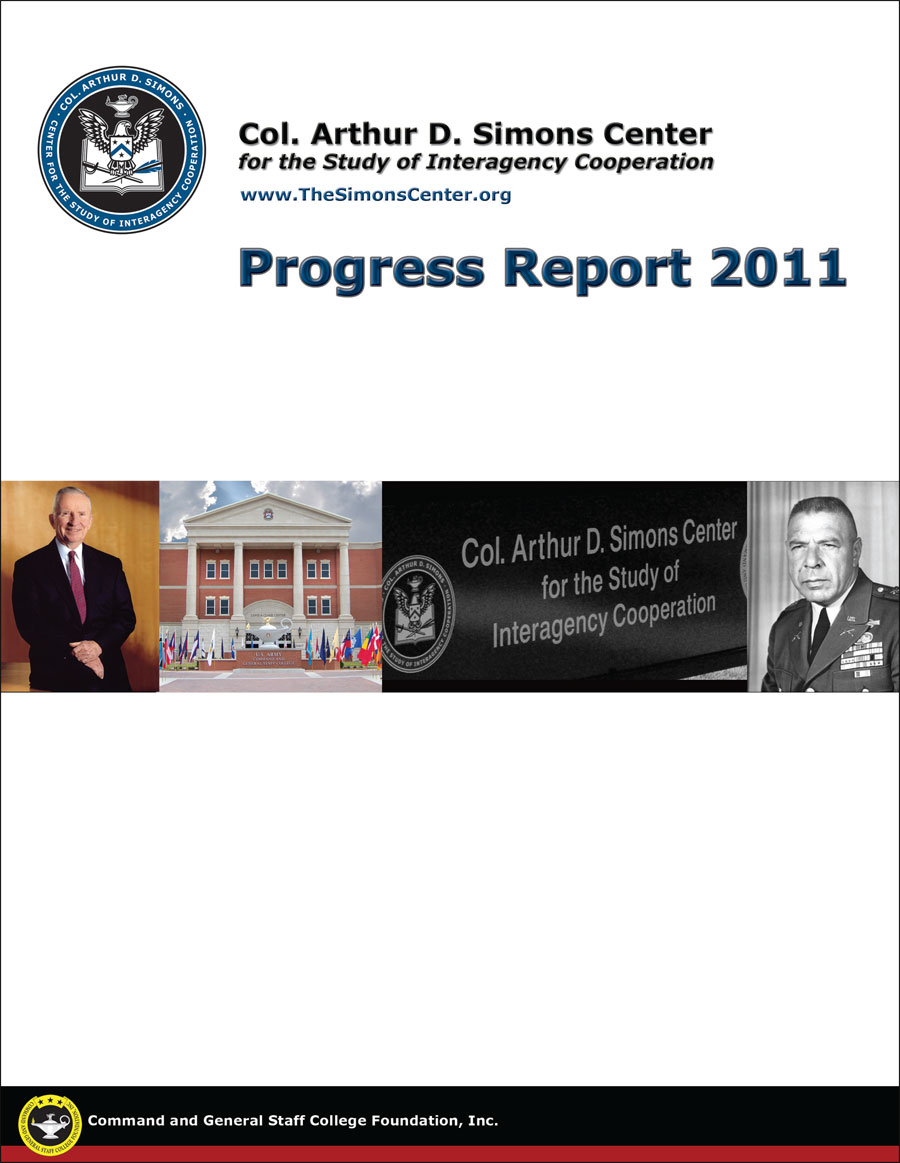 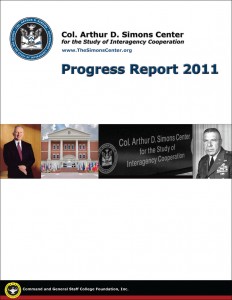 This report notes the progress we have made in just two years with the Colonel Arthur D. Simons Center for the Study of Interagency Cooperation. At this writing, the Simons Center, a program of the CGSC Foundation, has made remarkable progress.

The Simons Center was created to support scholarship within the U.S. Army Command and General Staff College and to foster interagency cooperation. Former commandant Lt. Gen.William B. Caldwell, IV, started an exchange program with several federal departments and agencies to stimulate discussion and education within the federal government. When Mr. Ross Perot asked how he could help the College, the Foundation presented him with a proposal to establish a center for the study of interagency cooperation. Perot provided startup funding and asked that the center be named after Colonel Arthur D. “Bull” Simons, leader of the 1970 Son Tay Raid into North Vietnam and the person who organized and led the operation to rescue two of Mr. Perot’s employees the Iranian government had taken hostage in 1979.

It is fitting that this center was named after Bull Simons, a decisive, mission-focused, no-nonsense leader. In just two years the Simons Center has become the focal point for interagency cooperation at the operational and tactical levels of effort. In this report, Ted Strickler, the executive director of the center notes the extraordinary progress made in just two years. Noteworthy is recognition by members of Congress that the Simons Center is the “go to” organization for knowledge about interagency cooperation.

The Simons Center has become an agent of influence in support of interagency cooperation at a critical time in American history. As budgets are cut across the government, departments and agencies must work together more efficiently and effectively to do the people’s work. As we learned in the military services, working together as a joint force enables each service to bring its unique skills, knowledge and ability to the fight in a way that magnifies results. So too, the departments and agencies of the U.S. government must “task organize” in support of domestic emergencies and overseas contingencies because working together can save money, improve collaboration and produce better results.