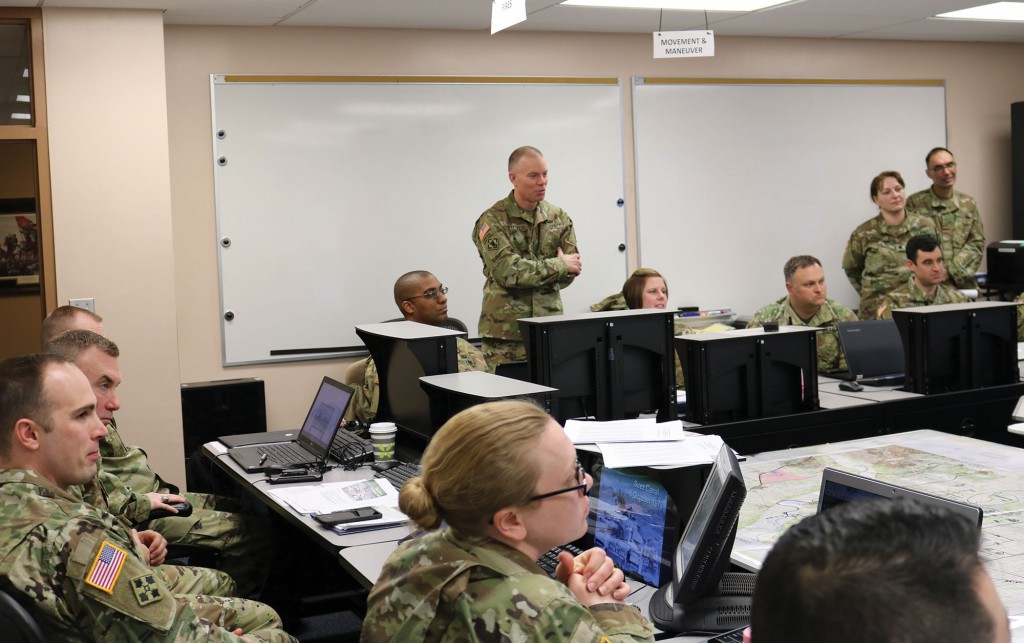 The classroom instruction Walter visited was being facilitated by TASS Instructors assigned to the 10th Battalion, 80th Training Regiment, one of the division’s subordinate units. The TASS students enrolled in the CGSS course were U.S. Army Reserve and Army National Guard officers.

Walter began his visit by observing Lesson C405, Decisive Action, Offense, facilitated by Lt. Col. Edward Vancourt and Maj. Jeff Gunlicks. Following the lesson, he conducted an officer professional development session with the TASS CGSS students discussing four challenges that the officers should expect to encounter and solve after graduation. The first challenge that Walter discussed was the importance of understanding the Sustainable Readiness Model, a subject from their F100, Force Management Curriculum. This model emphasizes that each soldier and their assigned unit must be either ready or prepared at all times. Second, he encouraged the TASS students to learn all they could during the course and to continue their military education throughout their careers by completing the Reserve Component National Security Course, the Defense Strategy Course and Senior Service College. Third, he emphasized the importance of serving in difficult key and developmental assignments as a major and striving to become a battalion commander or serve in key senior military leadership positions. His final challenge for the students was to learn how to balance the demands of a civilian job, with family obligations, Army Reserve assignments and attendance at CGSS. 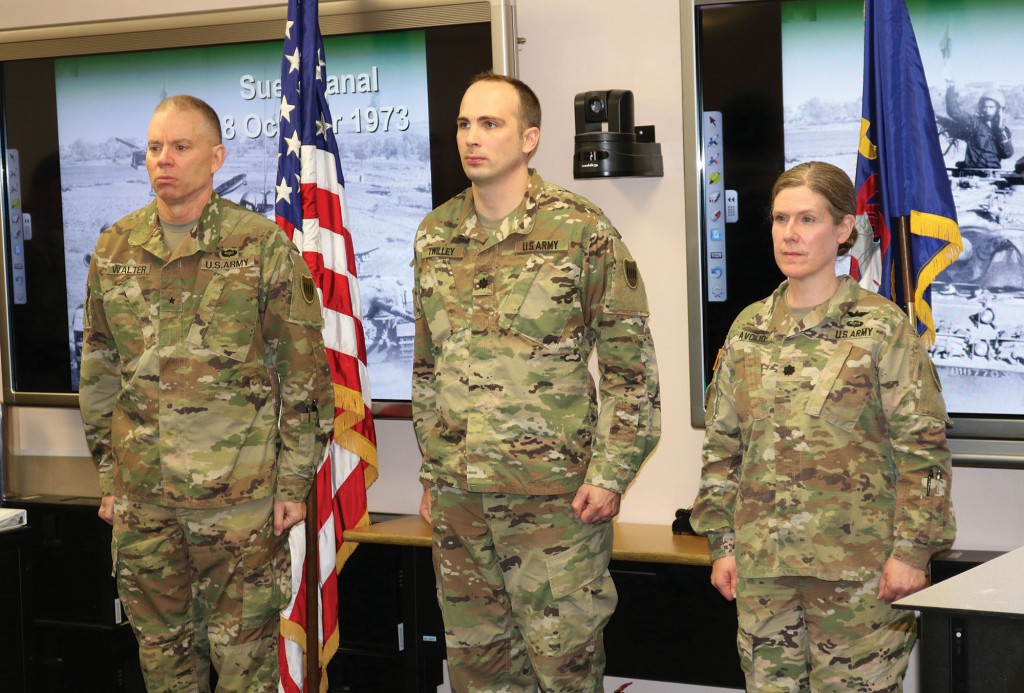 From left, Brig. Gen. Walter, Maj. Lester Twilley, a TASS CGSS instructor, and Lt. Col. Michelle Avolio, commander of the 10th Training Battalion, stand for the posting of orders during Twilley’s promotion to lieutenant colonel, during Walter’s visit to the class.

Brig. Gen. Walter concluded his visit by serving as the senior officer for the promotion ceremony for one of the TASS instructors. He assisted the 10th Training Battalion Commander, Lt. Col. Michelle Avolio, in promoting Maj. Lester Twilley to lieutenant colonel.

After the day’s activities, Lt. Col. Truax said that Walter’s visit emphasized to the TASS students the importance of graduating from CGSS to prepare themselves to successfully serve as future organizational level leaders.