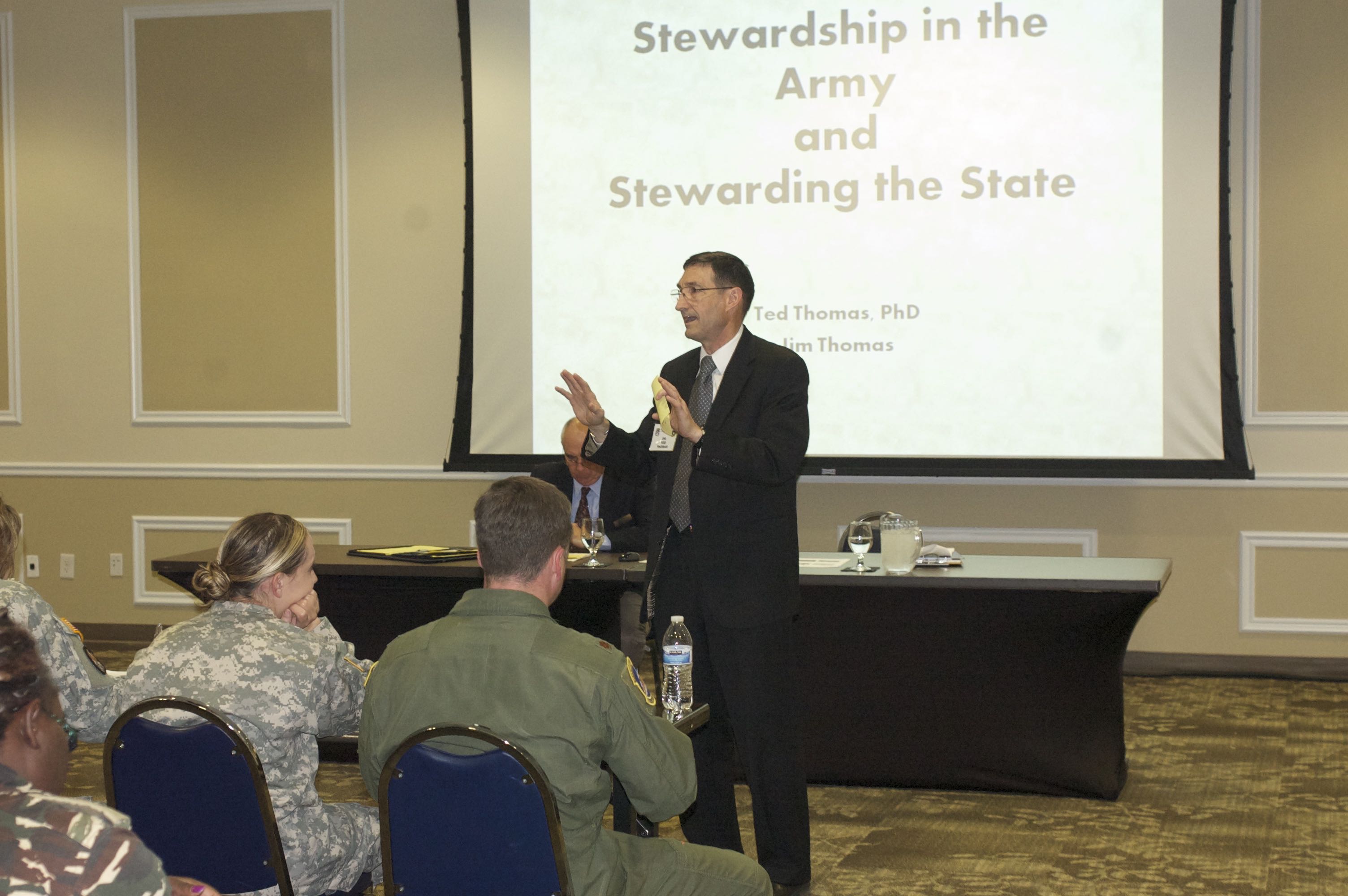 The 2015 Fort Leavenworth Ethics Symposium themed “The Professional Ethic and the State” came to a close April 23. Many participants and organizers who have been involved in this annual symposium remarked that this was one of the best.

On April 21, the second day of the symposium, retired Gen. Carter F. Ham, former Commander, U.S. Africa Command, addressed the attendees along with the current CGSC class in the Eisenhower Auditorium of the Lewis and Clark Center. Ham spoke about a myriad of ethical issues in his experience, including his time on special projects such as the report on the 2009 shootings at Fort Hood, Texas.

Attendees were also treated to an afternoon presentation by Lt. Gen. (Ret.) Daniel P. Bolger, former commander of the 1st Cavalry Division and the NATO Training Mission-Afghanistan and author of Why We Lost: A General’s Inside Account of the Iraq and Afghanistan Wars. Bolger’s comments about leadership failures and accountability generated very lively discussion and questions from the audience.

Day 2 ended with a presentation and special working groups with representative’s from the Center for the Army Profession and Ethic (CAPE). – view photos from Day 2

A highlight of Day 3 (April 22) was a panel discussion featuring doctors Richard Kohn, Martin Cook, Don Snider and Don Connelly. In their panel discussion titled “Representing the Profession,” key points discussed were the legalities and moralities associated with a senior military officer’s decision to resign in protest over an issue. In the afternoon, breakout sessions began with eleven presenters discussing their submitted papers with their audiences.

In the evening of Day 3, the CGSC Foundation hosted a dinner with special guest speaker Dr. Martin Cook from the Naval War College. – view photos from Day 3

Breakout sessions continued on Day 4 (April 23) of the symposium. Thirteen presenters discussed their papers with their audiences. The day and the symposium concluded with final comments from the Ethics Chair, Dr. Bell, CGSC Deputy Commandant Brig. Gen. Chris Hughes and Chaplain (Major) Sean Wead, the coordinator of the symposium from CGSC’s Department of Command and Leadership. – view photos from Day 4