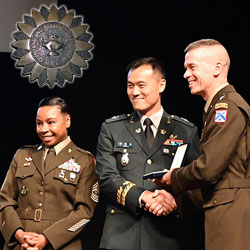 International military students in the CGSOC Class of 2021, received the Command and General Staff College International Officer Graduate Badge during a ceremony June 17, 2021, in the Eisenhower Auditorium at the post’s Lewis and Clark Center. In the 2021 CGSOC graduating class, there were 45 international officers representing 43 countries. 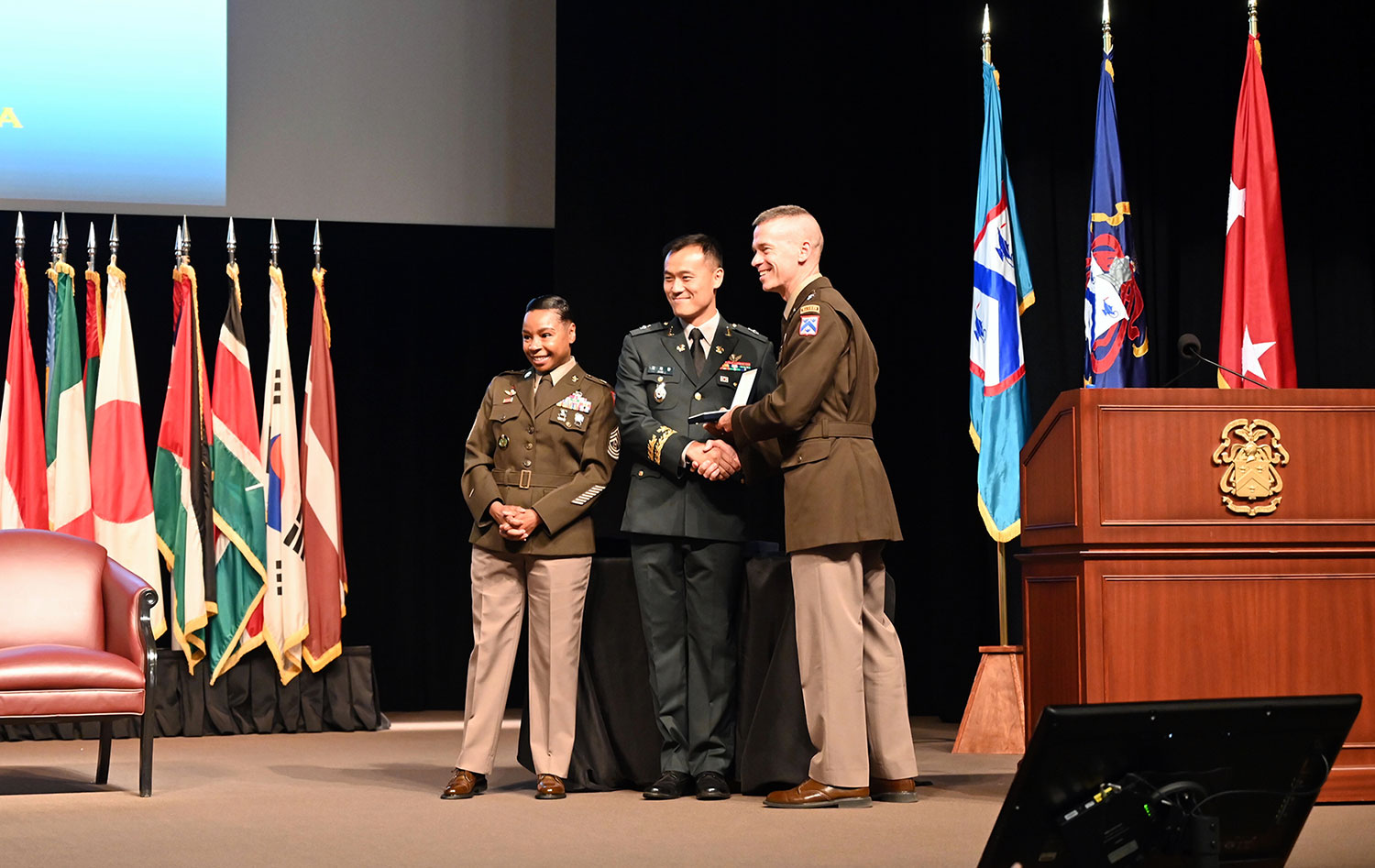 Maj. Gen. Donn H. Hill, Deputy Commandant of the Command and General Staff College, Provost-Army University, and Deputy Commanding General-Education for the Combined Arms Center, and Command and Command Sgt. Maj. Faith Alexander, Senior Enlisted Advisor to the Provost, presented the graduation badges to the graduating international officers of the CGSC Class of 2021 on June 17, 2021.

“Throughout the years international student participation in this college has directly contributed to the strength of our mutual alliances and to the professional development of our respective officer corps,” Hill said. “Indeed the bonds forged here with your international partners may one day prove vital in preventing or resolving conflict in some battlefield we cannot currently predict.”

Badges were presented by Maj. Gen. Hill, along with Command Sgt. Maj. Faith Alexander, Senior Enlisted Advisor to the Provost.

The International Military Student Chief of Staff Lt. Col. Gonzalo Lopez from Chile, provided remarks after the badge presentations, thanking the college staff and faculty and the Fort Leavenworth community for their support in making the international students’ experience enjoyable and successful. After his remarks, Lopez and Maj. Florin Botezan from Romania, presented a class gift to the College.

One thought on “CGSOC Class of 2021 international officers receive badges”

One thought on “CGSOC Class of 2021 international officers receive badges”