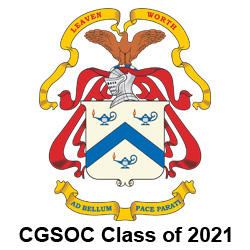 The Command and General Staff Officers Course Class of 2021 kicked off Sept. 8 with the traditional flag ceremony in the Lewis and Clark Center.

This year’s class is comprised of 1,088 students, including 45 international officers from 43 countries.

As usual, active component U.S. Army officers make up the preponderance of the class with 828 students, with an additional 40 from the Army National Guard and 38 from the Army Reserve.

There are 78 U.S. Air Force students, 24 U.S. Navy, 27 U.S. Marine Corps and one officer from the U.S. Coast Guard. Additionally, seven Department of the Army Civilian employees are attending this year.

Another aspect of the CGSOC student body that typically surprises members of the public is the level of education of the students. In this year’s class, 427 of the U.S. students already hold a master’s degree, with another 100 students enrolled in a master’s program. Another seven have a doctoral degree and another six are enrolled in a doctoral program. Additionally, 38 students hold a professional degree (legal or medical).

More than half of the U.S. students have combat experience with 372 reporting three or more combat tours.

The 43 nations represented by their international students are depicted in the graphic below. 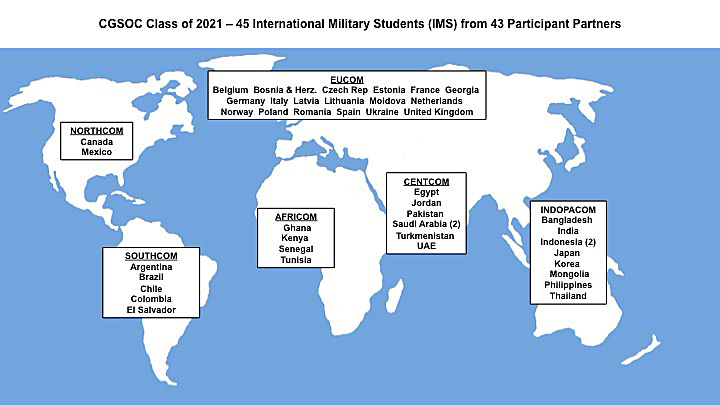