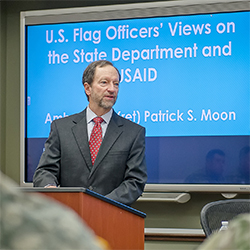 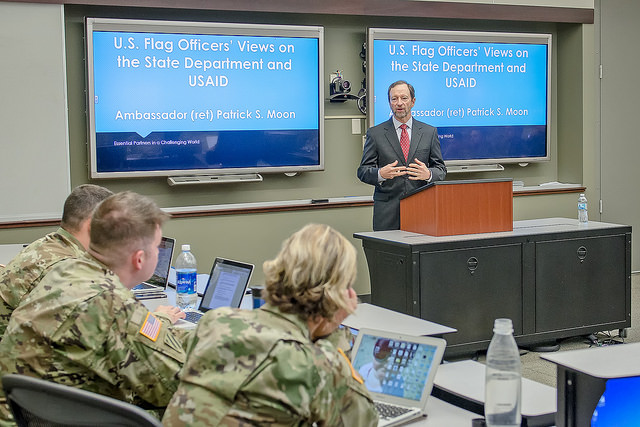 During his visit Ambassador Moon met with students at the University of Saint Mary, where he discussed the important role of women in the development of the Balkans, the various on-going U.S. efforts in Afghanistan, and public service as a Foreign Service Officer with the Department of State. He also met with several seminars of U.S. Army Command and General Staff College students and faculty, where he discussed the topics of European Security Affairs and Country Team operations.