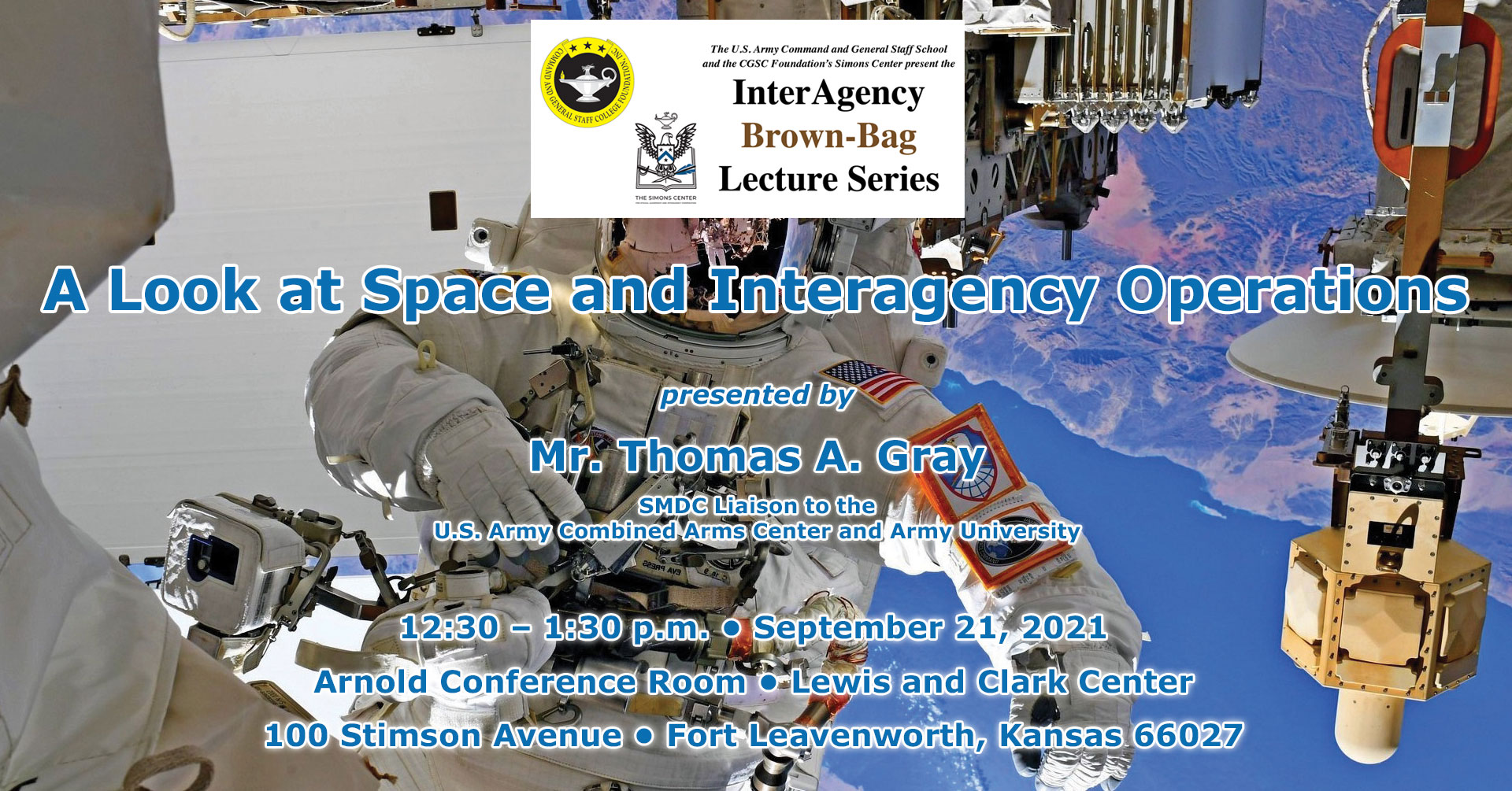 The first presentation of the InterAgency Brown-Bag Lecture Series for CGSC academic year 2022 will be conducted at 12:30 p.m., Sept. 21 in the Arnold Conference Room of the Lewis and Clark Center on Fort Leavenworth.

Please Note: Normally, all lectures in the InterAgency Brown-Bag Lecture Series are free and open to the public and as the series moniker states, the lecture series is conducted in the traditional “brown-bag lunch” format in which attendees are welcome to bring their own lunches into the room. Unfortunately, due to COVID-19 restrictions members of the public are not currently allowed visitation in the Lewis and Clark Center, nor can the attendees bring food or drinks into the auditorium. Attendance will be restricted to Army University/CGSC faculty, staff and students. For those unable to attend, the presentation will be videotaped and later posted on the Foundation’s website, YouTube channel and Facebook page.