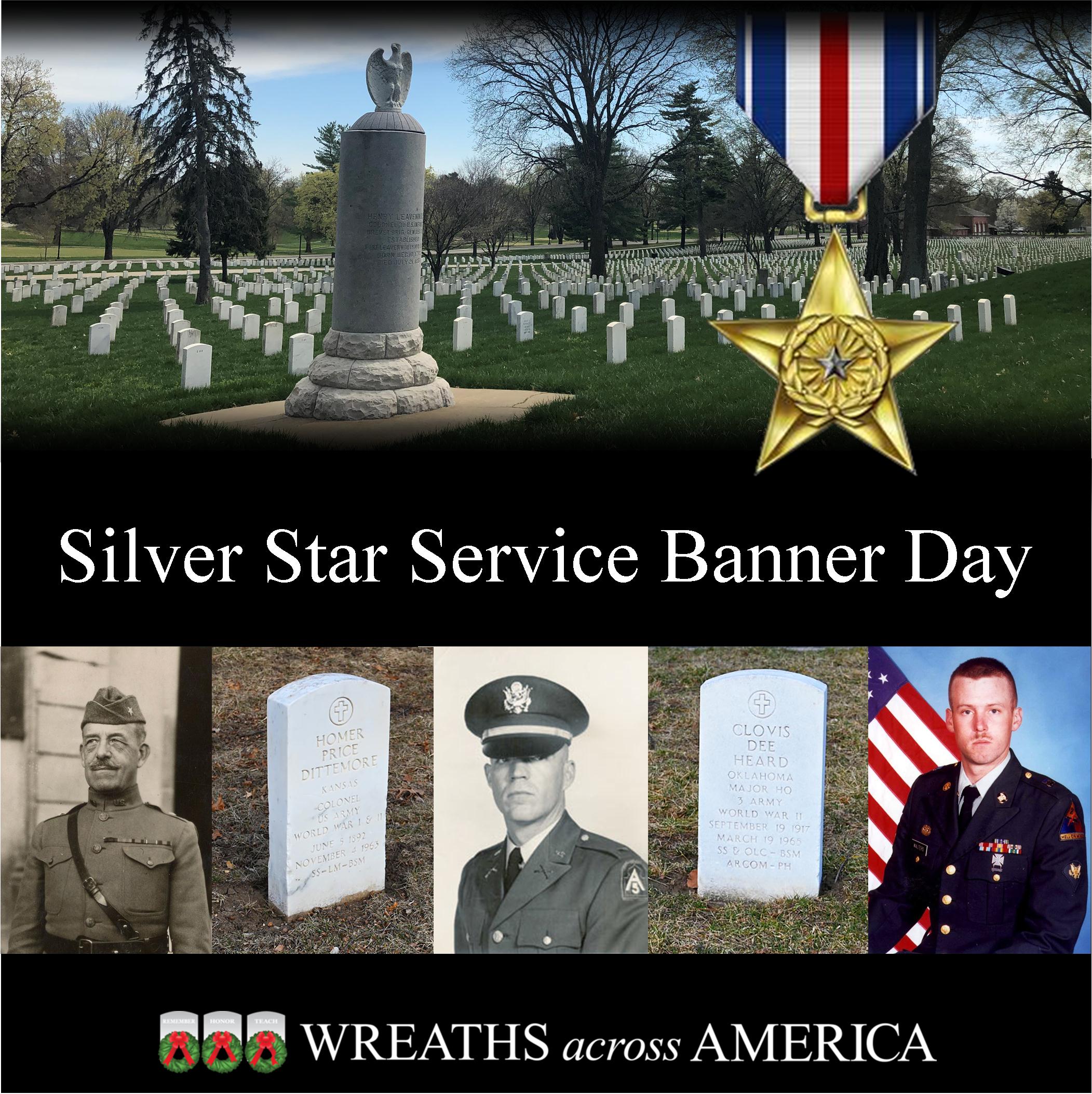 On Silver Star Service Banner Day, we recognize those who have served our nation gallantly and remember the sacrifices of our wounded and ill veterans.

The Silver Star is the third-highest military decoration for valor in combat. Many Silver Star recipients are interred at the Fort Leavenworth National Cemetery, including the five veterans listed below.

You can honor these and other veterans with a wreath of remembrance this holiday season. By sponsoring wreaths through the CGSC Foundation and Wreaths Across America, you ensure that the service and sacrifice of these veterans are not forgotten.