The Army’s Approach to Leader Development 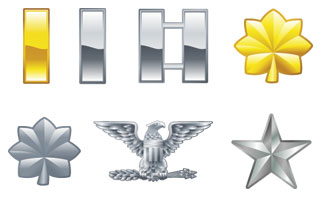 by Jeffrey LaMoe and Ted Strickler

Jeffrey LaMoe is chief of staff for the Command and General Staff College at Fort Leavenworth, Kan.  A retired Army colonel, he previously served as commandant of the National Geospatial-Intelligence School for the National Geospatial-Intelligence Agency.   He was also an associate professor at the United States Military Academy and director of training at the U.S. Army Engineer School.

Ted Strickler is executive director of the Simons Center for the Study of Interagency Cooperation at Fort Leavenworth.  During his 34-year Foreign Service career, he served in Somalia, Ethiopia, Germany, Sudan, Egypt, Switzerland and Italy.  He is the 2002 winner of AFSA’s Christian A. Herter Award for constructive dissent by a Senior Foreign Service officer.

Editor’s Note: The Army’s Approach to Leader Development was published in the Foreign Service Journal in the July-August 2012, Vol. 89, No. 7-8, edition. Download a pdf version here.

Any look at the State Department’s professional education and training programs may benefit from a corresponding review of how other agencies handle this important career development requirement.  Such comparisons may help bring into sharper focus the unstated assumptions and invisible organizational values on which the programs are based, as well as the more visible techniques and methodologies they employ.  With its long history of support for professional training and education, the U.S. Army’s approach may be particularly instructive for the Foreign Service.

As an institution, the Army develops leadership skills and traits in its personnel through a continuing program of professional military education that starts the first day an individual enters the Army, and provides appropriate functional training and professional education throughout a soldier’s career.  By comparison, the State Department’s method for developing professional diplomats, with the exception of language training, is episodic and ad hoc.

Unlike the Army, State concentrates on developing managers, not leaders.  Leadership development at State is largely a function of on-the-job training, which has a long history of mixed results. For that to change, the State Department needs to alter its approach to developing leadership skills in its personnel as part of their overall professional development.

The State Department and the U.S. Army differ in many important respects, but the need for leaders to be well-educated, adaptable and innovative is common to both institutions.  A look at how the Army meets that challenge may be instructive for evaluating how to improve education and training at State.

The Army as a Profession

The Army consciously works to develop its future leaders through training, experience and a formalized, structured program of professional education, a process that takes years. It follows this approach because it cannot hire professionals away from the competition.  Nor is it possible to acquire the expert knowledge and experience to lead Americans in combat without actually spending time in the Army.  Advanced degrees or senior civilian experience are beneficial, but do not by themselves qualify individuals for leadership responsibilities.

State, too, must develop leaders from within who have the right mix of experience and professional education to successfully handle leadership roles and responsibilities in the organization.  As the Army discovered, this requires a continuing program of training and education during an entire career.  Disjointed, stand alone, one-week courses on leadership at unpredictable times in an FSO’s career barely begin to meet that requirement.

The Army trains and educates more than half a million individuals per year in an institutionalized, regular, course-based process.  Known as Professional Military Education, this process is an investment in preparing soldiers for success at their next level of responsibility.  It also confers an appreciation for the responsibilities they will face following subsequent promotions.   Schools and courses at the beginning of soldiers’ careers generally focus on training, to prepare them for certainty.  As their time in service increases, their courses are weighted more toward education, to prepare them for uncertainty.

PME must be delivered at the right time to realize the greatest value.  The benefits are not recoverable if courses are attended out of sequence, provided too late in a soldier’s career or skipped.  For example, an officer needs to attend the Captains Career Course before commanding a company, not afterward.  Once shaped by the command experience, an officer cannot go back and apply what he should have learned from the earlier educational experience.

Figure 1. Example of an officer professional development timeline during a typical career; a recurring pattern of institutional training/education followed by assignment to the operational force.

The Basic Officer Leader Course starts an officer on the career path of professional military development.  During BOLC, officers first learn skills common to all Army officers. The final part of BOLC covers specific technical and tactical skills associated with each specialty or branch (Artillery, Infantry, Engineer, etc.), such as how to operate a tank, how to maneuver an infantry platoon, or how to fly a helicopter.

Participants then learn the skills necessary to train and lead other soldiers.  In their first assignment as platoon leaders, they will each be responsible for developing, training, and leading 16 to 45 soldiers as a unit that can effectively operate in a tactical combat environment with full mastery of their weapon systems.

After about three years in an operational unit, officers are promoted to the rank of captain and return to school for the 24-week Captains Career Course (CCC).  Completion of the CCC, in combination with their platoon leader experience, prepares officers for greater responsibility: as company commanders, they will each be responsible for 100 to 120 troops.  Beginning at about the junior captain level, while they are still working to master their technical branch skills, each officer is also expected to begin, as an apprentice, to develop as a combined arms officer.  The essential task is integrating and synchronizing all the branches of the Army to sustain land operations in any mission.

A key concept of land warfare is integrating the combat power of several different weapon systems and technical branch skills in time and space to achieve a military objective.  In addition to being able to lead their own units effectively, an NCO, warrant officer or commissioned officer must thoroughly understand how the Army works and fights as a combined arms team.  They must also be capable of serving in a joint assignment where they are required to integrate Army capabilities as part of a larger, joint service effort.

As their careers progress, these officer’s go on to master joint operations while developing skills in interagency operations.

At about the 10-year mark in an officer’s career, the Army takes him or her out of operational units for enrollment in an intensive, yearlong academic program known as Intermediate Level Education. ILE marks the first time the Army brings all officers from different branches together in an academic setting to focus on combined arms integration.

Only a limited number of lieutenant colonels and colonels are provided the opportunity to command battalions and brigades.  Battalion and brigade commanders are centrally chosen by a selection board convened each year at the Department of the Army’s headquarters.  Those who are selected attend the School for Command Preparation.  This program, lasting five to seven-weeks, prepares new Army commanders, their spouses and the new command sergeants major for the unique requirements of commanding and leading soldiers during war and peace across the full spectrum of operations.

Leader development is a continuous process ―not a single event, course or assignment. The proportion of time spent in institutional training or education assignments during a career is typically less than 10 percent.  It must be noted, however, this percentage is much higher during the first 12 years of a career so that there is a sufficient period of time for the individual and the Army to benefit from that learning.

These institutional training and education experiences are critical to creating the foundation on which more complex operational experience can be understood and used as a learning opportunity.  While a significant amount of the learning that goes into attaining a developmental state comes from organizational assignments, institutional learning is also necessary to create the best foundation on which to build and synthesize that experience.

It is noteworthy that 6.5 percent of officers entering the Army as second lieutenants have a master’s degree.  But for those who remain in the service for a minimum of 20 years, the percentage of officers with at least one graduate degree increases to 84 percent.  For many of these individuals, the advanced degree was earned with the help of the Army, either at a military school such as the Command and General Staff College or the Army War College, or in one of the many subsidized programs at civilian colleges and universities.

As an indicator of the Army’s support and investment in the development of an individual soldier’s career, this is a remarkable measure of performance.  What is equally impressive is the effectiveness of that commitment in grooming soldiers for top leadership positions.  In devoting the energy and resources to maintain this extensive training and educational program of professional career development, the Army is confirming its belief that leaders are made, not born.

The Army’s investment in training and education provides the essential foundation on which on-the-job experience can take root and grow.  Experience alone produces technically capable but one-dimensional soldiers.  While the level of resources available to the Army facilitates implementation its vision of leader development, the institutional commitment to supporting that vision is the real reason for its success.

In terms of professional education supporting leader development, the Army really does put its money where its mouth is.

The lessons that the State Department can learn from the Army’s experience with professional leader development can be summarized as follows:

1. Leaders are made, not born.

2. Leader development requires the proper mix of training, education and experience throughout an entire career.

3. Professional development of subordinates is as much the responsibility of supervisors as it is of the institution itself.

4. Leader development needs to be a top organizational priority.

Resources are always an issue, but the Army has shown that an unwavering, institutional commitment to leader development as a core element of professional training and education is the important first step in obtaining the necessary money and personnel for such a program.

For the State Department to carry out its foreign policy and diplomatic mandates, it needs a Foreign Service composed of trained professional leaders, not talented amateurs.  The Army has a proven, professional leader development system that State would do well to study and adapt for its own needs.