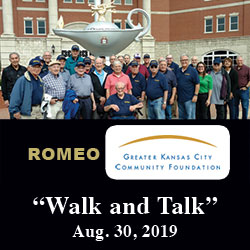 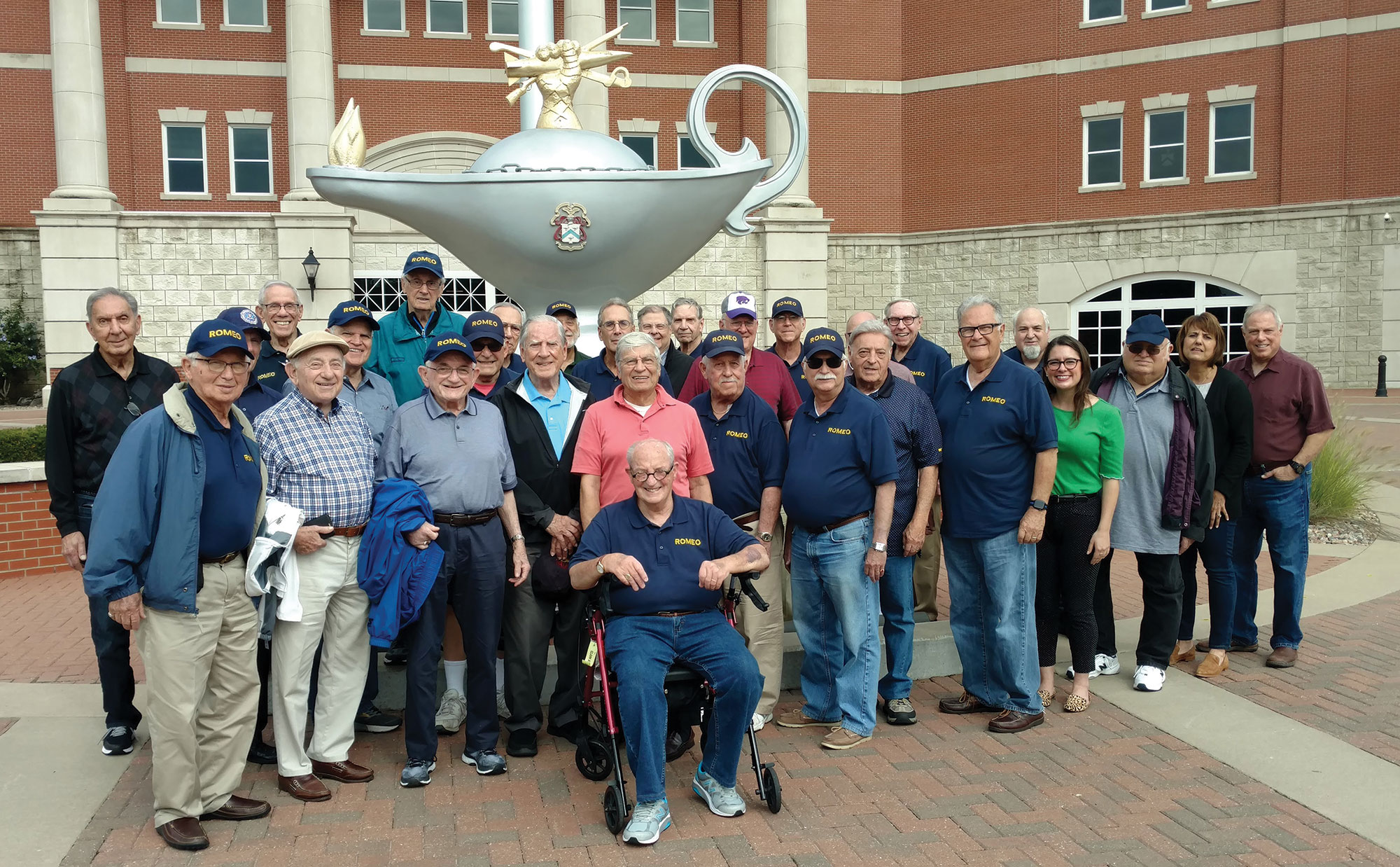 On Aug. 30, the CGSC Foundation hosted the ROMEOs from Overland Park, Kansas, along with two members of the Greater Kansas City Community Foundation on a “Walk and Talk” tour of Fort Leavenworth and the Command and General Staff College.

The ROMEOs – Retired Old Men Eating Out – are a social group that gathers for dinners and other special occasions such as this event and other tours in the Kansas City area. The Greater Kansas City Community Foundation representatives were Senior Vice President of Foundation Relations and Operations Brenda Chumley and Digital Communications/Events Associate Sidney Peterson.

Foundation President/CEO Rod Cox led the group’s tour teaching them about the current operations of the fort and its rich history. Stops on the post tour included the National Cemetery; the Rookery, which is the oldest continually occupied residence in the state of Kansas (built circa 1834) and the former home of the Douglas MacArthur; the Eisenhower Quarters where in 1925-1926 then-Major Dwight D. Eisenhower, his wife and son lived while he attended CGSC; the Main Parade Field and the original cantonment area; the original U.S. Disciplinary Barracks; the Trails West monument, which stands beside the still-visible cut in the bank made by wagons climbing the banks from the Missouri River to head west on the Oregon and Santa Fe Trails; and the post headquarters.

After the post tour, Cox lead the group to the Lewis and Clark Center, home of the U.S. Army Command and General Staff College. Cox spoke to them about the mission of the College and showed them the technology used in the classrooms and throughout the facility.

In the atrium of the Lewis and Clark Center they viewed the shadowbox displays of the Fort Leavenworth Hall of Fame and were met by Lt. Gen. (Ret.) Richard Keller, CGSC Foundation Vice Chair. Keller discussed with them the importance of the College in national security and led them to the third floor to show them the International Hall of Fame display.

The group’s tour concluded with a lunch at the Baan Thai restaurant in Leavenworth.

Contact the CGSC Foundation Director of Operations to discuss your own group’s “Walk and Talk” tour of CGSC and Fort Leavenworth and learn about the education of leaders for the nation – lora@cgscf.org.