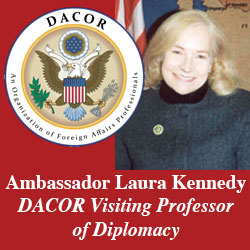 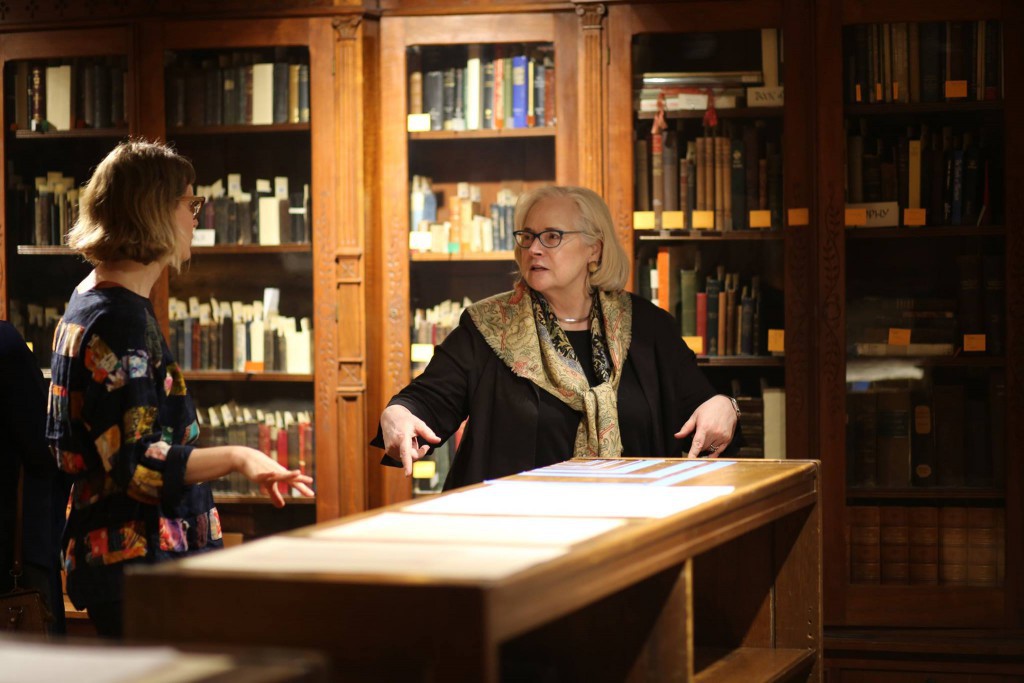 Ambassador (Ret.) Laura Kennedy returned for a second visit to Fort Leavenworth in April, again serving as the DACOR visiting professor of diplomacy for the U.S. Army Command and General Staff College (CGSC) Class of 2017. Kennedy, who previously served as the Deputy Assistant Secretary of State for European and Eurasian Affairs among many other positions over a nearly 40 year diplomatic career, visited Fort Leavenworth April 4-6. She previously visited in December 2016.

On the first evening of her visit, Ambassador Kennedy attended the opening reception for the spring 2017 National Security Roundtable. At the reception, Kennedy spoke of about geopolitical issues around the world and the importance of diplomacy in today’s contentious political climate.

From April 5-6, Kennedy attended student seminars at CGSC. On the morning of April 5, she visited with and spoke to students in “The Interagency and National Security” and “National Security Policy Formation” electives, where they discussed interagency operations overseas, the State Department, and the U.S. Agency for International Development. That afternoon she attended “Eurasia’s Evolving Operational Environment,” where the conversation focused on Ukraine and the conflict with Russia. On April 6, Kennedy visited “Statecraft and Diplomacy” and “Current Strategic Concepts”. In these courses, Kennedy spoke about diplomatic tools and diplomatic power.

Once again, Kennedy expressed her admiration of the students and faculty at CGSC, remarking that she greatly enjoyed the opportunity to be part of the DACOR program.

The CGSC Foundation administers this program in conjunction with the DACOR organization in Washington, D.C., and with generous support and involvement of the University of Saint Mary and its Lawrence D. Starr Center for Peace and Justice in our Global Society.