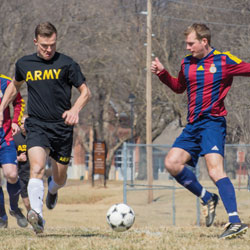 (Army University Public Affairs) The U.S. Army Command and General Staff College hosted 200 officers from the United Kingdom’s Intermediate Command and Staff College (Land) March 2-16 to study with their U.S. counterparts. Exercise Eagle Owl occurs twice a year and culminates in the two-week exercise where a combined group of officers, taught by an instructional team consisting of U.S. and U.K. instructors, act as a brigade combat team battle staff. 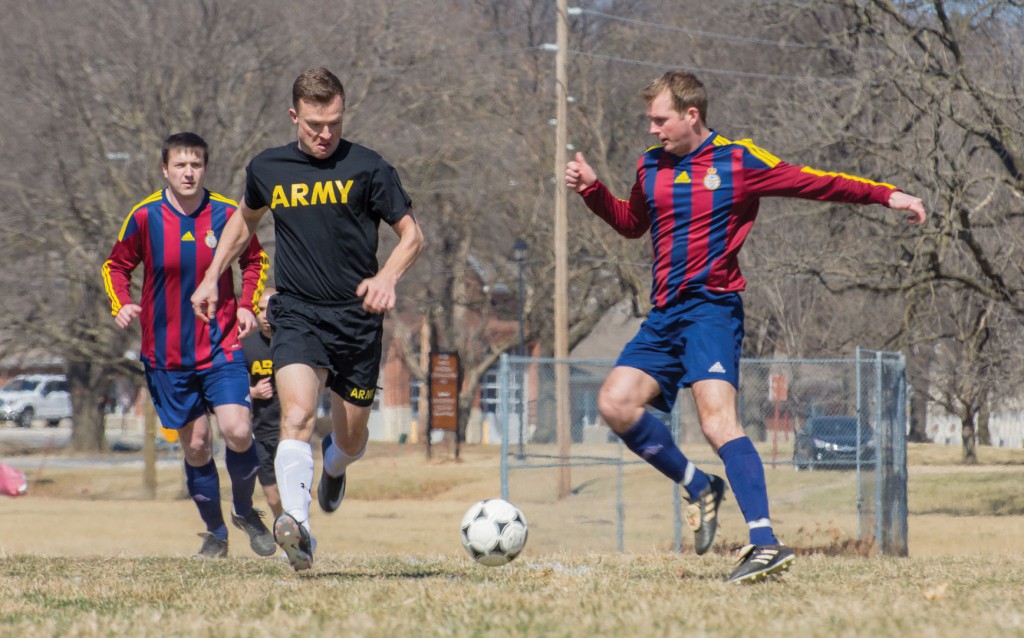 The two nations capped the Eagle-Owl exercise with a U.S. vs. U.K. sports day and barbecue March 13.

The exercise helps U.S. and U.K. officers understand the multinational, cultural and procedural differences between the two nations and demonstrates the ability to work effectively as part of a multinational staff.

During the exercise, Lt. Gen. Patrick Sanders, commander of Field Army, British Army, delivered the annual Kermit Roosevelt Exchange Lecture at CGSC on March 8. The lecture series began in 1947. The original sponsor, Mrs. Kermit Roosevelt, intended the lecture to be a memorial to her late husband, Kermit Roosevelt, an American businessman, soldier, explorer and writer. The second son of President Theodore Roosevelt, Kermit Roosevelt served in both world wars and for both the American and British armies.

Since 1997, the lecturer from the United Kingdom speaks at the U.S. Military Academy, the U.S. Army War College, the Armed Forces Staff College and CGSC. The lecturer from the United States speaks at the Military College of Sciences, the Royal Military Academy, the Joint Services Defense College and the Ministry of Defense. In 1970, it was mutually agreed that the Kermit Roosevelt Lecture Series would be officially supported by the United Kingdom and the United States as a continuation of the program formerly sponsored by the Kermit Roosevelt Fund.

The two nations capped the Eagle-Owl exercise with a U.S. vs. U.K. sports day and barbecue March 13. The officers participated in various sporting competitions to include golf, skeet, total fitness, volleyball, softball and soccer.

For more photos from the sports competition visit the album on the CGSC Flickr site.