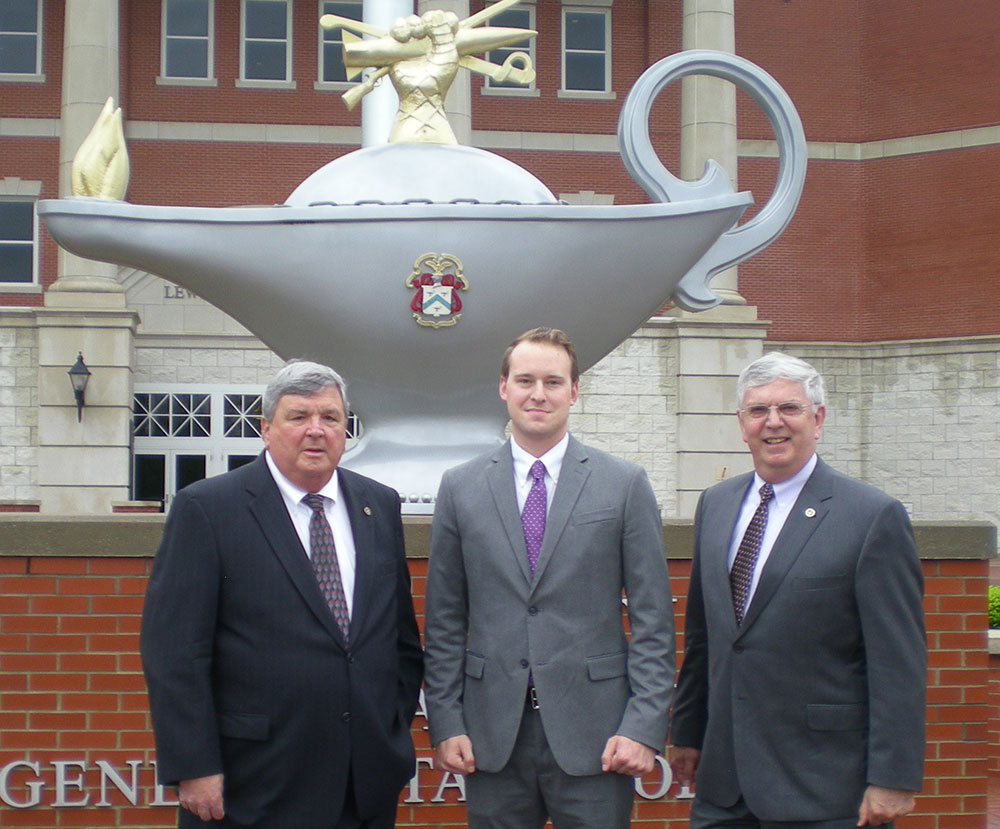 Tystad led the group on a tour of Fort Leavenworth, followed by a detailed tour of the Lewis and Clark Center, home of the U.S. Army Command and General Staff College. During the college tour, CGSC Chief of Staff Jeff Lamoe provided them with an overview of the College and explained the Army’s emphasis on professional education. They next spent time in a classroom with faculty member Jack Kem, who discussed the College’s extensive technology, as well as the tough curriculum that helps develop the officer students into more agile and adaptive leaders.