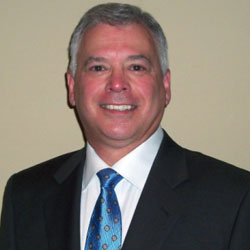 The CGSC Foundation has completed its search for a new President/Chief Executive Officer this fall with the selection of retired Army Colonel Roderick M. Cox. Cox has served as the program director of the CGSC Foundation’s Simons Center since March 2016.

The Foundation’s search began in April this year after current President/CEO, Doug Tystad, announced his retirement. Foundation Chair Mike Hockley led the Foundation’s selection committee and announced the results internally to the board of trustees Sept 14.

“I am pleased to announce that after a rigorous and thorough selection process, the CEO Selection Committee offered Col. (Ret.) Rod Cox the position of President and CEO of the CGSC Foundation,” Hockley said in his message to trustees. “Rod will replace Doug Tystad on Dec. 17. The committee followed a deliberate process that brought together members of the board as well as outside observers from the Combined Arms Center and the College to refine the duty description and establish the selection criteria. We had 13 candidates apply which was then narrowed with the final selection and negotiation concluding this week. I want to thank the committee members for their effort. I believe we had a fair and transparent process and that we ended up with a highly qualified candidate to continue to build the Foundation for the future.”

“I’m both proud and humbled by this selection,” said Cox, “and I look forward to working with the Foundation board of trustees, the College faculty, staff and students, and friends of the Foundation to continue enhancing the education of our future leaders and improving the quality of life for them and their families while at Fort Leavenworth.”

Cox served in the U.S. Army for more than 32 years as an artilleryman, foreign area officer, professor, and historian, retiring in August 2013. His service included numerous joint, combined, and interagency operations both in the United States and overseas. In 2013 and 2014, Cox served as a district director for the U.S. Small Business Administration responsible for the Kansas City District, which served more than four million citizens in Missouri and Kansas. He also served on the Greater Kansas City Federal Executive Board fostering interagency cooperation and focusing on veterans in government service issues.

After his time with the SBA, Cox was a consultant providing personal career guidance and business management advice, a speaker at civic, philanthropic, and educational organizations on leadership, management, and security policy, and a volunteer assisting various organizations that support veterans, school children, and the homeless in the Kansas City metropolitan area. He joined the CGSC Foundation as the director of the Simons Center program in March 2016 and has worked tirelessly to improve the Center’s programs and publications offerings in support of interagency education for the Command and General Staff College and the interagency community.

Cox earned his bachelor’s and master’s degrees from the University of Missouri at Columbia and a Master of Strategic Studies degree from the U.S. Army War College. He currently serves on the board of the University of Missouri Military Veterans Alumni Association. Cox is also a Life Member of the Veterans of Foreign Wars and of the Disabled American Veterans. Married for 25 years, Cox and his wife Dru have one daughter and live in Leavenworth.