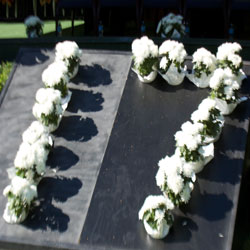 Nearly 1,200 officers graduated from the U.S. Army Command and General Staff Officer Course graduated on June 9 at 9 a.m on the Fort Leavenworth main parade field.  The graduating class includes mid-career officers from all American military services as well as 110 international officers representing 85 countries and 15 federal government civilian employees. (See the June “Persons of the Month” article for more statistics about the class) 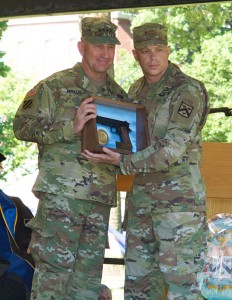 Gen. Robert B. “Abe” Abrams, commanding general of U.S. Army Forces Command was the graduation speaker. Abrams quipped that he personally didn’t remember the graduation speaker at his own CGSC graduation (CGSC Class of 1994), so he had no illusions about himself as the speaker for this class and acknowledged that he knew there were cars idling in the parking lot ready to race off to the next assignment.

“Wherever you’re headed next, know that your leadership matters,” Abrams said. He added that the graduates would need to be able to adapt to changes and always be ready for any challenge. “Americans are banking on your leadership,” he said.

The 10-month Command and General Staff Officers Course develops war-fighting and adaptive leadership skills necessary for military officers to be proficient in Unified Land Operations. The College is an educational center of excellence renowned in the study of leadership, the conduct of joint and combined land warfare, and the application of Joint, Interagency, Intergovernmental, and Multinational organizations to synchronize all elements of power to achieve national objectives.

In addition to completing the graduate-level course, approximately 139 students were awarded the Master of Military Art and Science Degree. Students earn the master’s degree by successful completion of the Command and General Staff Officers Course, successful completion of an oral comprehensive exam, and writing and orally defending a thesis based on original research. The College is accredited by the Higher Learning Commission of the North Central Association of Colleges and Schools to award the master’s degree. 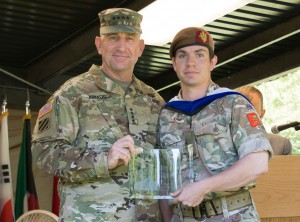 During the ceremony, awards were presented to the top students in the class along with several other awards. (Awards sponsored by the CGSC Foundation are annotated with “*”) –

Click here for a full description of the awards