DMH professor is Person of the Month – August 2019 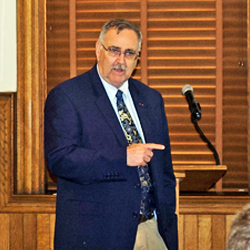 The CGSC Foundation has selected Dr. Joseph G. D. (Geoff) Babb, associate professor of history in the CGSC Department of Military History, as the Person of the Month for August 2019. 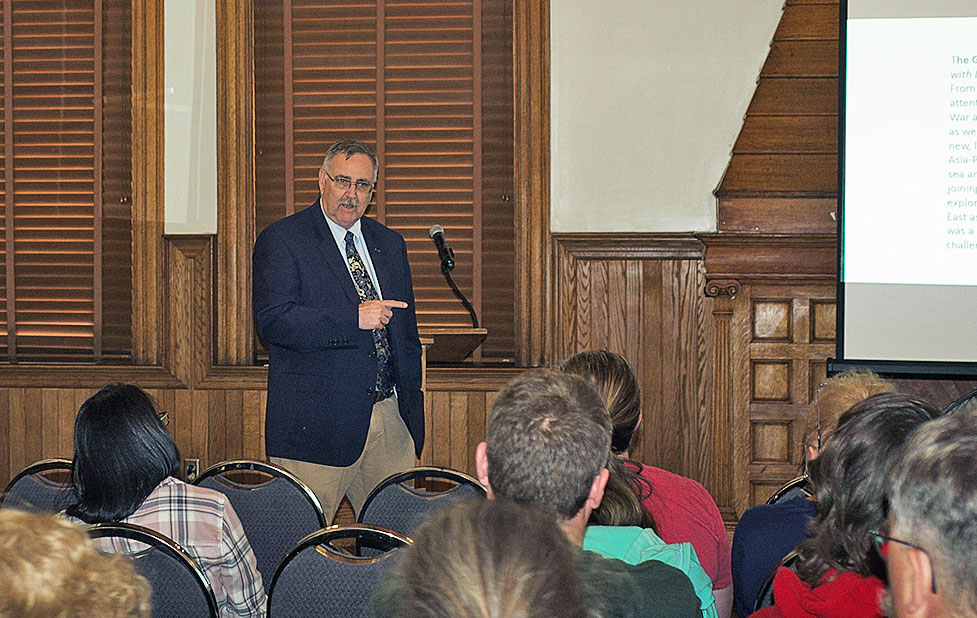 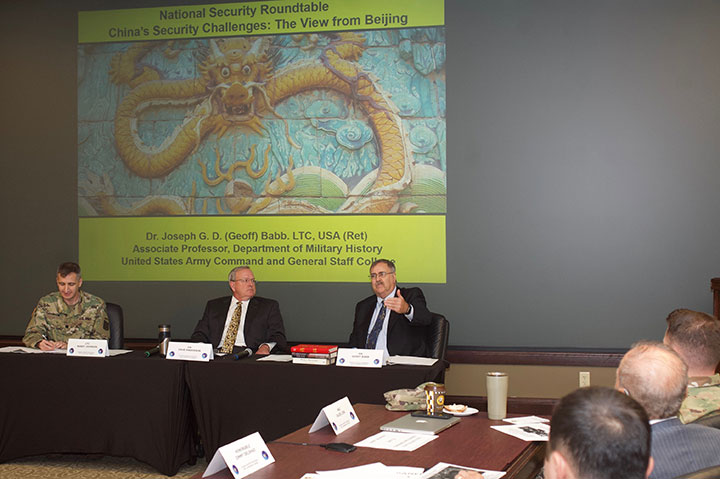 Dr. Geoff Babb, seated at right in the panel, along with Dr. Dave Anderson and Lt. Col. Randy Johnson present a panel discussion on China during the National Security Roundtable program Oct. 17, 2018, in the Arnold Conference Room of the Lewis and Clark Center.

“Geoff Babb has been a fixture in our National Security Roundtable program and was one of the first faculty members to participate in the inaugural roundtable back in November 2007,” said Foundation President/CEO Rod Cox. “Since that time he has presented in numerous other NSRTs and most recently he presented a lecture in April of this year as part of our WWI lecture series, once again lending his expertise on China and East Asia. He will also be part of the participating faculty in our upcoming NSRT this October.”

Babb is a retired U.S. Army Special Forces lieutenant colonel who served as a China Foreign Area Officer educated in Hong Kong and Beijing. He served in Washington, D.C., at the Defense Intelligence Agency and on the Joint Staff. He also was a regional desk officer in Hawaii at U.S. Pacific Command and U.S Army Pacific. He has written on the American military’s role in China in Volumes I and II of Through the Joint, Interagency, and Multinational Lens: Perspectives on the Operational Environment. His most recent publication is a chapter on the Korea War published in Weaving the Tangled Web: Military Deception in Large-Scale Combat Operations issued by Army University Press. Babb holds a bachelor’s from Bowdoin College, an MPA from Clark University, a master’s in East Asian Languages and Cultures and a doctorate in history from the University of Kansas. He has been a member of the CGSC faculty since 1991.

We are proud to recognize Dr. Geoff Babb as the CGSC Foundation’s “Person of the Month” for August 2019, for all of his efforts past and present to go above and beyond the standard in creating a great learning environment for CGSC students.