Dean of Academics is Person of the Month – December 2016 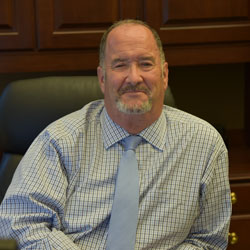 The CGSC Foundation has selected Dr. Jim Martin, CGSC’s dean of academics, as the Person of the Month for December 2016.

“Dr. Martin has been a fixture in this college for some time,” said CGSC Foundation CEO Doug Tystad. “Prior to his assuming the duties as the dean of academics in August this year, he served ten years as the associate dean of academics. He has also been a member of the teaching faculty for several years as well. CGSC is fortunate to have a key academic standard bearer with as much experience and skill as Jim.” 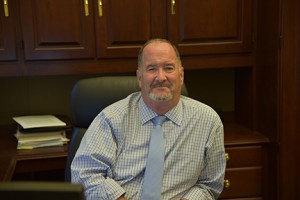 According to the Command and General Staff College Catalog (CGSC Circular 350-1), the key duties of the CGSC dean of Academics are to exercise academic governance over all CGSC schools and academic staff. As the senior academic official for CGSC, he advises the commandant, deputy commandant, and assistant deputy commandant on academic matters. He is also responsible for establishing CGSC academic policy and plans, including oversight of curriculum development and evaluation processes; all research and graduate degree programs; accreditation processes; faculty development; and faculty promotion. He also chairs the graduation and academic review boards.

“We can’t overstate Jim’s responsibilities here at CGSC,” Tystad said. “He sets the standards and the tone for faculty and students in how CGSC conducts business as a College, not just a military organization.”

Martin was commissioned as a U.S. Army infantry officer in 1975 after completing his bachelor’s in political science at the University of Kentucky. He served tours in Panama, Missouri and Illinois before attending advanced civil schooling. After earning his master’s in American History at the University of Texas at Austin, he taught at the U.S. Military Academy at West Point for three years in both American and Military History. Prior to leaving West Point, he transferred to the ordnance branch and then served successive tours in the 2nd Corps Support Command and the 2nd Armored Cavalry Regiment. During Operation Desert Storm/Desert Shield, he served as a logistics planner for the VII Corps operations in Iraq. Between tours teaching at CGSC, he served as the deputy commander of the 501st Corps Support Group in the Republic of Korea. In 1997, he completed his doctorate at the University of Texas at Austin and retired from the Army with 22 years of service to pursue a career in the academic world.

After his Army retirement, Martin joined Baker University as the director of instruction and technology and spent the next four years on helping build one of the most successful accelerated education programs in the Midwest. This success lead to an opportunity to serve as the associate dean of the College of Adult and Professional Education at Friends University with responsibility for their off-campus operations. In 2003, he was appointed as the associate vice president for academic affairs at Friends University and given a broader set of academic responsibilities in the university’s adult and accelerated programming.

Dr. Martin is the author of two books in the history field and numerous book chapters and articles in history and adult education. He is a frequent speaker in professional military education circles and in the civilian accelerated world. He has worked extensively with foreign staff colleges in capacity building programs in the Middle East and Africa. He serves in various roles as a member of the Higher Learning Commission Peer Review Corps and the Joint Staff’s Program for Accreditation of Joint Education accreditation teams. As a civilian at CGSC, he was recognized in 2015 as the Department of the Army Civilian of the Year by Region Five of the Association of the United States Army (AUSA).

We salute Dr. Jim Martin for his outstanding work in adult and professional education over the years and congratulate him on his appointment as CGSC’s dean of academics. He is a key figure in CGSC’s leadership and is more than deserving of our “Person of the Month” for December 2016.