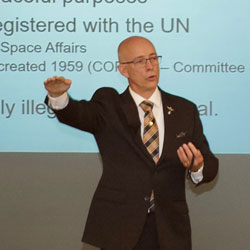 Mr. Thomas A. Gray, the U.S. Army Space and Missile Defense Command Liaison to the Combined Arms Center and Army University, spoke on the topic of a “Space Force” on Oct. 24 as part of the Inter-Agency Brown-Bag Lecture Series for academic year 2019. The title of Mr. Gray’s presentation was “The Domain of Space and National Security.” 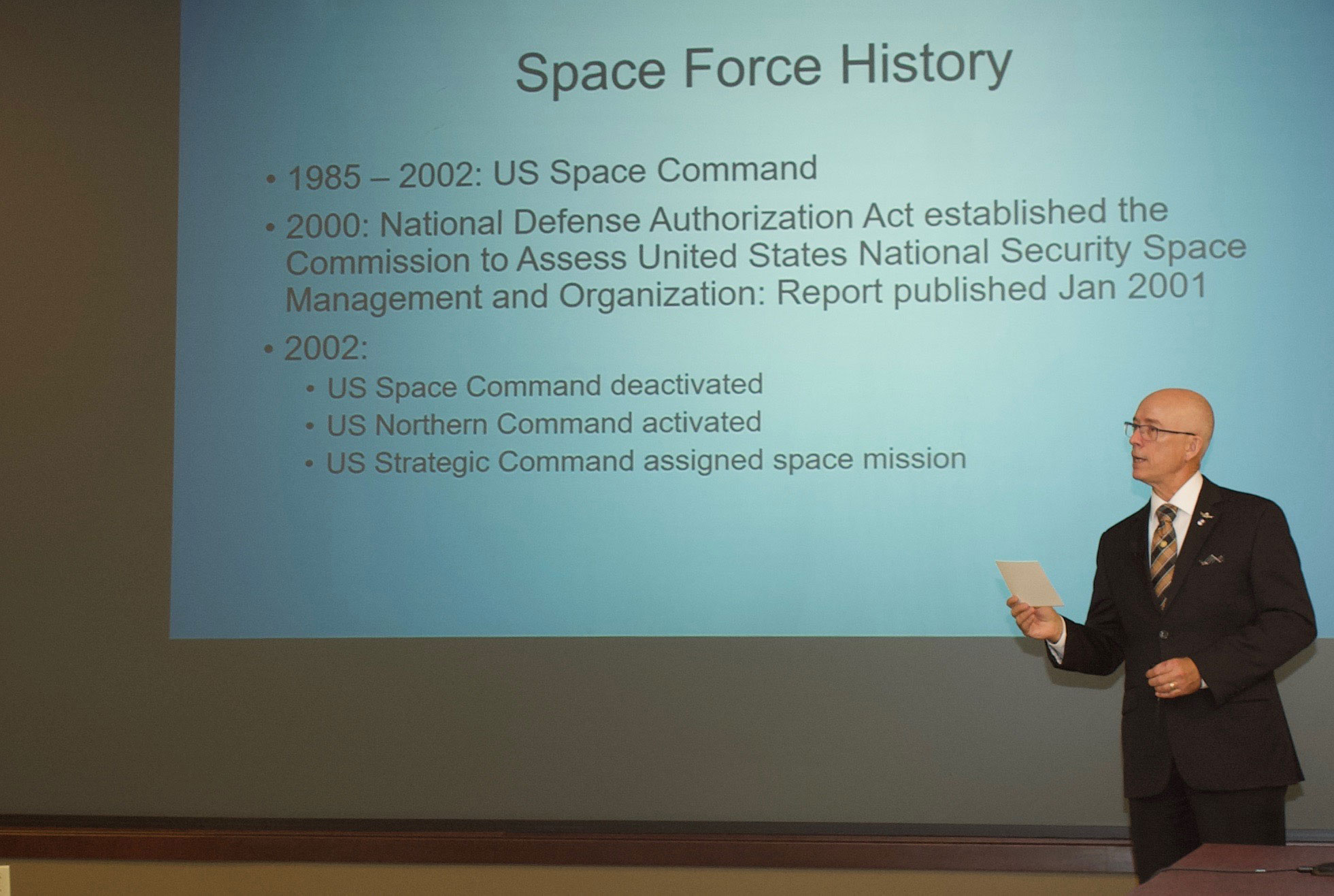 Mr. Thomas A. Gray spoke about the Space Force during his presentation, “The Domain of Space and National Security,” on Oct. 24.

Gray’s presentation focused heavily on the use of satellites and the evolution of the Space Force, from the establishment of U.S. Space Command in 1985, to its reassignment to U.S. Strategic Command in 2002, to renewed interest in a separate Space Force in 2017. “What we’re doing today is nothing new,” said Mr. Gray of the President’s call for a Space Force.

“We as a nation rely on space. We don’t think about it, but we do,” continued Gray as he reviewed our reliance on space-based capabilities, including telecommunications, GPS, entertainment, finance, and national security. “It’s not just about trains, planes, and automobiles, because those trains, planes, and automobiles do not work without space-based capability.”

Thomas A. Gray serves as the U.S. Army Space and Missile Defense Command’s liaison officer to the U.S. Army Combined Arms Center and Army University with responsibility for the integration of space knowledge and education across various TRADOC, Joint, and other service schools to include the U.S. Army Command and General Staff College. A retired U.S. Army officer, Mr. Gray was one of the first officers selected to be designated as a space operations officer. He served in Army Space Command, the Space and Missile Defense Lab, and the SMDC Directorate of Combat Development. He is qualified as a Level 3 Space Professional of the U.S. Army Civilian Space Cadre, holds the space operations officer designation 3Y, and has earned the U.S. Army Master Space Badge. Mr. Gray holds a bachelor’s from New Hampshire College and earned a master’s from Central Michigan University.