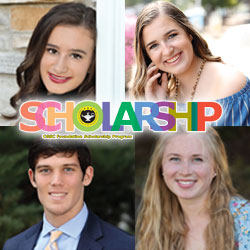 The Foundation’s scholarship program is open to students who are children or grandchildren of U.S. Army Command and General Staff College alumni who are Life Members of the Foundation’s Alumni Association. Two high school awards and two college awards will be presented each year. The Foundation began accepting applications on Jan. 2 and the application period ended on March 1. Foundation President/CEO Rod Cox contacted the winning students on April 13 to let them know they had won.

“The winning students are outstanding! Their academic and community involvement credentials are impressive,” said Cox. “When I called, one of them was so excited she said we’d made her whole week! – We know these are challenging times right now, and we’re glad we can bring a little light into their lives. But they earned it. They had to be precise in how they filled out the application and they had to write an essay which we reviewed very carefully.” 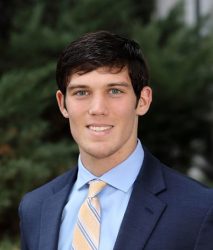 engineering with a desired emphasis area of aerospace engineering. He graduated from Leavenworth High School in 2019. At Texas A&M, he is heavily involved with the Society of Flight Test Engineers where he designs and test flies remote-controlled planes, TPO (a theme park organization), and math club. Shoffner says he joined TPO because of the trips to theme parks, but stayed involved after having the opportunity to work with industry professionals. Shoffner’s father and alumni sponsor is retired Col. Thomas Shoffner, a Command and General Staff Officers Course (CGSOC) and School of Advanced Military Studies (SAMS) graduate at the U.S. Army Command and General Staff College. Shoffner plans to use his scholarship award to attend summer classes as an out-of-state student. His long term goal is to either become a defense contractor or conduct aerospace research and development after graduation. 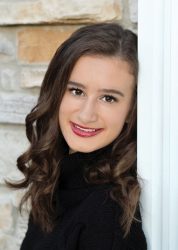 is currently a freshman at Iowa State University studying biochemistry. She is a 2019 graduate of North Scott High School in Eldridge, Iowa. At Iowa State Skinner works on campus in undergraduate research for studies on RSV and Influenza. She is also involved with the Salt Company and enjoys dancing with her hip hop club, “DubH,” a new experience she began in college. Alannah’s father and alumni sponsor is Mr. Kerry Skinner, an alumnus of the CGSC Foundation’s National Security Roundtable program. Her dad, a biochemistry graduate from Iowa State, introduced her to both her major and her university and she grew up going to campus and games with her family. Skinner’s goal is to practice emergency medicine. She says being awarded scholarships like the Foundation’s assure her that she is on the right path to becoming able to positively impact others’ lives. 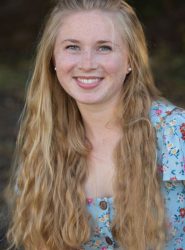 School. She will graduate in May 2020 and plans to attend the University of Missouri – Kansas City and study dental hygiene. She likes the atmosphere at UMKC as well as the reputation of their dental program. Her specific goal is to become a pediatric dental hygienist because she wants to help give children the confidence to smile. Loch’s father and alumni sponsor is retired Lt. Col. David Loch, a CGSOC graduate and a National Security Roundtable alumnus, who currently works for CGSC’s Department of Distance Education. Loch says her father has taught her the importance of balancing fun and responsibility. She also says her favorite subject in school is biology because she loves to understand how life works through science. Loch plans on using her scholarship towards books for her classes. 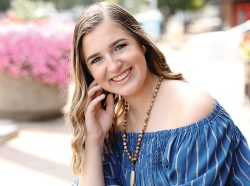 She will graduate in May 2020 and plans on attending Oklahoma State University because she says it is far enough away to be independent and she is a legacy student. Penfield plans to study communication science in order to become a speech pathologist. She says she looks forward to enjoying all the possibilities she will have to help people in this career field. Penfield’s father and alumni sponsor is retired Col. Gregory Penfield, a CGSOC graduate and current professor in CGSC’s Department of Joint, Interagency and Multinational Operations. She says her father is a great support system for her and that his example is good positive reinforcement for her. Her favorite high school activity has been cheerleading and she says she has enjoyed cheering for basketball the most because of the intensity of the games. Penfield plans to use her scholarship towards her out-of-state tuition.

“We designed this program to help the Foundation fulfill its mission to maintain connections with our alumni as well as offer a tangible benefit for our military families,” said Cox. “Now that we’ve conducted our first year of the program, we look forward to making improvements and getting even more applicants next year. Congratulations to this year’s winners and thank you to their parents for being life members of our Alumni Association.”

Information about the Foundation’s scholarship program is available at www.cgscfoundation/alumni/scholarships. A link to join the Alumni Association as a Life Member is on the page for those that need to join before their children or grandchildren apply.