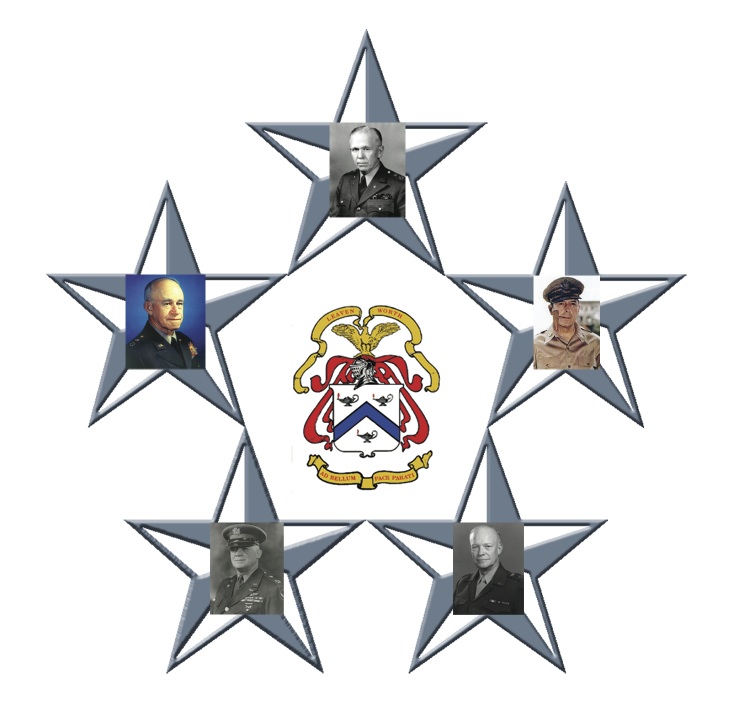 The CGSC Foundation’s 5-Star Generals Commemorative Coin Program came to an end Dec. 31, 2013. Final reports of the financial benefit to the Foundation are still being produced, but CEO Doug Tystad says he is very satisfied with the overall results of the program.

“The Foundation has worked hard since 2008 to get the coin bill signed into law and scheduled for production with the U.S. Mint.” said Tystad.  “We’ve also worked very diligently this past year to make sure sales were on a level that would pay big dividends. We’re proud of the efforts of all of our staff and partners and want to thank everyone that expressed an interest in this program and bought one or more of the coins. Also, special thanks goes to my predecessor and founding CEO, Bob Ulin, who dreamed big and made this happen.”

The coin sales have not only provided much needed funding for Foundation operations in support of the U.S. Army Command and General Staff College, but also have also provided the Foundation with a great educational outreach program.

“CGSC is a first-class institution, likely the most prestigious of its kind in the world,” Tystad said, “and we’re confident that this commemorative coin program has increased the public’s awareness of the CGSC’s role in educating the likes of the Army’s only 5-Star generals in MacArthur, Marshall, Eisenhower, Arnold and Bradley.  We’re confident that CGSC’s place in history is even more valued because of this program.”

The President signed the 5-Star Generals Commemorative Coin Act into law Oct. 8, 2010. The House version of the bill (H.R. 1177 ) passed with 300 sponsors and the Senate version with 73 cosponsors. Key to the effort in garnering support in the final stages of the senate bill were the efforts from Kansas senators Pat Roberts and Sam Brownback. Key leaders in the House effort to sponsor the bill were Representatives Dennis Moore, Jerry Moran (then a Congressman) and Lynn Jenkins from Kansas and Rep. Leonard Boswell from Iowa.