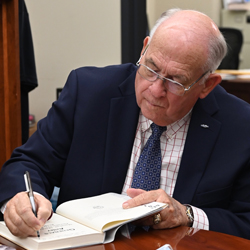 On May 13, Dr. James H. Willbanks, CGSC Professor Emeritus and editor of “Generals of the Army,” a book commissioned by the CGSC Foundation and published in 2013, was on hand in the Foundation’s offices to meet with staff, faculty and students and sign copies of the book. 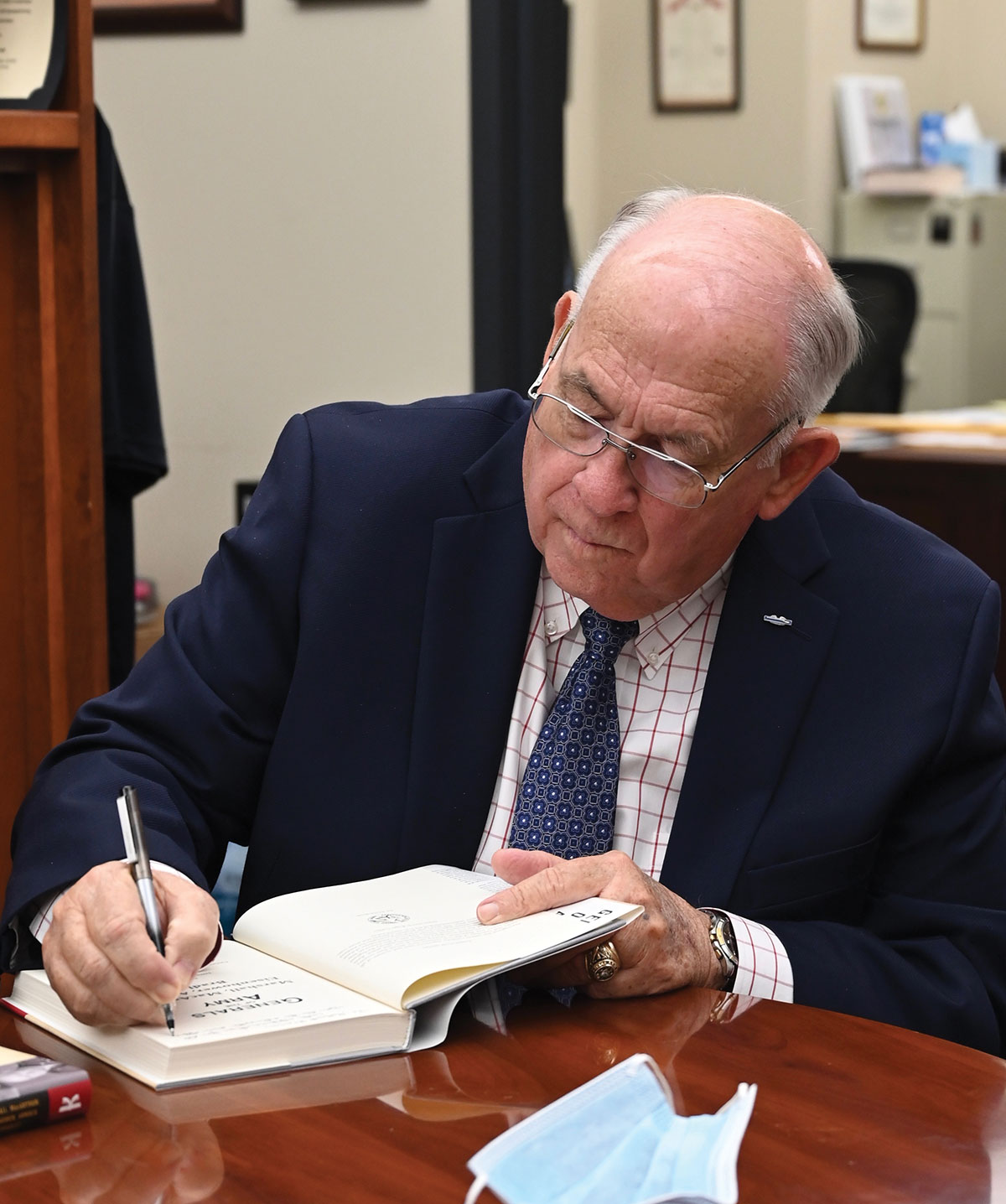 Dr. James H. Willbanks, editor of ‘Generals of the Army,” autographs a copy of the book for a reader during the book signing in the CGSC Foundation gift shop on May 13, 2021. 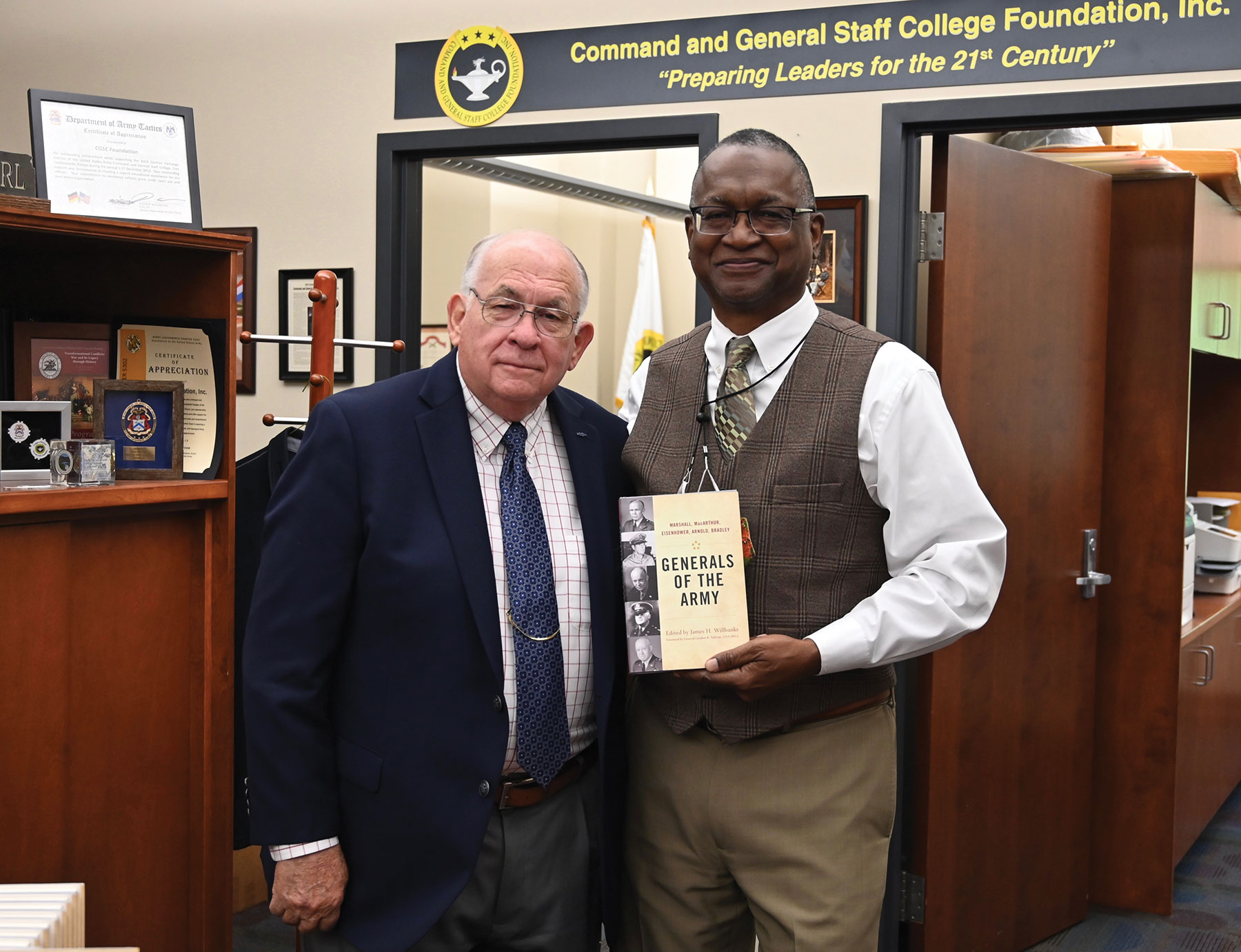 CGSC Professor Dwayne Wagner reunites with Dr. James H. Willbanks, editor of ‘Generals of the Army,” and former director of CGSC’s Department of Military History, during the book signing in the CGSC Foundation gift shop on May 13, 2021.

The CGSC Foundation began the book project as part of its effort to educate the public about the U.S. Army’s five 5-Star generals who all passed through the halls of the Command and General Staff College on Fort Leavenworth. The book was part of the Foundation’s efforts to champion the 5-Star Generals Commemorative Coin Act, an effort that began in 2008 and resulted in the successful passage of the act in the U.S. Congress. The act was signed into law Oct. 8, 2010. The law authorized the U.S. Mint to issue commemorative coins celebrating these 5-star generals as well as the U.S. Army Command and General Staff College.

Each of the book’s chapter authors were members of the CGSC Department of Military History. Willbanks, the director of the department at the time, assumed the duties of editor for the book.

During the book signing many of Willbanks’ former colleagues dropped by to buy a copy of the book and catch up with him. Willbanks retired from the College in April 2018.

Copies of the book are available in the CGSC Foundation’s gift shop online. Limited numbers of the commemorative coins are also available. – Contact the Foundation for more information about the coins.

For more photos from the book signing see the album on the CGSC Foundation Flickr site.