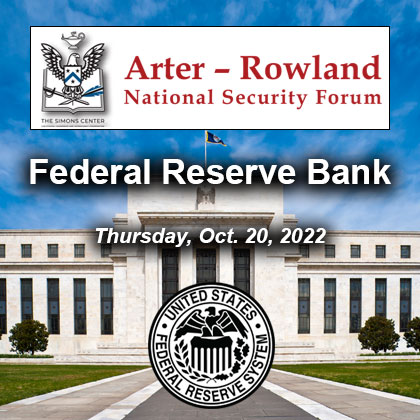 Simons Center Director Bob Ulin welcomed the ARNSF members, some of whom also introduced their guests, and then introduced the guest speaker, Christopher Leonard. 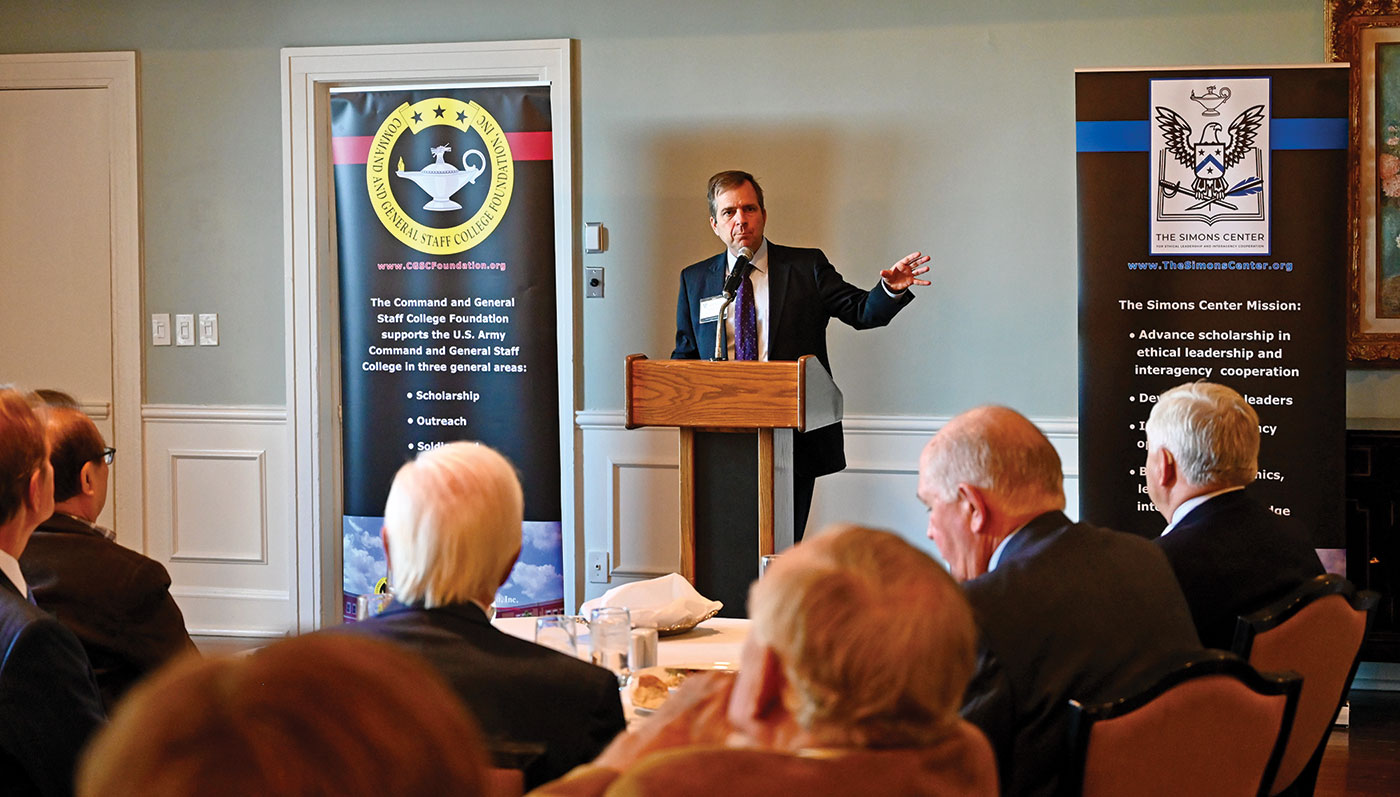 Top photo and above – Business reporter and author Christopher Leonard delivers his presentation on the Federal Reserve bank for the Arter-Rowland National Security Forum luncheon event on Oct. 20, 2022, at the Carriage Club in Kansas City.

In this presentation of the forum, Leonard, a business reporter and author, discussed the Federal Reserve bank, and its extraordinary experiments in money printing over the last decade. Leonard described how in 2010, the Fed began an unprecedented program called “quantitative easing.” In just a few short years he said the Fed more than quadrupled the money supply with one goal: to encourage banks and other investors to extend more risky debt. Leaders at the Fed knew that they were undertaking a bold experiment that would produce few real jobs, with long-term risks that were hard to measure. But the Fed proceeded anyway…and then found itself trapped. Once it printed all that money, there was no way to withdraw it from circulation. The Fed tried several times, only to see market start to crash, at which point the Fed turned the money spigot back on. That’s what it did when COVID hit, printing 300 years’ worth of money in two short months.

Leonard is a business reporter whose work has appeared in The New York Times, The Wall Street Journal, Fortune, and Bloomberg Businessweek. He is the New York Times bestselling author of The Lords of Easy Money, The Meat Racket and Kochland, which won the J. Anthony Lukas Work-in-Progress Award. Chris was born and raised in Kansas City, and graduated from the University of Missouri School of Journalism.

After the presentation and a question and answer period, Ulin presented Leonard with a new CGSC coffee mug and Simons Center coin in appreciation for his time with the Forum. Ulin closed out the luncheon with a short brief about the schedule for future gatherings of the Forum.