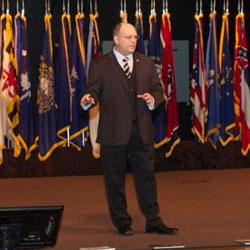 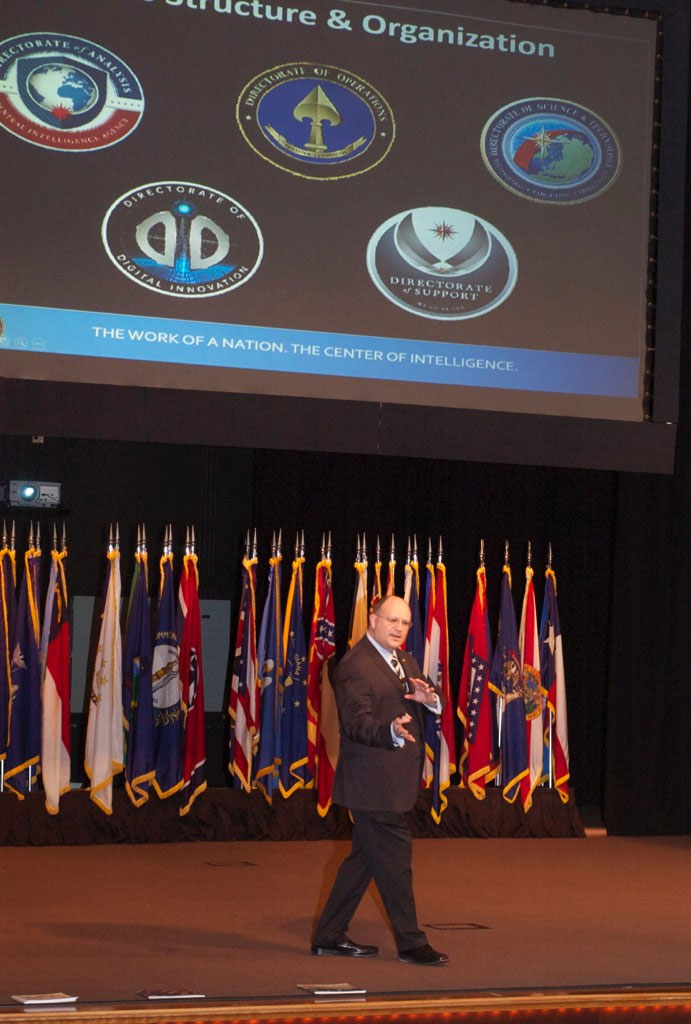 Rousseau briefed on the CIA’s mission as part of national security before taking questions from attendees. During his presentation, Rousseau emphasized the importance of the CIA’s Associate Director for Military Affairs (ADMA), which coordinates, plans, executes and sustains worldwide activities that support CIA and Department of Defense interaction based on priorities established by the Director of CIA to achieve National Security objectives. Rousseau has had many roles in the CIA, and most recently served as the briefer to the ADMA.

This was the sixth presentation in the series, which is co-hosted by the CGSC Foundation’s Simons Center with the U.S. Army Command and General Staff School (CGSS). The InterAgency Brown-Bag Lecture Series is an extracurricular, interagency topic-focused series that is intended to help enrich the CGSS curriculum. The CGSC Foundation and the Simons Center have received support for all brown-bag lectures in academic year 2018 from First Command Financial Services in Leavenworth, Kansas.

The next lecture entitled “Ethics of Cyber Defense”  is Feb. 18. Refer to the schedule for a complete list of brown-bag lectures remaining in this academic year.