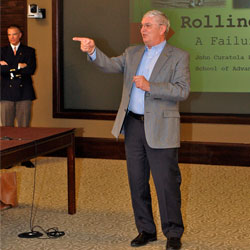 The Foundation spent the first two months of the year preparing for a very active March and April. So far in March, the Foundation has:

In all, more than 500 individuals benefited from the Foundation’s programs just in March alone. Talk about March madness!

The Foundation is preparing for an active April when we will cosponsor the National Security Round Table with the School of Advanced Military Studies on April 4-5 with support provided by the Raytheon Corporation and local support from Geiger Ready Mix. We will host retired Ambassador Laura Kennedy, the DACOR visiting professor of diplomacy, for DJIMO electives classes April 4-6 with support provided by the University of Saint Mary Starr Global Fund. We are also sponsoring a team in the KC International Relations Council World Quest competition sponsored by Webster University; hosting an InterAgency Brown-Bag luncheon on the USAID on April 6 through our Simons Center sponsored by the Perot Foundation; and co-sponsoring the 8th Annual Fort Leavenworth Ethics Symposium on April 24-25 with an endowment from the Perot Foundation. In addition, we will continue our support to the youth reading programs at the Ike Skelton CARL and we have proffered a gift to the library to begin an adult reading club program made possible by a gift from Northrop Grumman. Also during April we will bring at least three different groups of business leaders to the College to learn about the excellence that goes on here every day as part of our outreach mission. 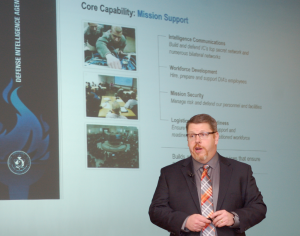 Along the way, we did have to cancel the Women’s Conference that we had scheduled for March 1-2, because frankly, we didn’t get the turnout we needed to justify the time and effort of our presenters. We were very disappointed because the conference last year was very well received and we had hoped to have a repeat success this year. Based on our cancellation, we have conducted an after action review to look at the conference design and the reasons for the low turnout. Based on our understanding of the challenges, we are moving ahead with a new concept for supporting our military women, spouses, government service and contractor women in a better format. We’ll have more information about that coming out as our volunteers and staff put the plans together. I want to thank our team of volunteers that had worked hard to put together the program and all of the business sponsors that would have made the program successful. We couldn’t do everything with just the staff – volunteers who gave willingly of their time and talent were critical to this and all of our programs. 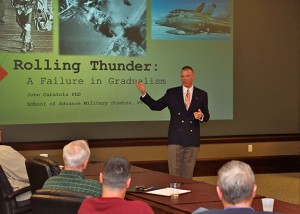 While all of these activities are good news and we are pleased to be able to support so many varied programs, we are looking at potential budget shortfalls on the near horizon. This may mean that we will curtail some of our non-endowed programs for the Class of 2018, beginning this fall. We don’t want to cut any support, but without sponsorships or individual donations, we simply can’t conduct the programs at the same OPTEMPO that we have operated over the past year or two. We have established an Alumni Association membership program to build support from our alumni in order to continue our programs at a high level of activity and support to large numbers. We invite our alumni and friends to join the association program in order to be able to continue these worthwhile programs such as the Pershing lecture series. We need your help, please join us in supporting the Foundation’s mission.