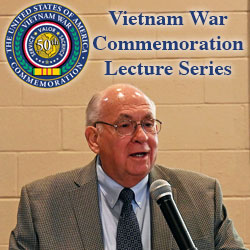 The 13th lecture in the Vietnam War Commemoration Lecture Series was conducted May 13, 2021 at June’s Northland in downtown Leavenworth, Kansas (614 Pottawatomie St.). 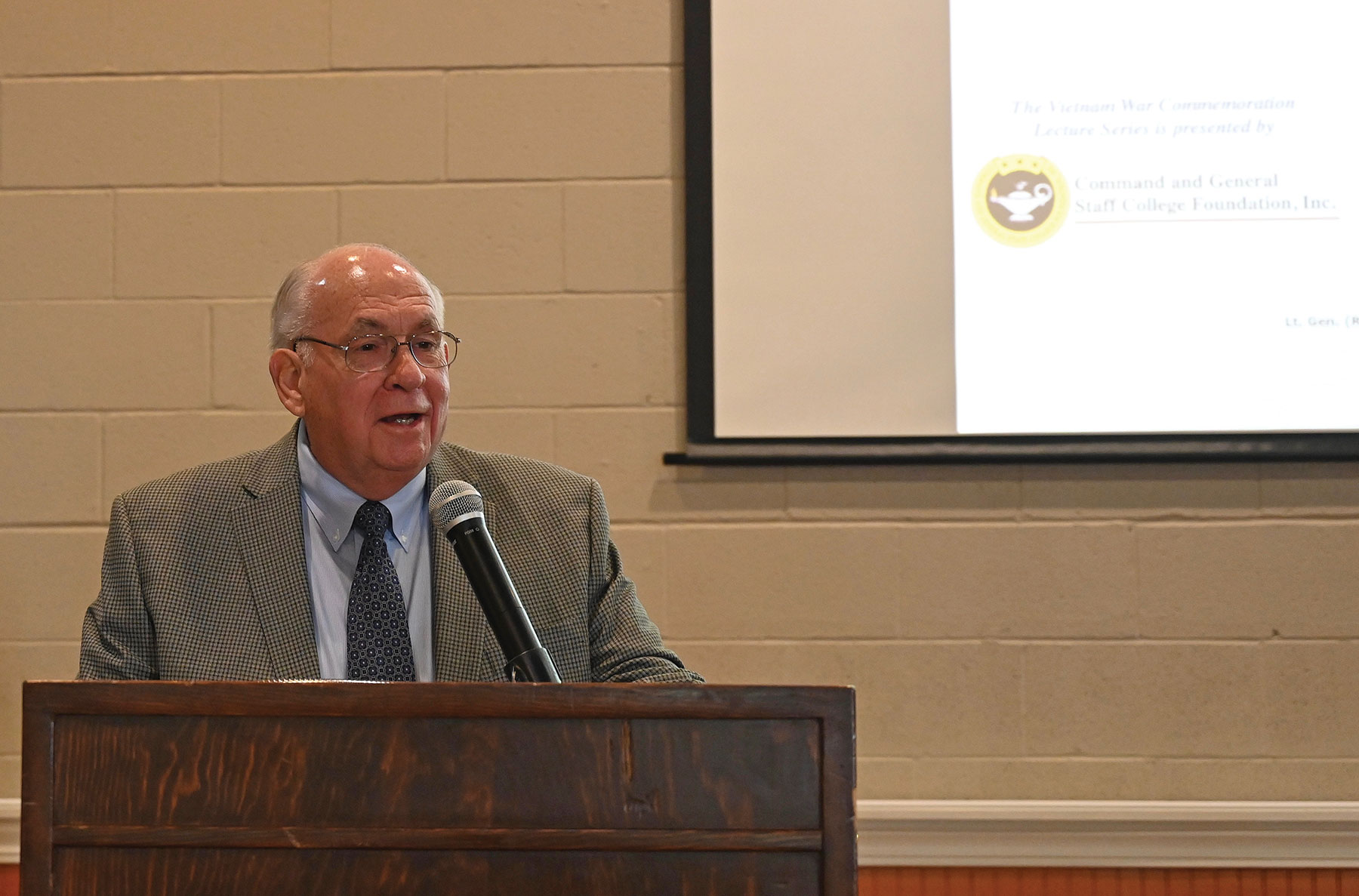 During this 13th lecture of the series guests enjoyed a reception and buffet dinner while Dr. James H. Willbanks, Professor Emeritus and former General of the Army George C. Marshall Chair of Military History at the U.S. Army Command and General Staff College and decorated Vietnam War veteran, discussed Operation Lam Son 719. This operation was an incursion by the Army of the Republic of Vietnam into Laos, February 8 – March 24, 1971. The Church-Cooper Amendment, passed by the U.S. Congress on December 29, 1970, forbade the use of American ground forces in Laos. Thus, Operation Lam Son 719 would be conducted by the South Vietnamese and would be the first real test of the South Vietnamese armed forces operating on their own.

Dr. James H. Willbanks retired from the faculty of the U.S. Army Command and General Staff College in 2018, after 26 years of service following more than 23 years of active-duty service as an infantry officer in various assignments, to include a tour as an advisor with a South Vietnamese infantry regiment during the 1972 North Vietnamese Easter Offensive. While a member of the CGSC faculty, Willbanks served as the director of the Department of Military History and as the General of the Army George C. Marshall Chair of Military History. Dr. Willbanks is an honor graduate of the U.S. Army Command and General Staff College and a graduate of the inaugural class of the School of Advanced Military Studies. He holds a bachelor’s in history from Texas A&M University, and a master’s and doctorate in history from the University of Kansas. He is the author or editor of 20 publications on the Vietnam War and other topics in military history. Dr. Willbanks also served as a consultant to Ken Burns in the preparation of his 10-part documentary on the Vietnam War, which aired on PBS in 2017. Willbanks’ military awards and decorations include the Silver Star, Legion of Merit, Bronze Star with “V” and Oak Leaf Cluster, two Purple Hearts, and Republic of Vietnam Cross of Gallantry with two Silver Stars. 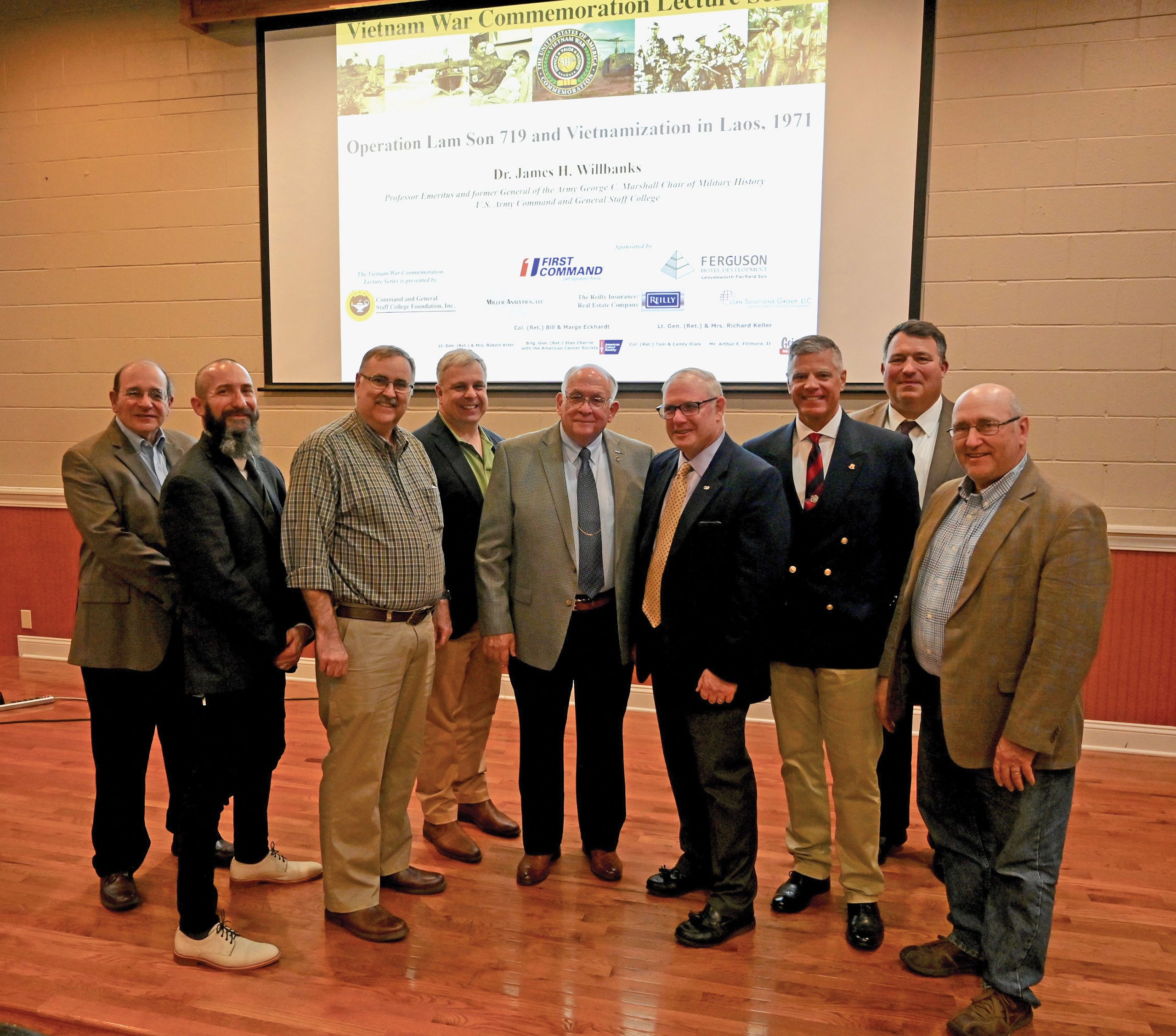 CGSC Professor Emeritus Dr. James H. Willbanks reunites with some of his CGSC faculty colleagues during the CGSC Foundation’s Vietnam War Commemoration Lecture Series on May 13, 2021, at June’s Northland in downtown Leavenworth, Kansas.

American involvement in Vietnam lasted 20 years and spanned three decades – from November 1, 1955 to May 15, 1975. Nine million Americans, approximately 7.2 million living today, served during that period. The nation inaugurated the commemoration of the 50th anniversary of the war on May 28, 2012, and the commemoration period will continue through Nov. 11, 2025, to recognize those that served and to help the public learn about the war and the lessons it provides. The CGSC Foundation’s Vietnam War Commemoration Lecture Series is conducted in support of that effort. 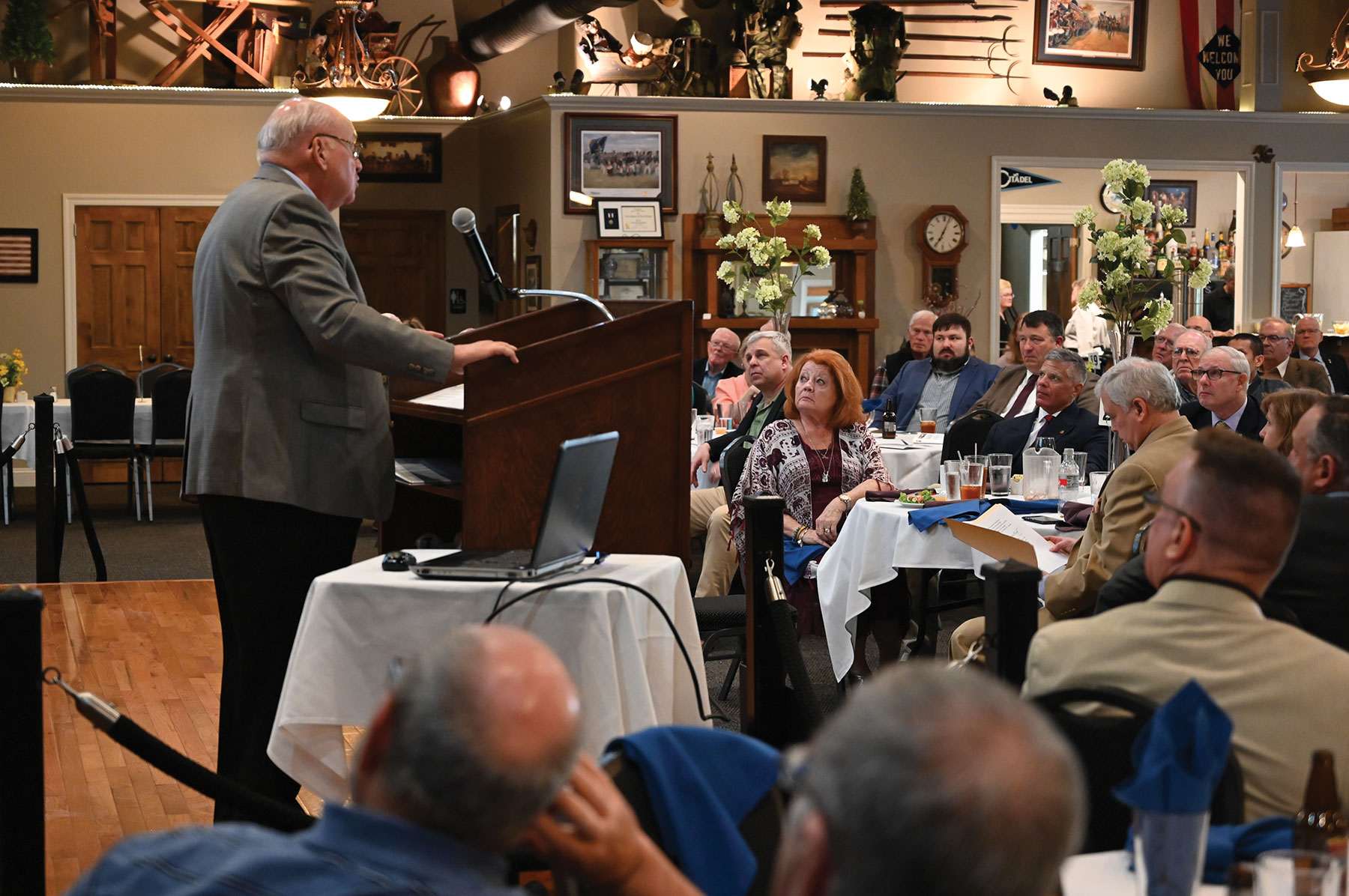