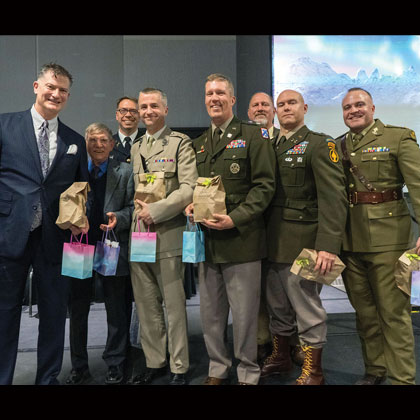 Eight faculty members from the Command and General Staff College Department of Joint, Interagency and Multinational Operations represented CGSC in the Kansas City International Relations Council’s “WorldQuest” competition at the University of Missouri – Kansas City (UMKC) Volker Campus on the evening of May 4, 2022. The team, consisting of both active duty officers and civilian faculty members, brought home third place honors after a spirited evening in which teams representing area businesses, universities, nonprofit organizations, and a host of other community groups, vied with each other to answer questions from a wide range of topics. 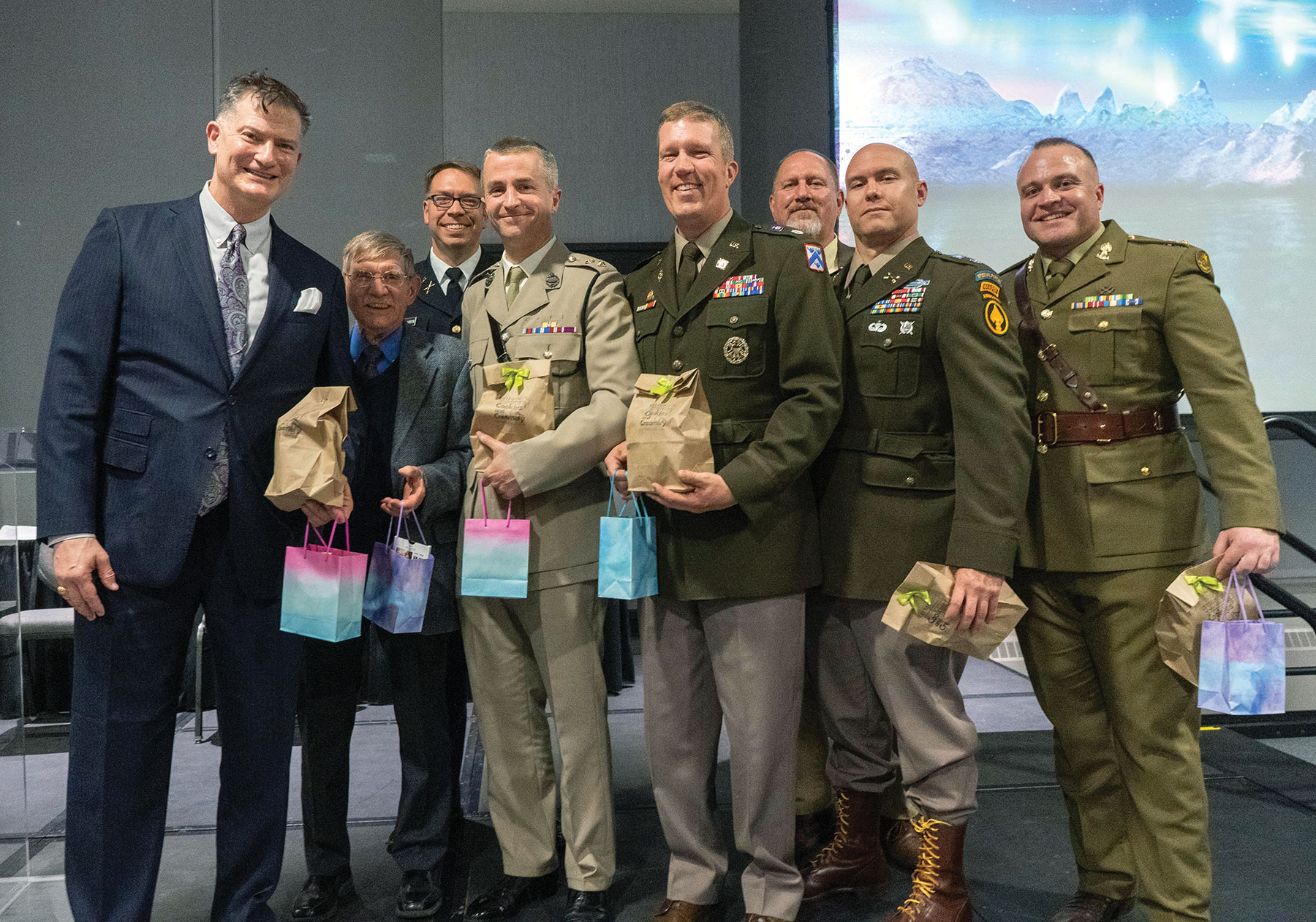 The KC International Relations Council (IRC) has hosted “WorldQuest” competitions for over twenty years. Annual competitions have normally been in-person, but were suspended in 2020 and 2021 due to COVID restrictions. This year’s event was a welcome return to face-to-face competition.

WorldQuest consists of six rounds with ten questions in each round. Teams of eight members have 45 seconds from the moment a question is displayed on a projection screen to come up with an answer and record it on their answer sheets. At the end of 45 seconds, the IRC master of ceremonies moves on to the next question.

During the 45 seconds, team members may confer to identify the best response. Most questions are multiple choice, but a few require a one- or two-word answer. Questions come from a variety of topics: global affairs, geography, world languages and cultures, history, international politics, and current events. At the end of a round, teams submit their answer sheets to the judges for scoring.

According to team captain Assistant Professor Joseph Donalbain, team members provided answers to each question and indicated how confident they were of their response: were they sure it was right, reasonably sure of the response, or was it a best guess? He advised members to share answers in writing rather than conferring out loud, as teams at neighboring tables would likely be listening for the team’s choices.

This year’s WorldQuest competition was conducted in UMKC’s Volker Campus Atterbury Student Success Center, where it had been conducted prior to the COVID pandemic. More than twenty teams competed in the event, with the overall winner taking home a traveling trophy. As a measure of the quality and intensity of the competition, only two points separated the top four teams at the end of general competition, with a three-way tie for second place. This led to a “tie-breaker” round after which the CGSC Team trailed the second-place team by only one point.

The CGSC Foundation sponsored this year’s team, as in prior years. WorldQuest is a major fund-raising event for the KC International Relations Council, and supports the Council’s outreach programs throughout the year.

“It’s fun and a challenge,” said Gary Hobin, one of the CGSC WorldQuest team members. “It’s not only about knowing a lot of information, but being clear on how sure you are of your answer.”