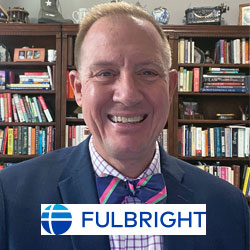 Professor Robert D. Spessert, JD, assistant professor in the U.S. Army University’s Command and General Staff School at Fort Gordon, Ga., has received a Fulbright U.S. Scholar Program award to Hungary. Spessert will lecture at National University of Public Service in Budapest, with duties in the Faculty of Military Sciences and Officer Training during the Fall Semester, 2021. 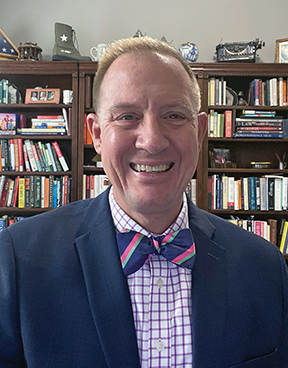 Spessert graduated from the Georgetown University’s School of Foreign Service in 1983, Washington University School of Law, St. Louis, in 1992, U.S. Army Command and General Staff Officers Course in 1992, and the U.S. Army War College in 2006. Spessert concluded his uniformed service as a lieutenant colonel in 2014, after serving 31 years. He has been a faculty member of the Department of Joint, Interagency and Multinational Operations in the CGSS satellite school at Fort Gordon, Ga., since 2017.

The Fulbright Program is the U.S. government’s flagship international educational exchange program and is supported by the people of the United States and partner countries around the world. As a Fulbright Scholar, Spessert will share knowledge and foster meaningful connections across communities in the United States and Hungary. Fulbrighters engage in cutting-edge research and expand their professional networks, often continuing research collaborations started abroad and laying the groundwork for forging future partnerships between institutions. Upon returning to their institutions, labs, and classrooms, in the United States, they share their stories and often become active supporters of international exchange, inviting foreign scholars to campus and encouraging colleagues and students to go abroad. As Fulbright Scholar alumni, their careers are enriched by joining a network of thousands of esteemed scholars, many of whom are leaders in their fields. Fulbright alumni include 60 Nobel Prize laureates, 88 Pulitzer Prize recipients, and 39 who have served as a head of state or government.

Since 1946, the Fulbright Program has provided more than 400,000 participants from over 160 countries the opportunity to study, teach and conduct research, exchange ideas, and contribute to finding solutions to shared international concerns. The primary source of funding for the Fulbright program is an annual appropriation by the U.S. Congress to the U.S. Department of State’s Bureau of Educational and Cultural Affairs. Participating governments and host institutions, corporations and foundations in foreign countries and in the United States also provide direct and indirect support.  This year marks the 75th anniversary of the program. Visit www.fulbright75.org for more information.

For more information about the Fulbright Program or the U.S. Department of State, visit http://eca.state.gov/fulbright.