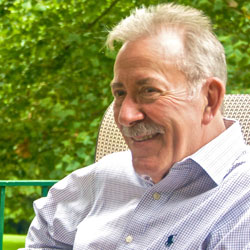 Editor’s note: The obituary below was originally published on the Leintz Funeral Home website. Dr. Spiller was well-known and respected by students and faculty alike and will be missed.

Roger Joseph Spiller, 72, one of America’s foremost military historians and theorists, died Sunday, Aug. 13, 2017, at his home in Leavenworth, after a long bout with cancer. He was born Oct. 19, 1944, on a ranch near Bonham, Texas, to Joel Leath and Verna Oliver Spiller. 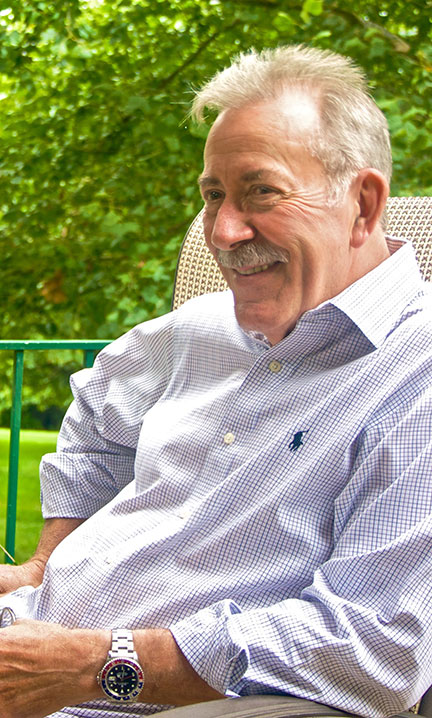 From his Texas Ranger father, he learned a hatred of injustice; from his mother, a love of reading. Graduating from Bonham High School in 1962, he enlisted in the U.S. Air Force, serving for three and a half years on missions around the world as an air rescue medic. After military service, he returned to Texas to pursue his education, completing a B.A. in English literature and international relations and an M.A. in history, both from Southwest Texas State College in San Marcos. There he met and married Irene Nicholis in 1971. That same year they moved to Baton Rouge, La., where he began his doctoral studies at Louisiana State University. In 1974 they returned to Southwest Texas State where he taught history and completed his dissertation, earning his Ph.D. in history from LSU in 1977. In 1978 he began his 27-year association with the Army as a visiting associate professor in military history at the U.S. Army Command and General Staff College, Fort Leavenworth, Kan.

Professor Spiller was one of the founding members of the Combat Studies Institute of the U.S. Army Command and General Staff College, Fort Leavenworth. His leadership and innovation helped turn CSI into the Army’s in-house think tank for the study of warfare. His was a multi-faceted talent. In addition to his scholarship at CSI, he wrote a prize-winning novel, worked as an advisor to documentary filmmaker Ken Burns, translated and analyzed a French military classic, and authored numerous oft-cited articles for various journals. He was a contributing editor for American Heritage and a member of the Board of Trustees of the Society for Military History.

Much of what this historian wrote was of contemporary significance. Sharp Corners: Urban Operations at Century’s End (2001) presented a history of urban warfare, and was carried by officers into Iraq. In 2010 the University of Nebraska Press published In the School of War, a collection of his most influential essays on the teaching and writing of military history. Another critical contribution is his introduction to Between War and Peace: How America Ends Its Wars (The Free Press, 2011). “Six Propositions” shows Spiller the theorist at the apex of his craft, offering one of history’s first philosophical expositions of the necessary conditions for the termination of wars.

His best-known literary work, An Instinct for War: Scenes from the Battlefields of History, Belknap Press of Harvard University Press, 2005, received a number of national book awards. Instinct is a compelling work of fiction that examines the nature of warfare over three millennia by imagining the combat experiences of individual soldiers and leaders.

From 1982-1985 he served as Special Assistant to the Commander in Chief, United States Readiness Command in Tampa, Fla. In that capacity he turned theory into practice, advising two four-star commanders on policy and strategy.

As a member of the Fort Leavenworth faculty he was Professor of Combined Arms Warfare, Director of the Combat Studies Institute, and then became the first George C. Marshall Distinguished Professor of History. For three years of that time he also served as Personal Historian to the Chief of Staff, United States Army. But his most important work as an educator was to expand the intellectual horizons of two generations of military officers, many of whom went on to high command in all branches of the armed forces.

It was during this period of his life that he began working with documentary filmmaker Ken Burns. Over several years he consulted with Burns and Florentine Films on their 2009 series, The War, a path-breaking treatment of World War II. Burns engaged him again as a consulting historian on Vietnam, which will air later this year on PBS. The University Press of Kansas published his last work, Battle Studies: Charles Jean Joseph Ardant du Picq, which he translated, edited, and introduced, earlier this year. It is already considered the seminal treatment of its subject, a renowned soldier and theorist of the nineteenth century.

To his hundreds of colleagues in America’s military history community, Roger Spiller was not just a towering intellect, but a cherished friend and mentor. Dozens of his fellow historians sought his counsel, and he graciously, gently, and insightfully edited their works.

Roger was an avid cyclist. He participated in 15 “Bike Across Kansas” rides and 12 “Hotter’n Hell Hundred” rides near Wichita Falls, Texas. He made many friends on these rides, fell in love with the small towns of Kansas, and delighted in telling stories and spinning yarns in the evenings. He was especially happy when his son Galen joined him for those adventures.

He had a talent for friendship. He was warm, attentive, generous, irreverent, and hilarious, often profanely so. At the same time, he was a keen judge of character, and he had no patience for hypocrisy, cruelty, stupidity, or arrogance. He was progressive, both in his thinking and his politics. And he was fiercely loyal. If you made his grade, he would say, “I’d ride with you.” You never quite knew if he was referring to the horses of his Texas youth or the bicycles of his Kansas maturity, but you knew that you had received the highest compliment he had to bestow.

Above all, he reserved his greatest love for his wife of forty-six years, Irene Spiller, and their son, Galen Spiller.

In addition to his parents, he was predeceased by several older siblings, including Howard Spiller and Roy Dean Winkler.

The family is deeply grateful for the love and kindness of our dearest friends and neighbors. We also wish to thank Dr. Kathleen McBratney, and St. Luke’s Homecare and Hospice, especially Megan and George.

In keeping with his wishes, there was no funeral service. A simple visitation was conducted, Aug. 22, at the R.L. Leintz Funeral Home. In lieu of flowers, memorials are suggested to the Women’s Community Y Child Development Center in Leavenworth. But the greatest honor to this extraordinary man’s memory is to be kind to one another, stand for truth, and inspire others.