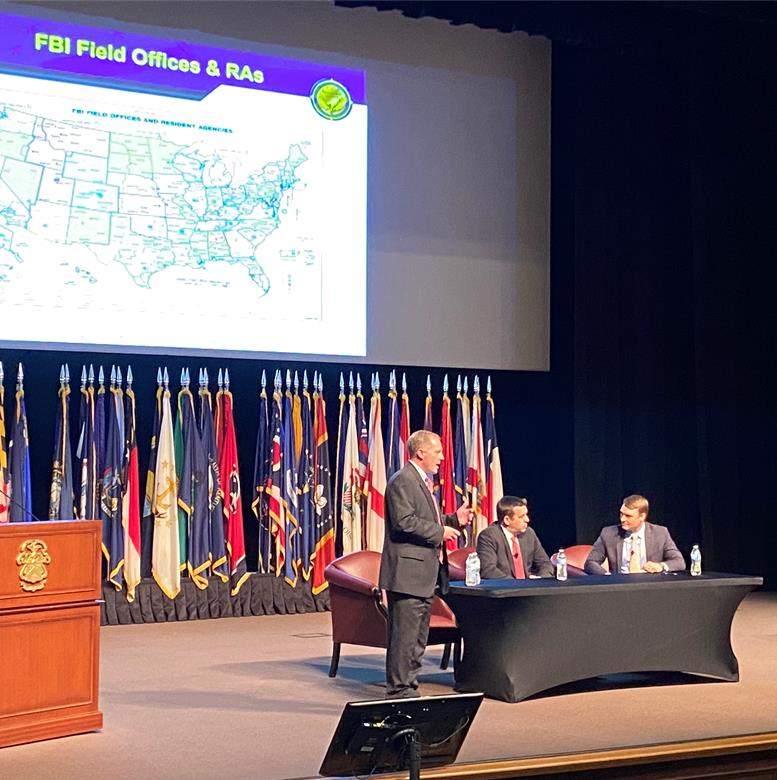 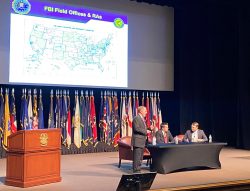 Supervisory Special Agent Dana Kreeger from the FBI’s Kansas City Field Office kicks off the InterAgency Brown-Bag Lecture on April 20, 2022, in the Eisenhower Auditorium of the Lewis and Clark Center.

The three guest speakers began with an overview of the FBI’s domestic terrorism program before moving on to discuss a 2020 plot to place a vehicle borne improvised explosive device (VBIED) at a hospital in Belton, Missouri. Special Agent Brown and Detective Kingston outlined actions taken by the subject that aroused suspicion, the FBI’s investigation, and the shootout that occurred during the attempted arrest.

The next lecture is the series is set for May 18, 2022, with a presentation on the Kansas City Federal Executive Board. Click here for the full schedule.