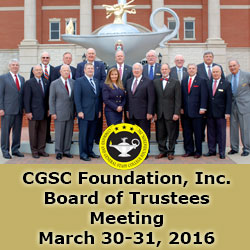 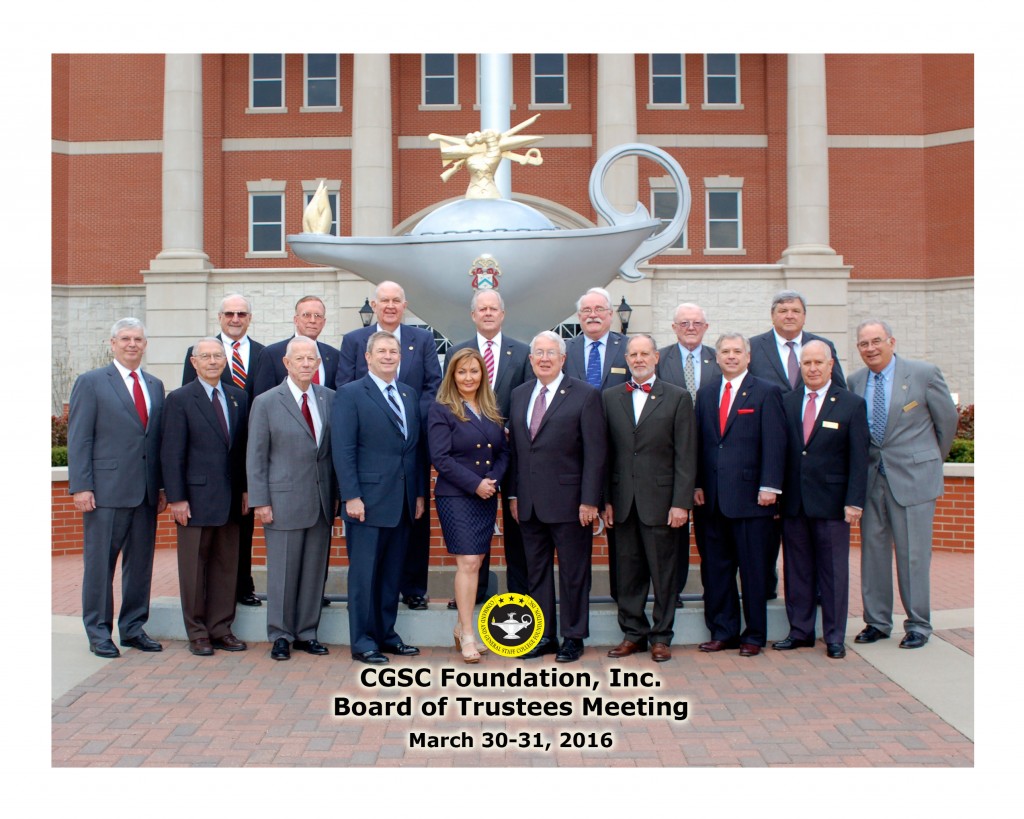 The CGSC Foundation board of trustees came together March 30-31, 2016 for one of their two meetings this year.

March 30 kicked off early in the morning with a meeting of the Simons Center Advisory Council led by Foundation CEO Doug Tystad and Rod Cox, the new program director of the Center. Later in the day, trustees met at the Lewis and Clark Center, met with Cox for the first time, and conducted committee meetings.

In the evening of March 30, the trustees came together for a dinner at the Frontier Conference Center highlighted by a short presentation by Dr. Daniel M. Bell, Jr., the General Hugh Shelton Distinguished Visiting Professor of Ethics. Many members of the board had not had the chance to meet Dr. Bell and get a brief report on his activities with the U.S. Army Command and General Staff College.

On March 31, the main event kicked off early with the routine activities of the annual meeting. A highlight of the day was a visit by both the commandant and deputy commandant of the College – Lt. Gen. Robert B. Brown and Brig. Gen. John S. Kem – who spoke about the College and Army University priorities and thanked the Foundation for their work in support of the College.

The meeting ended with committee reports to the full board and the second meeting scheduled for Fall 2016.

Click here for a full gallery of photos from the two days.