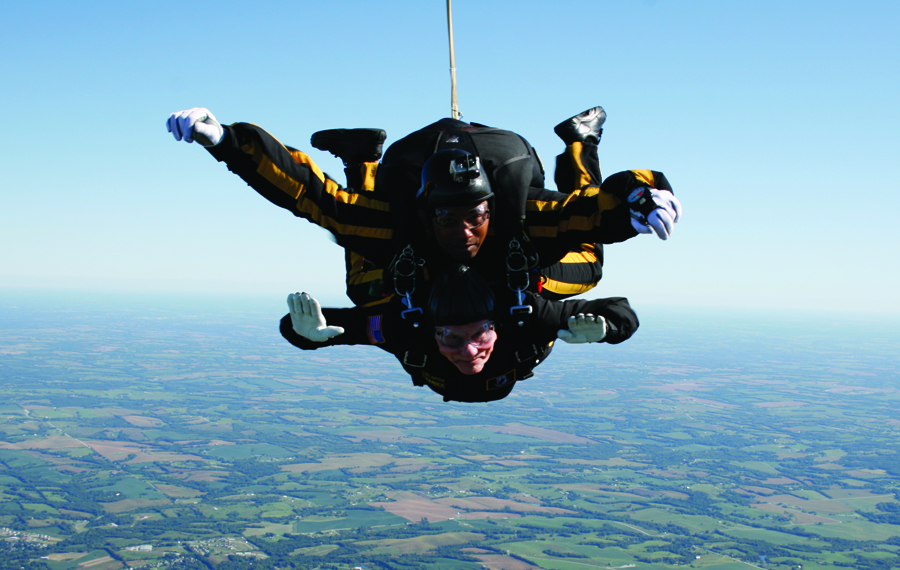 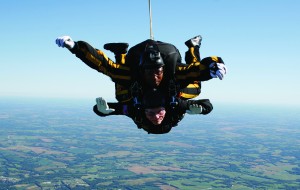 and and General Staff College Foundation, Inc., and the Civilian Aide to the Secretary of the Army for the state of Kansas, made a tandem jump onto the golf course at Fort Leavenworth as the kickoff for the CGSC Foundation’s First Annual Golf Tournament at 10 a.m., Sept. 6.  Lt. Gen. Arter’s 82d birthday was the next day.

The Ranger Group, LLC, and Armed Forces Bank sponsored the jump.  The Ranger Group President/CEO Mark “Ranger” Jones is the vice president for development for the CGSC Foundation.  Ranger has logged more than 4,000 parachute jumps in his former military career and employs a parachute demonstration team as part of his company’s outreach program.  The Ranger Group Parachute Team Captain, Mike Elliot, a former U.S. Army Special Forces Soldier, was Arter’s lead in the tandem jump.  Other members of the Ranger Group team also jumped with Elliot and Arter.