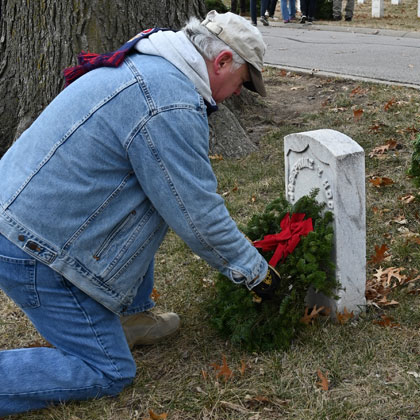 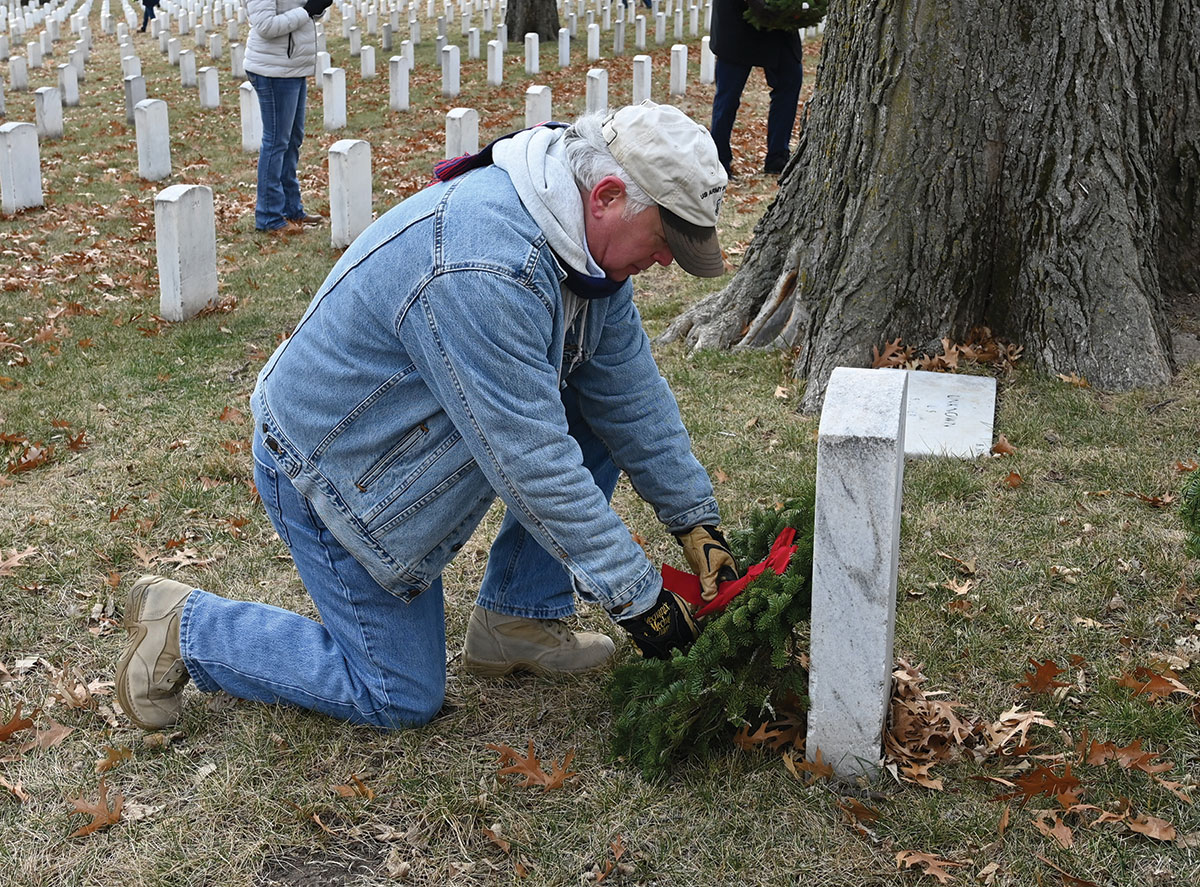 The Foundation’s goal in 2022 was to honor all 991 veterans buried in Section B of the cemetery. – We came close with nearly 600 wreaths sponsored, but the entire section was ultimately able to be honored with the efforts of all the sponsor groups involved throughout the year.

The morning began with delivery of the wreaths by Walmart who provides trucking for Wreaths Across America each year. The trucks entered the Fort Leavenworth National Cemetery under an oversized flag raised by firefighters from Leavenworth and Fort Leavenworth. At 11 a.m. sharp, Col. (Ret.) Lynn Rolf led a ceremony at the cemetery flagpole with a flag detail manned by local high school junior ROTC cadets. Memorial flags for each service were posted, followed by a three rifle volley and playing of taps. Attendees were then invited to place the wreaths on veteran graves.

After the wreath laying, the Foundation hosted a reception at the Frontier Army Museum with sponsor Z&M Twisted Vines.

Thanks to everyone that sponsored a wreath through the CGSC Foundation. We now begin our campaign for 2023. The effort to honor our veterans never ends. 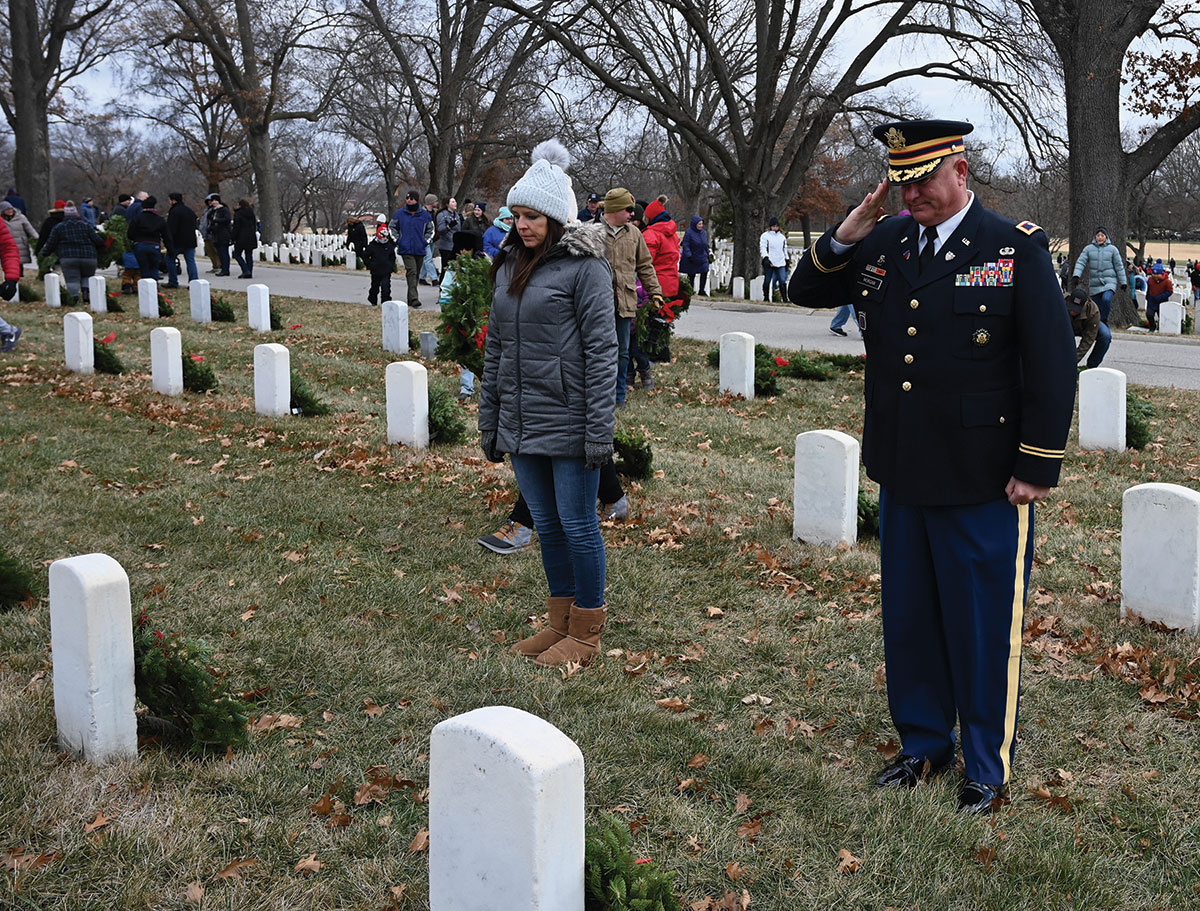 Wreaths Across America is a 501(c)(3) nonprofit organization founded to continue and expand the annual wreath-laying ceremony at Arlington National Cemetery begun by Maine businessman Morrill Worcester in 1992. The organization’s mission – Remember, Honor, Teach – is carried out in part each year by coordinating wreath-laying ceremonies in December at Arlington, as well as at thousands of veterans’ cemeteries and other locations in all 50 states and beyond.

The Fort Leavenworth National Cemetery was established in 1862 as one of 14 national cemeteries at that time. Today the cemetery has more than 23,000 graves of veterans representing every conflict since 1812. Notable veterans buried at Fort Leavenworth include Captain James Allen, 1st U.S. Dragoons, who died in August 1846. Allen’s is the oldest known military grave in the cemetery. Also, the remains of Brigadier General Leavenworth, the fort’s namesake, were disinterred from Woodland Cemetery in Delhi, N.Y., and reinterred in the national cemetery on Memorial Day in 1902. Nine Medal of Honor recipients are also buried there, including Capt. Thomas W. Custer, brother of Lt. Col. George Custer. Thomas received the Medal of Honor twice while serving in the U.S. Army, Company B, 6th Michigan Cavalry; first for capturing the flag at Namozine Church, Virginia, on May 3, 1865, and second for actions at Sailor’s Creek, Virginia, April 1865. Custer died in 1876.