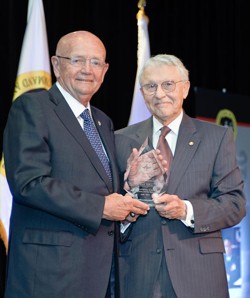 The 2009 recipient of the CGSC Foundation’s Distinguished Leadership Award is Gen. (Ret.) Gordon R. Sullivan, President and Chief Operating Officer of the Association of the United States Army (AUSA) and the 32d Army Chief of Staff. Sullivan is also a member of the CGSC Foundation Board of Trustees. The Foundation conducted an award dinner in Sullivan’s honor at the Ritz-Carlton Hotel in Arlington, Va., April 7.Sullivan was honored with the Foundation’s award for his 50-years of service to Soldiers, the Army and the Nation. He was commissioned as a second lieutenant in the Army in 1959 and retired in 1995 after more than 36 years of service. Since his retirement he as served as the President of AUSA.More than 200 guests attended the dinner. The Fife and Drum Corps and the Army Continental Color Guard from the 3rd U.S. Infantry Regiment (The Old Guard) presented the colors and played the National Anthem. Another highlight of the evening, and a complete surprise to Gen. Gordon, was the tribute video that reviewed his career in and out of uniform. The video also included tributes to Sullivan from several prominent officers and friends including the current Army Chief of Staff Gen. George W. Casey, Jr.; Sergeant Major of the Army Kenneth Preston; Gen. David Petraeus, Commander, U.S. Central Command; Lt. Gen. William B. Caldwell, IV, Commandant, U.S. Army Command and General Staff College; Nicolas Chabraja, Chairman of the AUSA Council and Chairman/CEO of General Dynamics; and Gen. (Ret.) Colin L. Powell, former Secretary of State and Chairman of the Joint Chiefs of Staff.Powell was the first recipient of this award in 2008.Sponsorship of this event is a critical component. The CGSC Foundation would like to publicly thank this year’s sponsors:

Visit the Foundation photo gallery for more photos of the event.

Click the image below to watch the Gen. Sullivan Tribute Video 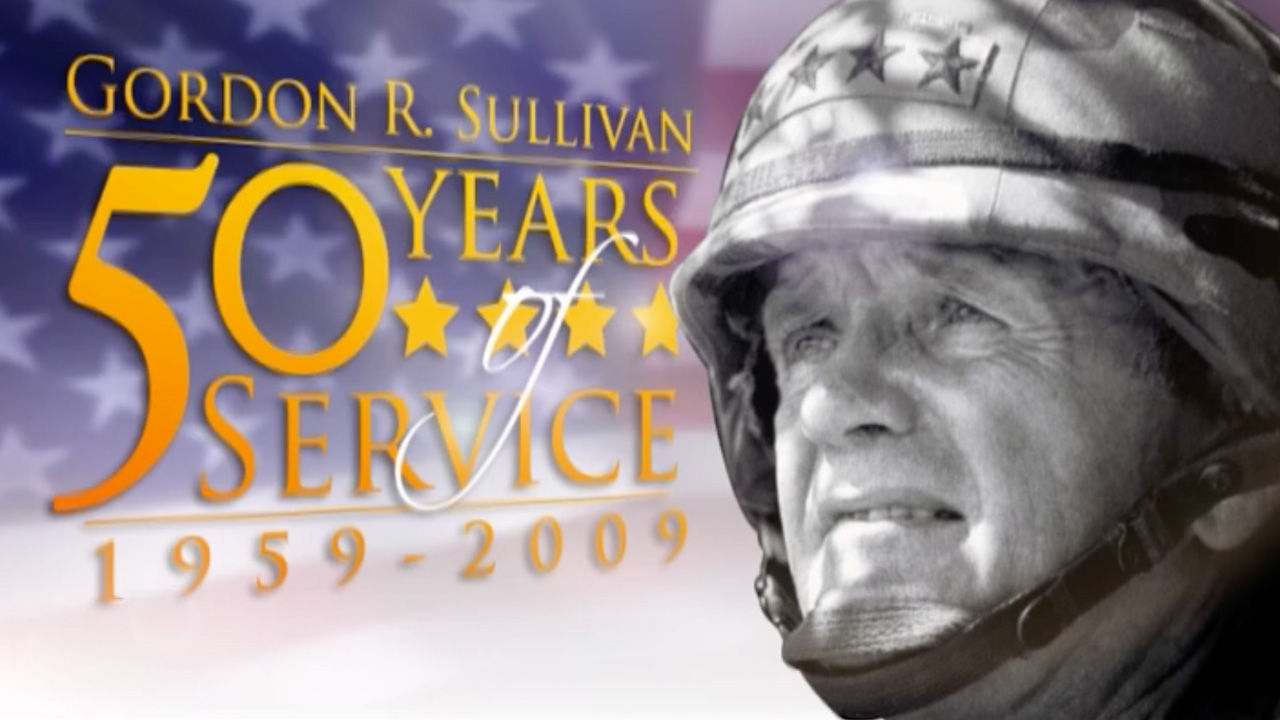