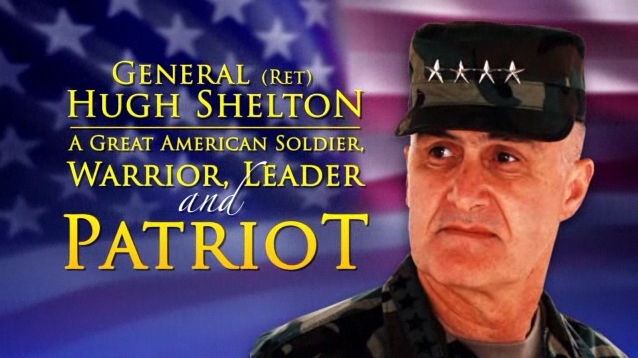 Nearly 200 guests, friends and family gathered at the State Club on the North Carolina State University Campus to celebrate the award. Shelton, who was the 14th Chairman of the Joint Chiefs of Staff, was the fourth recipient of the Distinguished Leadership Award. Previous awardees include the 2010 recipient, Ross Perot, the well-known entrepreneur and two-time presidential candidate from Texas; retired Gen. Gordon R. Sullivan, 32nd Chief of Staff of the Army and President of the Association of the United States Army was the 2009 recipient; and the 2008 recipient, Gen. Colin L. Powell, former Secretary of State and Chairman of the Joint Chiefs of Staff.

“I’m not at a loss of words very often,” said Gen. Shelton, “but I will tell you tonight is a very humbling experience… I’ve always preferred to help others rather than having people focus on me. To General Arter and to all of our distinguished guests here from the Foundation, let me say thank you so much for this wonderful award. It is beyond anything I would have ever have imagined when I was back in Speed [N.C.] some years ago.”

General Shelton’s military career spanned nearly four decades, culminating in his assignment as the top military officer in the United States. His demonstrated character of leadership and devotion to the men and women in uniform along with his efforts in the leadership institute named in his honor at North Carolina State University, more than qualify him for this prestigious honor.

“I have never known anybody who cared more…about every single person in his command,” said Mr. Ross Perot, the special guest speaker for the evening and a long time friend of General Shelton. “The last line of the first verse of the Star Spangled Banner is a question—‘Oh say does that star spangled banner yet wave over the land of the free and the home of the brave?’ My response is that as long as we have great patriots like General Shelton, the answer will be a resounding ‘Yes!’ ”

After his remarks, Perot presented General Shelton with a replica of the legendary King Arthur’s sword Excaliber as a special gift.

The Foundation also recognized Carolyn Shelton’s contributions to her husband’s success with a gift of a silk scarf and a bouquet of flowers.

“I’m so pleased to have the opportunity to offer my congratulations to General Shelton—a great Soldier and a good friend of mine,” said Colin Powell, the first recipient of the Foundation’s Distinguished Leadership Award. “I want to congratulate Hugh for this award and I want to thank him for everything he is doing in the area of leadership at his institute…and congratulations to Carolyn too. Without Carolyn you wouldn’t have the Hugh that you have.”

Click the image below to watch the Gen. Shelton Tribute Video 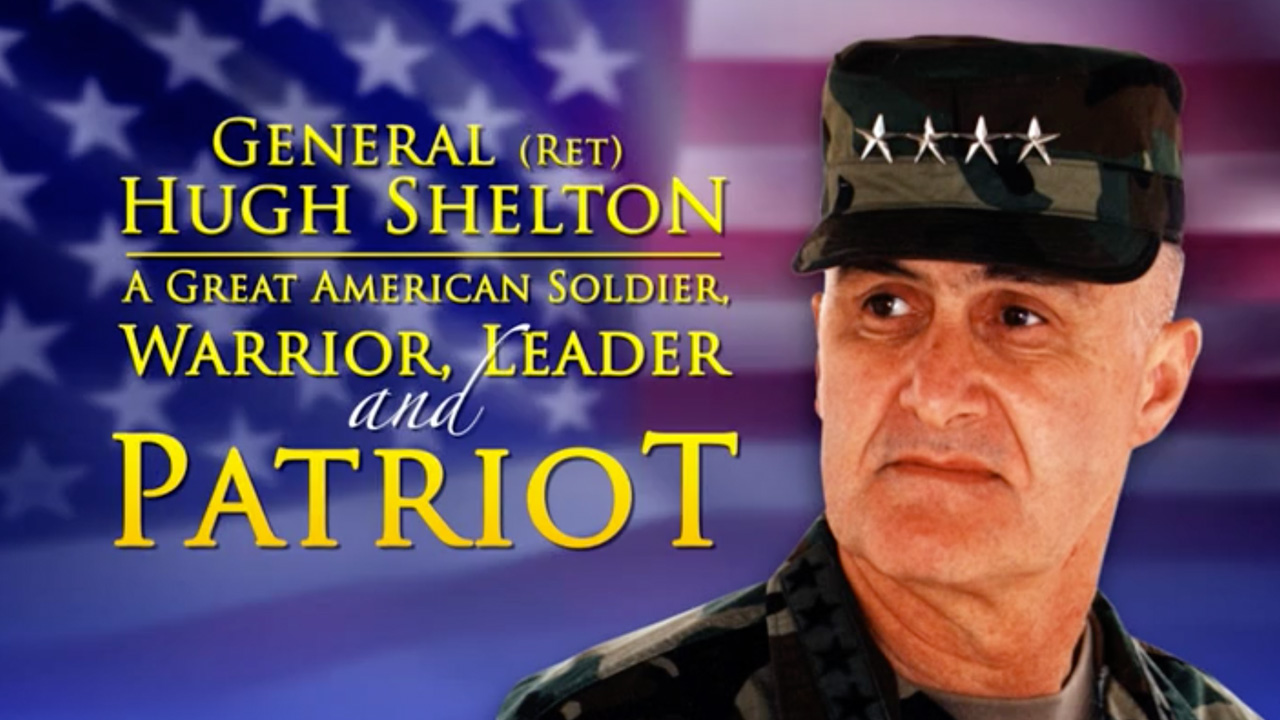