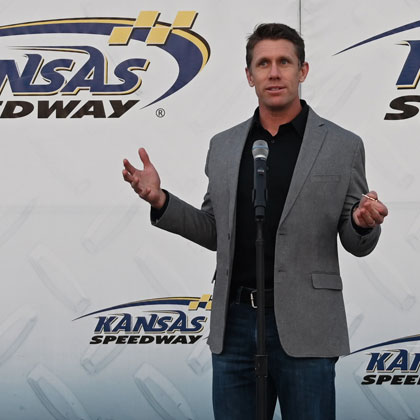 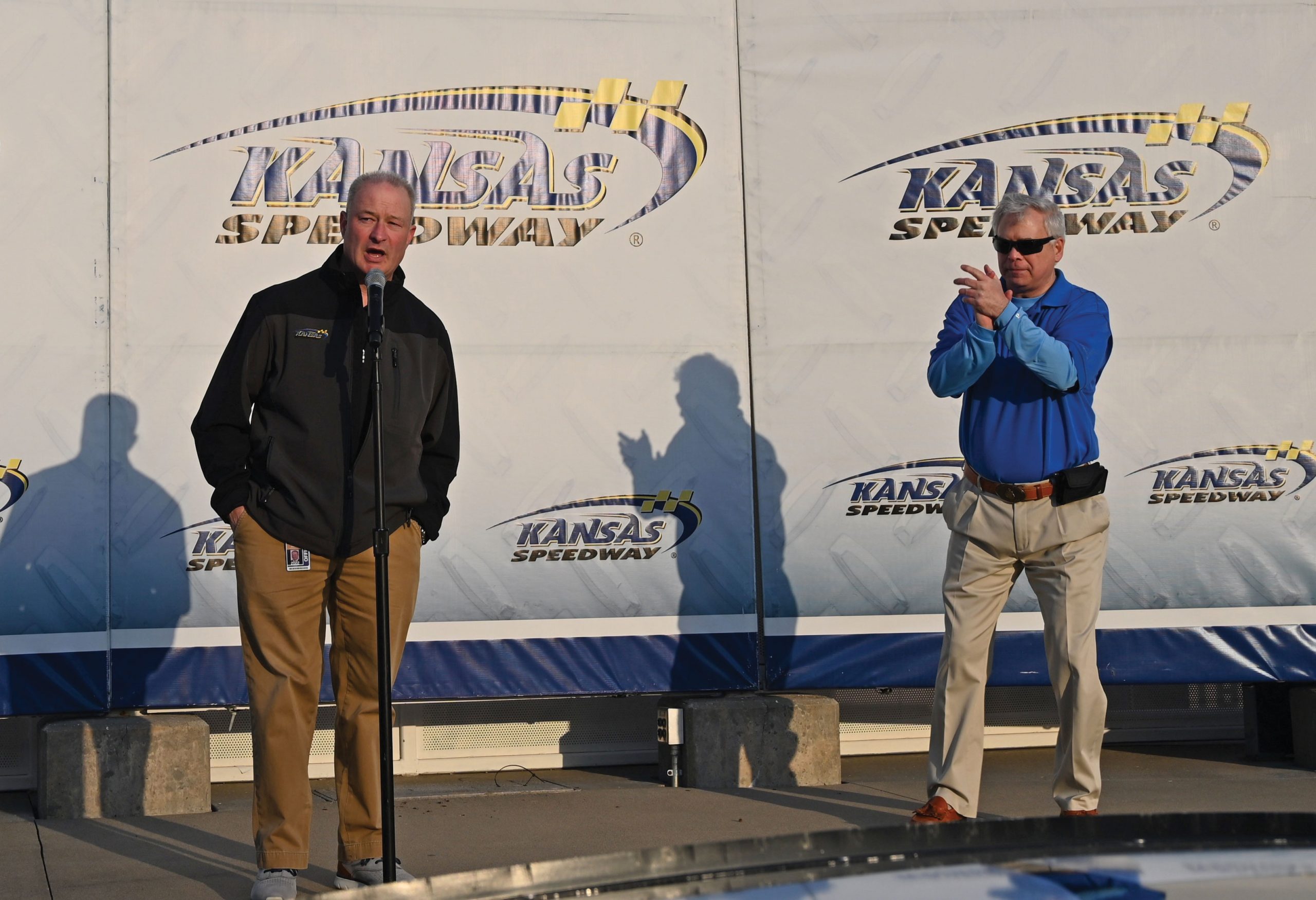 Cox and Warren welcomed all the attendees and Warren spoke to the group about the track and a bit of its history. After the welcome, ticket holders at the event had the opportunity to drive laps around the speedway, ride in the pace car and mingle at the reception. As part of their ticket purchase everyone also received tickets to the NASCAR race at Kansas Speedway on May 15.

The special guest for the day was Carl Edwards, a renown NASCAR driver from Columbia, Missouri. When he arrived at the event Edwards volunteered to drive the pace car and guests were all delighted to be taken around the track by a professional driver. During the laps around the track Edwards explained how drivers followed certain lines to get the most speed and also demonstrated how to enter the pit lane and a pit stall with each group of passengers. 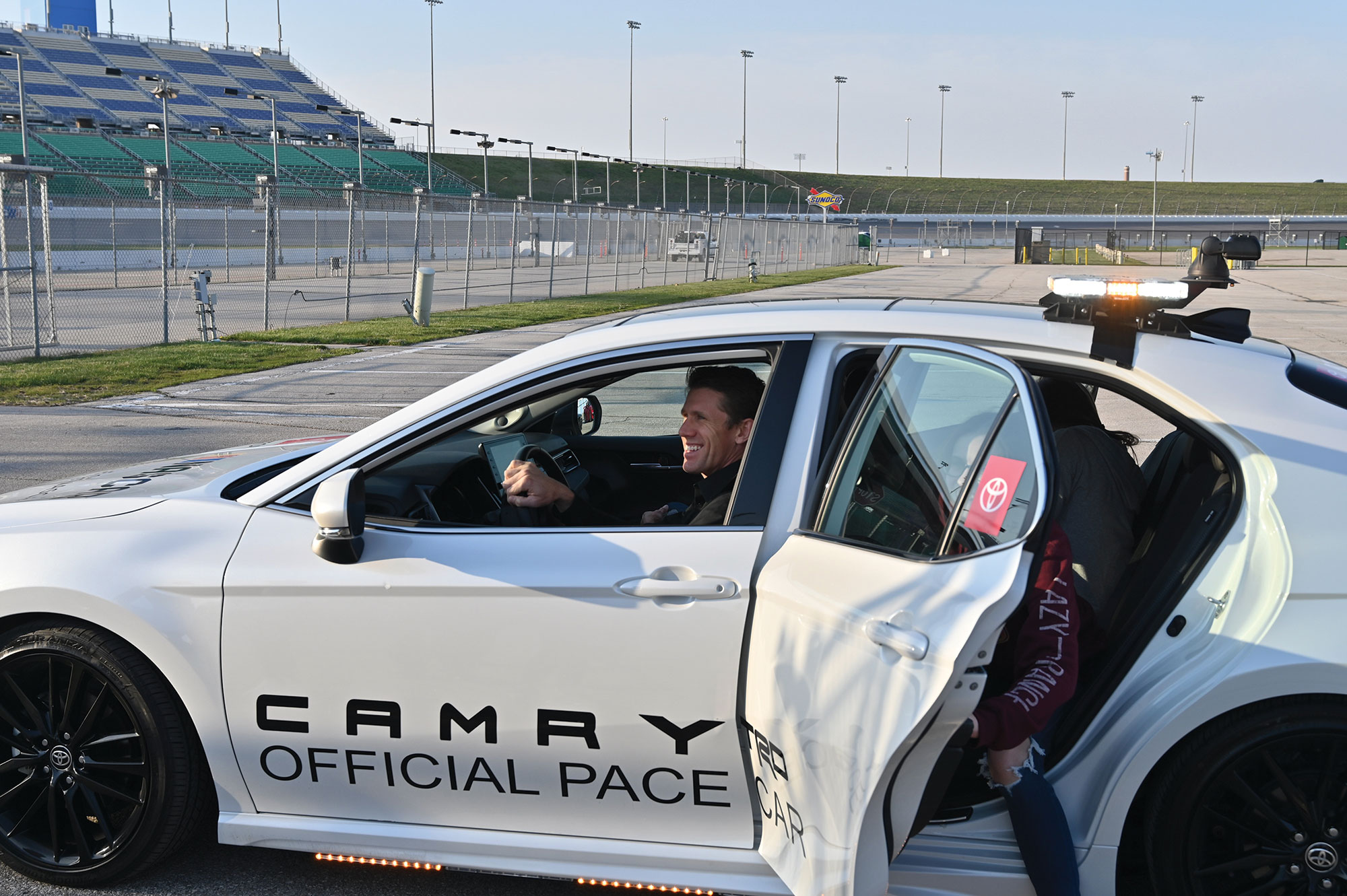 NASCAR driver Carl Edwards having a fun time as the volunteer pace car driver giving rides to attendees at the CGSC Foundation fundraising event at the Kansas Speedway on April 15, 2022.

After Edwards drove his last group of passengers around in the pace car, he met up with the crowd and signed autographs and took photos with everyone. Foundation President/CEO Rod Cox presented him with a Foundation coin. Edwards thanked Cox and thanked the attendees who were mostly veterans and others with ties to Fort Leavenworth and the Command and General Staff College.

“[Earlier] today we took a group over to the Churchill Museum in Fulton, Missouri,” Edwards said. “It’s timely because as we went through there we all kind of understood what Churchill did and how important his stand was, his understanding of the bigger picture at a time in our history. It really makes me appreciate what you guys do. – Training people to see the big picture, to understand what’s happening, how to lead people, lead them in the right direction for a great outcome. Thank you for doing that. It’s an honor to be in your presence.”

See the video of Edwards full remarks below. 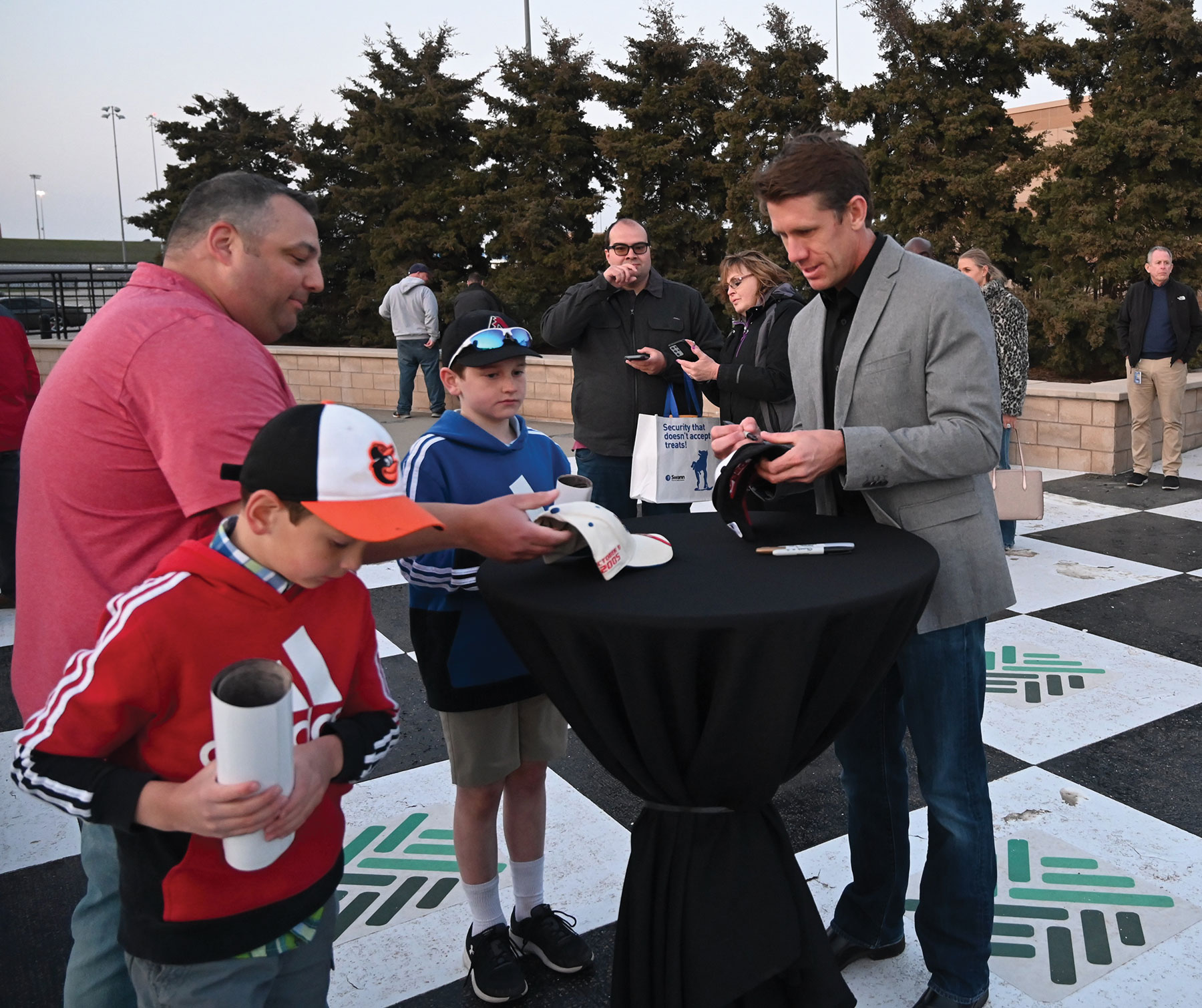 NASCAR driver Carl Edwards autographs hats for a family during the CGSC Foundation fundraising event at the Kansas Speedway on April 15, 2022.

Attendees at this event received tickets to the May 15 NASCAR race at the speedway. For information about this race, the AdventHealth 400, see the Kansas Speedway website.

For more photos of the event see these albums on the CGSC Foundation Flickr site:

Click the video below to listen to Edwards’ remarks