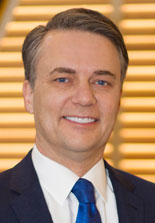 The CGSC Foundation has selected Dr. Jeff Colyer, the 47th governor of Kansas, as the Person of the Month for May 2020. 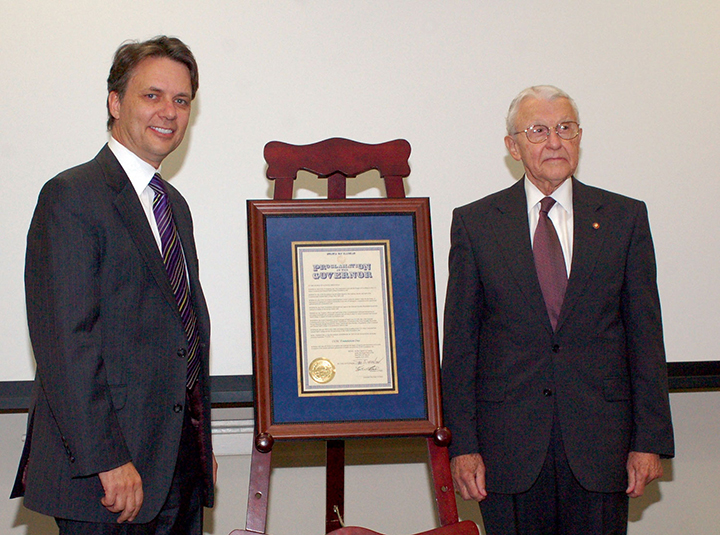 Dr. Colyer grew up in Hays, Kansas, attended Georgetown University where he earned a Bachelor of Economics and Pre-Medicine. He earned his Master of International Relations from Cambridge University in England and then received his Doctor of Medicine from Kansas University Medical School. After his residency in general surgery he came back to Kansas to complete his plastic surgery residency from the University of Missouri.

He served as a White House Fellow under President Ronald Reagan and President George H.W. Bush in international affairs. 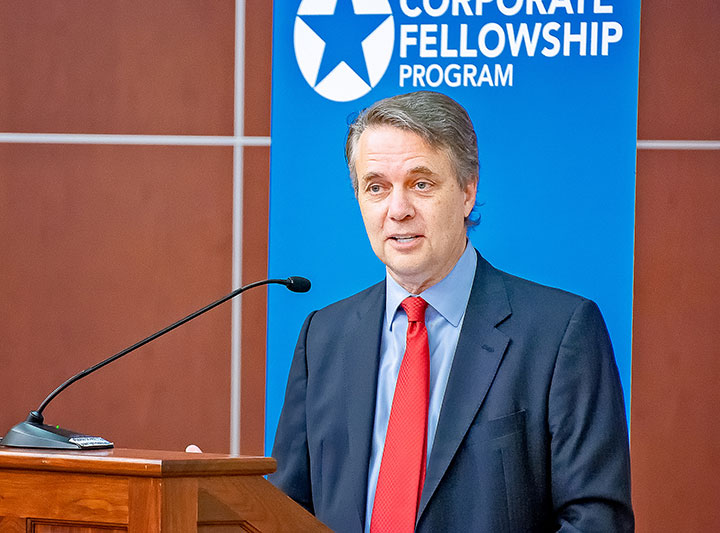 Governor Colyer has lectured at the U.S. Army Command and General Staff College several times over the last 20 years. He was an analyst at the International Institute for Strategic Studies and co-authored several editions of The Military Balance and brought some of that analysis to CGSC. He spoke on his experiences in Soviet-occupied Afghanistan, Rwanda, Iraq, and several other conflicts. He participated in Prairie Warrior, an annual exercise conducted at CGSC, several times. As lieutenant governor and governor he was a central part of the Kansas Governor’s Military Council. He has been committed to continuing the service and mission of the CGSC Foundation. At a CGSC Foundation board of trustees meeting on Sept. 7, 2011, he presented the Foundation with a proclamation celebrating “CGSC Foundation Day.” 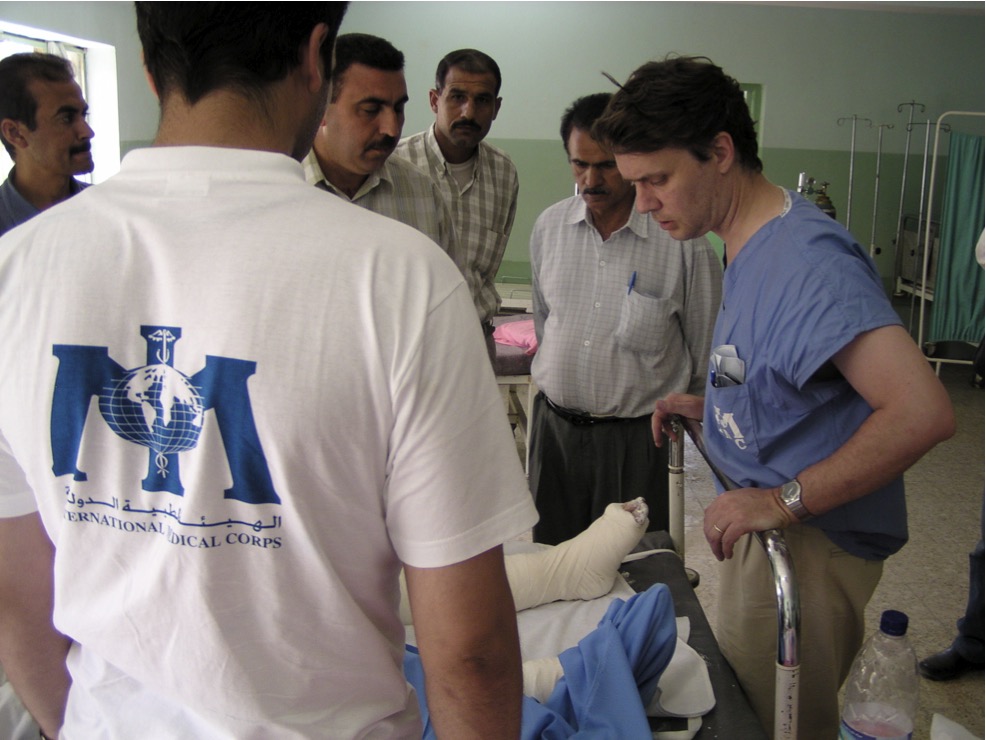 Dr. Jeff Colyer, right, assesses a patient’s condition in a hospital in An Nasiriyah, Iraq, in 2003. Colyer, an Overland Park surgeon and an International Medical Corps volunteer, spent six weeks (April-May 2003) in Iraq helping doctors and hospitals assess and react to the crises during the U.S.-led invasion of the country that began in March 2003. (Courtesy Photo)

Dr. Colyer’s passion for community service and medicine has taken him to several war-ravaged countries with the International Medical Corps: Cameroon, Iraq, Kosovo, South Sudan, the Syrian border, and Afghanistan, where he provided medical aid. He was featured on “60 Minutes: Scars of War.” He’s been named to several top plastic surgeons lists throughout his career and serves the next generation as a surgical instructor at multiple schools.

During the Covid-19 Pandemic, Dr. Colyer has been very active. President Trump appointed him chairman of the National Rural Healthcare Task Force. He has been advising on treatments and a vaccine. He originated a program to graduate KU medical students early and bring personal protective equipment to Kansas.

Governor Colyer and his wife, Ruth, have been married since 1991 and have three daughters Alexandra, Serena and Dominique.

The CGSC Foundation is proud to highlight Dr. Jeff Colyer as the Person of the Month for April 2020 for his contributions to his patients and the medical community, the state of Kansas, the U.S. Army Command and General Staff College and the CGSC Foundation.