CGSC Interagency Faculty – Persons of the Month for November 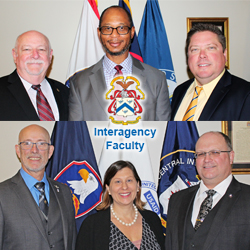 The CGSC Foundation has selected the interagency faculty of the Command and General Staff College as the Persons of the Month for November 2019.

There are six interagency faculty members at CGSC:

*Although SMDC is a Department of the Army organization, Gray provides for the equities of space predominant agencies within the government that do not have representative presence at CGSC and other schools within the Department of Defense.

“CGSC’s interagency faculty members are an absolute treasure,” said Foundation President/CEO Rod Cox. “Their expertise in their respective agencies and their willingness to share it are critical to the success of many of the programs we conduct with the College. Each of these faculty members speaks as part of our Interagency Brown-Bag Lecture Series and they also participate in other programs as the need arises and their schedules permit.”

Having this level of experience in interagency operations on a collegiate faculty is a rarity Cox added. “In reading each of their biographies, anyone can realize how courses in strategy, interagency operations, diplomacy and government policy would benefit tremendously from their support,” he said. 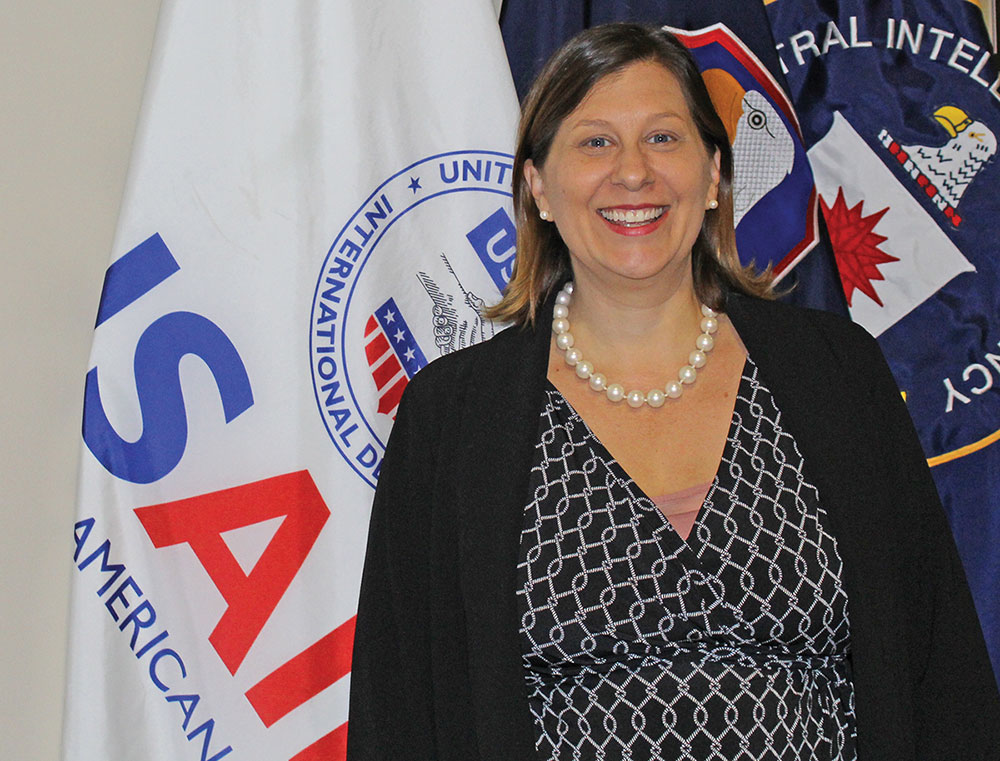 Stephanie Chetraru is the Commandant’s Distinguished Chair for Development Studies Command and General Staff College. Stephanie Chetraru is an American diplomat and career Foreign Service Officer. She served as the United States Agency for International Development (USAID) democracy officer in Moldova from 2013-2018. She also served as USAID’s interim country director in Moldova during this time which saw an uptick in Russian aggression. She previously served as a program officer with USAID in Russia, Pakistan, Israel, and El Salvador. She has worked in international development for nearly 20 years and has a master’s in Political Science with a focus on community development.

Ralph M. Erwin is the National Geospatial-Intelligence Agency (NGA) Visiting Associate Professor to the U.S. Army Command and General Staff College and the Senior Geospatial Intelligence Officer assigned by the Army NGA Support Team Liaison to the U.S. Army Training and Doctrine Command (TRADOC), Combined Arms Center, and five Army Centers of Excellence. He integrates geospatial intelligence education into all U.S. Army Joint Professional Military educational institutions. He is a Director of National Intelligence designated Intelligence Community Officer. Erwin was a senior mentor to the Afghan Geodesy and Cartography Head Office in 2011. Erwin has served as the Deputy Director of the U.S. Army TRADOC Program Integration Office for Terrain Data at the U.S. Army Engineer School, a U.S. Army Field Artillery officer, Defense Advanced Research Projects Agency main battle tank simulation operations manager, and a topographic systems combat developer for Lockheed Martin Corporation. Erwin is a graduate of Wentworth Military Academy, holds a Bachelor of Science in Mathematics from Cameron University, and a Masters of Strategic Studies from the U.S. Army War College. He is a resident of Kansas City, Mo., and his son and daughter-in-law are raising three grandsons in Overland Park, Kansas.

Thomas Gray is the liaison and assistant professor from U.S. Army Space and Missile Defense Command to the Combined Arms Center/Army University for Space and Missile Defense Studies. He is responsible for the integration of space knowledge and education within the curriculum of the U.S. Army Command and General Staff College as well as other schools in the U.S. Army Training and Doctrine Command as well as Joint organizations throughout the Department of Defense. Though USASMDC is a Department of Army organization, Gray provides for the equities of space predominant agencies within the government that do not have representative presence at the institution. While on active duty, Gray was selected as one of the first nine space operations officers (Functional Area 40) and served in Army Space Command, the Space and Missile Defense Battle Lab, and the SMDC Directorate of Combat Development. He deployed to Southwest Asia theater as the Chief Operations Officer of the 32nd Army Air and Missile Defense Command. Gray is qualified as a Level 3 Space Professional of the U.S. Army Civilian Space Cadre, has an AAS in Electronic Engineering from NHTI, BS in Techna-Business from SNHU, MS in Administration from CMU, graduate of Space 200 and 300 from NSSI, and the U.S. Army Space Senior Leader Course. 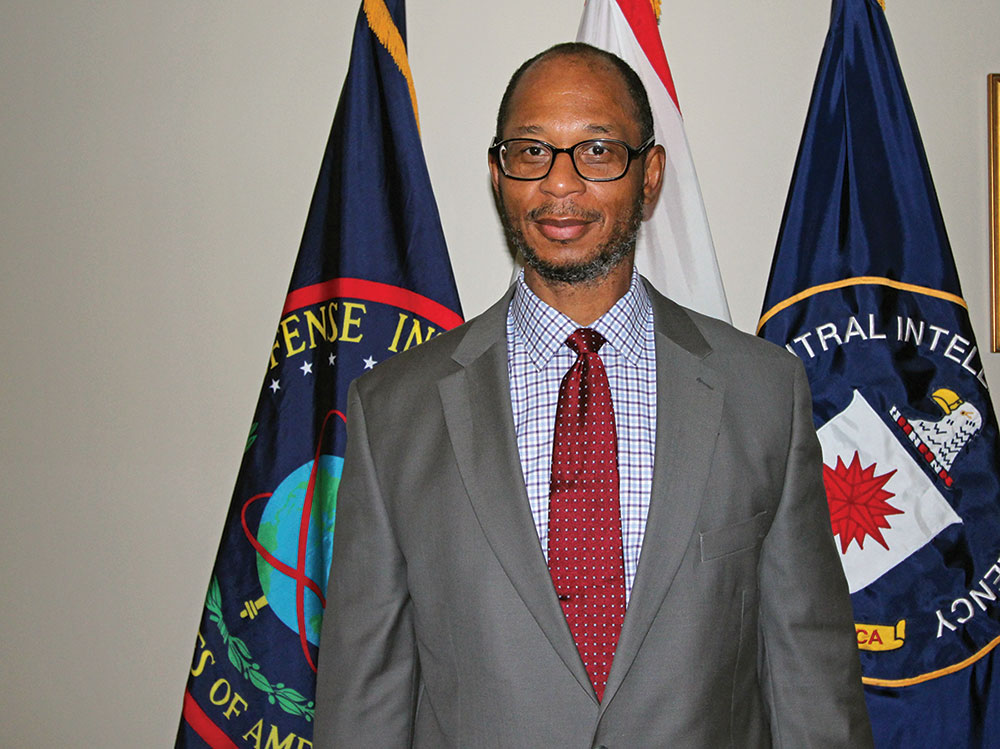 Roderic Jackson is the Commandant’s Distinguished Chair for Defense Intelligence Studies at the Command and General Staff College, and the Defense Intelligence Agency (DIA) representative to the Combined Arms Center/Army University. He has more than 30 years of experience in national security affairs with long-term interest in African security. Jackson has worked for DIA more than 16 years as a military and civilian employee. During his many assignments and deployments, he has worked as a Defense Attaché and policy advisor to AFRICOM, CENTCOM and EUCOM military leaders. Jackson is an accomplished former Army Foreign Area Officer with worldwide experience. He holds a bachelor’s degree in Mathematics and master’s degrees in International Relations, International Business and Strategic Intelligence. He is conversant in French, Spanish and Portuguese.

Matthew Roth is the Commandant’s Distinguished Chair for Diplomatic Studies at the U.S. Army Command and General Staff College, and is the Department of State liaison to the Combined Arms Center/Army University. His area of published research is the relationship between diplomatic and military actors and subnational governments. Prior to this assignment, Roth was the Deputy Chief of Mission at the U.S. Embassy in Kigali, Rwanda. Over the course of more than two decades in the Foreign Service he has served in Washington, D.C., and at embassies across Africa and Latin America. Roth has a Master degree in Public Administration with a specialization in urban planning and city/local government from the University of Kansas, as well as a Bachelor of Arts in Political Science and Latin American Area Studies from the same institution. He speaks Portuguese, Spanish, German and Italian.

Kevin Rousseau is the Commandant’s Distinguished Chair for National Intelligence Studies at the U.S. Army Command and General Staff College, and the Central Intelligence Agency (CIA) Representative to the Combined Arms Center/Army University. As an Army officer, his assignments included the 82nd Airborne Division, the 3rd Armored Division, and the Joint Staff J-2. After retirement from the Army and prior to serving at the CIA, Rousseau was an Assistant General Counsel at the National Geospatial-Intelligence Agency. At the CIA, he has served as an analyst, instructor, and manager. His most recent assignment at the CIA was as the briefer to the Associate Director for Military Affairs. He has served on multiple deployments to the Balkans and to Afghanistan. Rousseau has a bachelor’s degree from the United States Military Academy, a master’s in Strategic Intelligence from the Defense Intelligence College, a JD from the George Mason University School of Law, and a Masters in Military Art and Science (MMAS) in Strategic Studies from the U.S. Army School of Advanced Military Studies.

We are proud to recognize our interagency faculty as the CGSC Foundation’s “Persons of the Month” for November 2019. We appreciate their support for CGSC Foundation programs and look forward to continuing our relationship with each of them to enhance the educational experience for CGSC students.