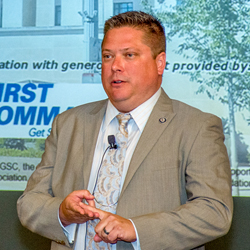 Matthew Roth, the Distinguished Chair for Diplomatic Studies at the U.S. Army Command and General Staff College, delivered the first lecture for academic year 2020 of the InterAgency Brown-Bag Lecture series on Aug. 23, 2019. More than 60 students, faculty, and other leaders were in attendance. 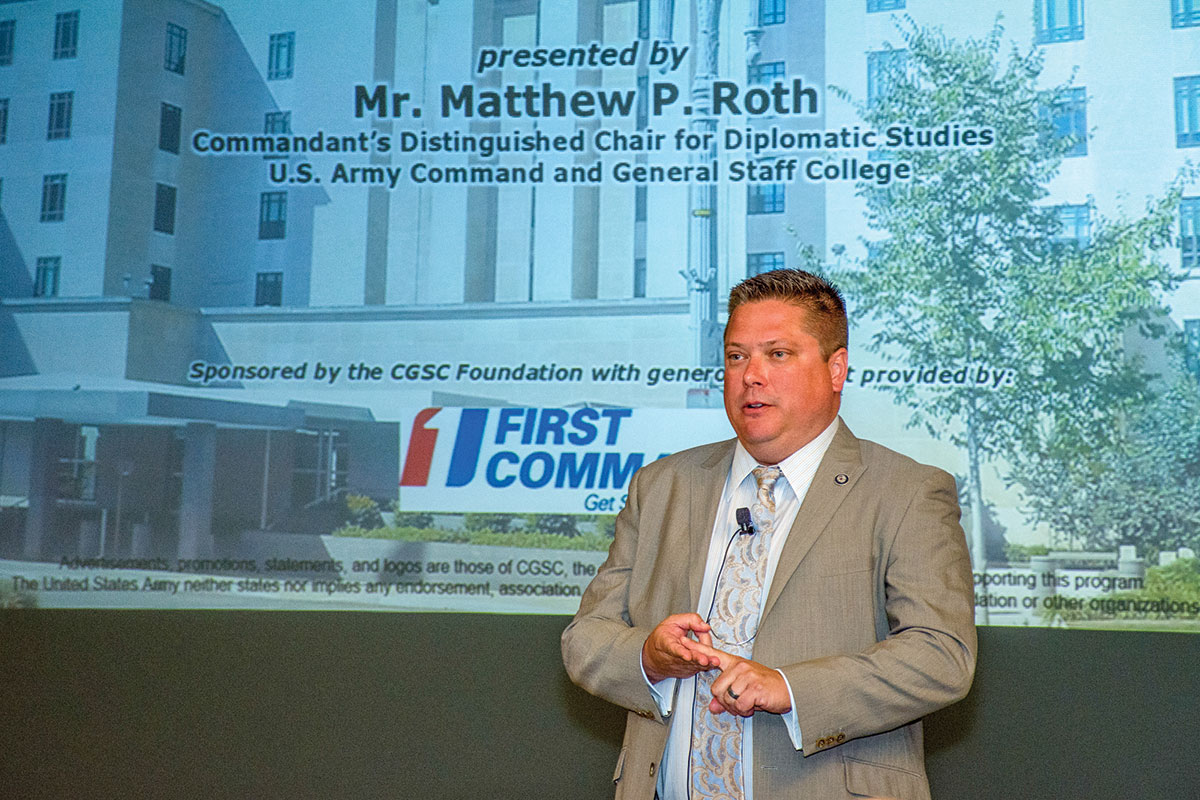 Matthew Roth, the Distinguished Chair for Diplomatic Studies at the U.S. Army Command and General Staff College, delivers the first lecture for academic year 2020 of the InterAgency Brown-Bag Lecture series on Aug. 23, 2019, in the Arnold Conference Room of the Lewis and Clark Center on Fort Leavenworth. (photos by Jim Shea, ArmyU Public Affairs) 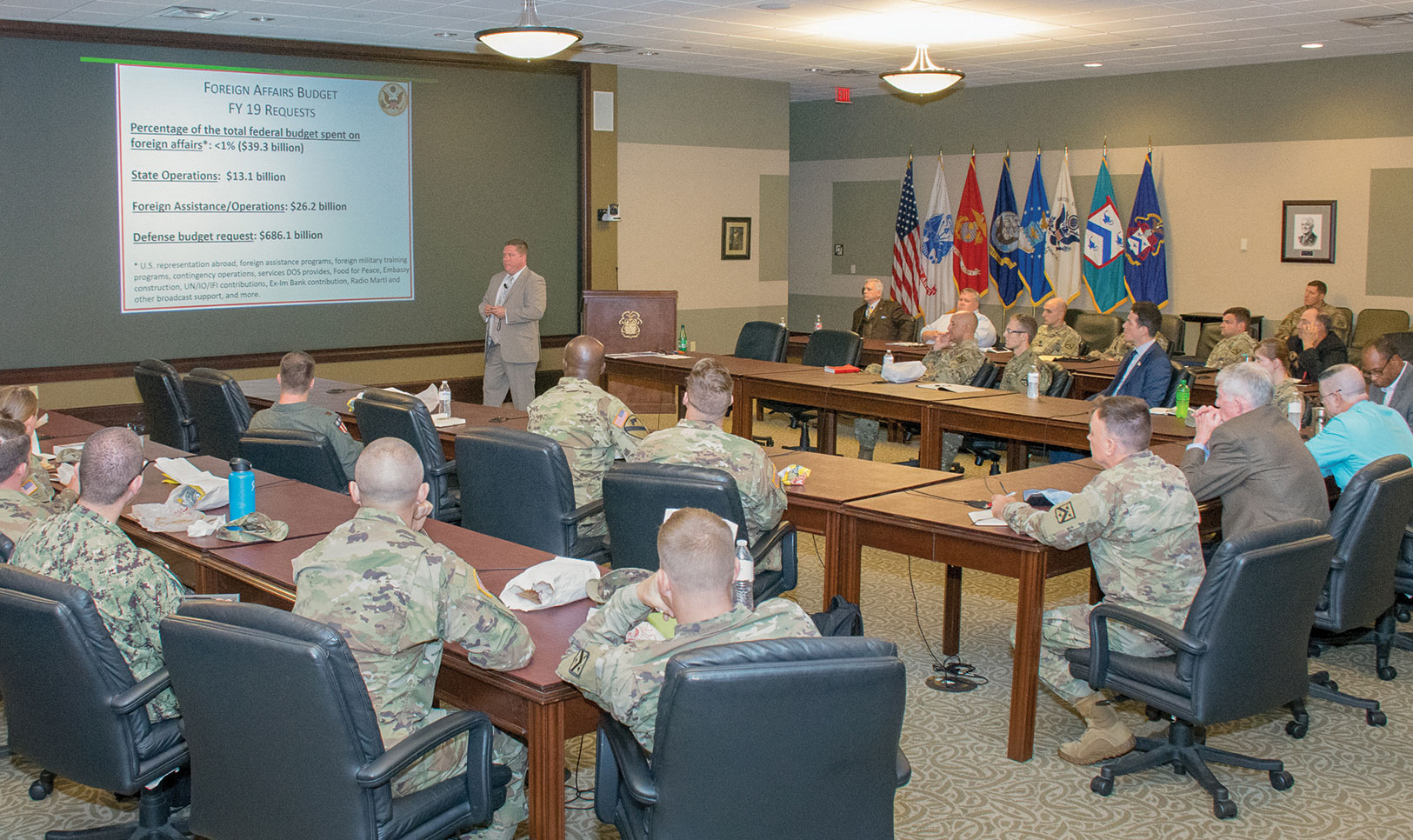 Roth presentation and the resulting discussion were by all accounts well received. He went into some detail about the organization, mission, and people of the U.S. Department of State, emphasizing that the main mission of the department is to implement U.S. foreign policy abroad while at the same time always looking out for American citizens and American interests. He discussed the interagency mindset woven throughout the department and the cultural aspects of working with other agencies that is always a part of the way department employees operate. Roth also discussed the department’s various challenges, including the relatively small budget and the public misperceptions about foreign aid. Following the theme of the lecture series, he told the audience of mainly military officers that interagency cooperation was the best way to protect and promote U.S. interests around the world.

In addition to his assignment as the CGSC Distinguished Chair for Diplomatic Studies, Roth is the Department of State liaison to the Combined Arms Center. His area of published research is the relationship between diplomatic and military actors and subnational governments. Prior to this assignment, Roth was the Deputy Chief of Mission at the U.S. Embassy in Kigali, Rwanda. Over the course of more than two decades in the Foreign Service he has served in Washington, D.C., and at embassies across Africa and Latin America. Roth has a master’s degree in Public Administration with a specialization in urban planning and city/local government from the University of Kansas, as well as a Bachelor of Arts in Political Science and Latin American Area Studies from the same institution. He speaks Portuguese, Spanish, German and Italian.

The next lecture in the series is Sept. 24. Thomas A. Gray, the U.S. Army Space and Missile Defense Command Liaison to the Combined Arms Center and Army University, will present a lecture entitled “The Domain of Space and National Security.”

The CGSC Foundation has received support for all brown-bag lectures in academic year 2020 from First Command Financial Services in Leavenworth, Kansas. New this year, First Command is offering attendees free lunches during the brown-bag presentations. For information on obtaining a lunch, contact the First Command office at 913-651-6820.

For more photos from the lecture see the album on the CGSC Flickr site.