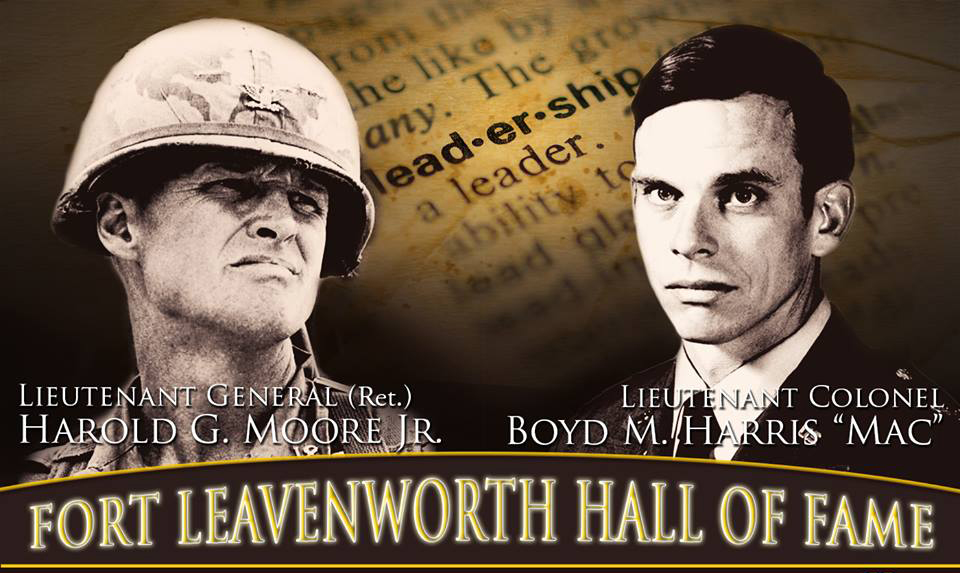 The Hall of Fame recognizes outstanding individuals who served at Fort Leavenworth and who made significant contributions to the achievement, tradition, or history of the fort, the armed forces, or the Provisional Army of the Confederate States.

Moore, co-author of the book “We Were Soldiers Once, and Young,” commanded the 1st Battalion, 7th Cavalry, 1st Cavalry Division during the first major battle of Vietnam in the Ia Drang Valley. The Bardstown, Ky., native graduated from West Point in 1945. He commanded two companies during the Korean War and participated in actions at T-Bone, Alligator Jaws, Old baldy, and Pork Chop Hill. Following battalion command, he commanded the 3rd Brigade, 1st Cavalry Division in Vietnam, and later the 7th Infantry Division in Korea. He was a 1957 graduate of the Command and General Staff College. 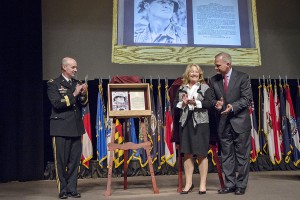 Retired Army Col. David Moore accepted the honor on behalf of his father who was unable to travel from his home. “My father loved the Army.  My father loved his men,” said Moore.  “He knew tough training was a sign of love.  He pushed his men to challenge themselves.” Moore led the audience to recognize three veterans of the Ia Drang valley who were in the audience.

“Mac” Harris was born in Philadelphia and graduated from West Point in 1966. He served as a platoon leader and company commander in Vietnam and was a leadership instructor at the Infantry School at Fort Benning, Ga. After earning a master’s degree from the University of North Carolina, he became an instructor at West Point in the Department of Behavioral Sciences and Leadership. He graduated from CGSC in 1981 and became one of the first staff members of the Center for Leadership and Ethics. While there, he was the primary author of the 1983 revision of FM 22-100, Military Leadership. Harris incorporated historical case studies highlighting leadership and ethical problems and introduced the “Be, Know, Do” concept. He died in October 1983 the same month FM 22-100 was published. 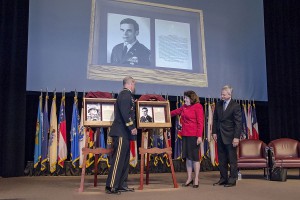 Receiving the honor for Harris were his wife, Anne Harris, and his brother-in-law Gary Sinise. Sinise talked about how Harris and other veterans in his wife’s family taught him about the military. “I credit him and the other veterans on my wife’s side of the family who inspired me to do what I can for veterans today,” he said. Anne Harris said her husband’s early experiences as a platoon leader and company commander in Vietnam caused him to want to study leadership. “The one constant is battle is the human dimension,” she quoted her husband as saying. She told how he struggled as the principle writer for the Army’s leadership doctrine to bring new ideas and how he had to overcome the resistance and criticism of some seniors even though the direction of the manual was set by Army leadership. “His greatest challenge was not on a battlefield,” she said. “It was trying to change a large organization.”

One thought on “They were Soldiers…”

One thought on “They were Soldiers…”