TBT- The CGSC Foundation and the Command and General Staff College conducted the inaugural National Security Roundtable Program in November 2007. 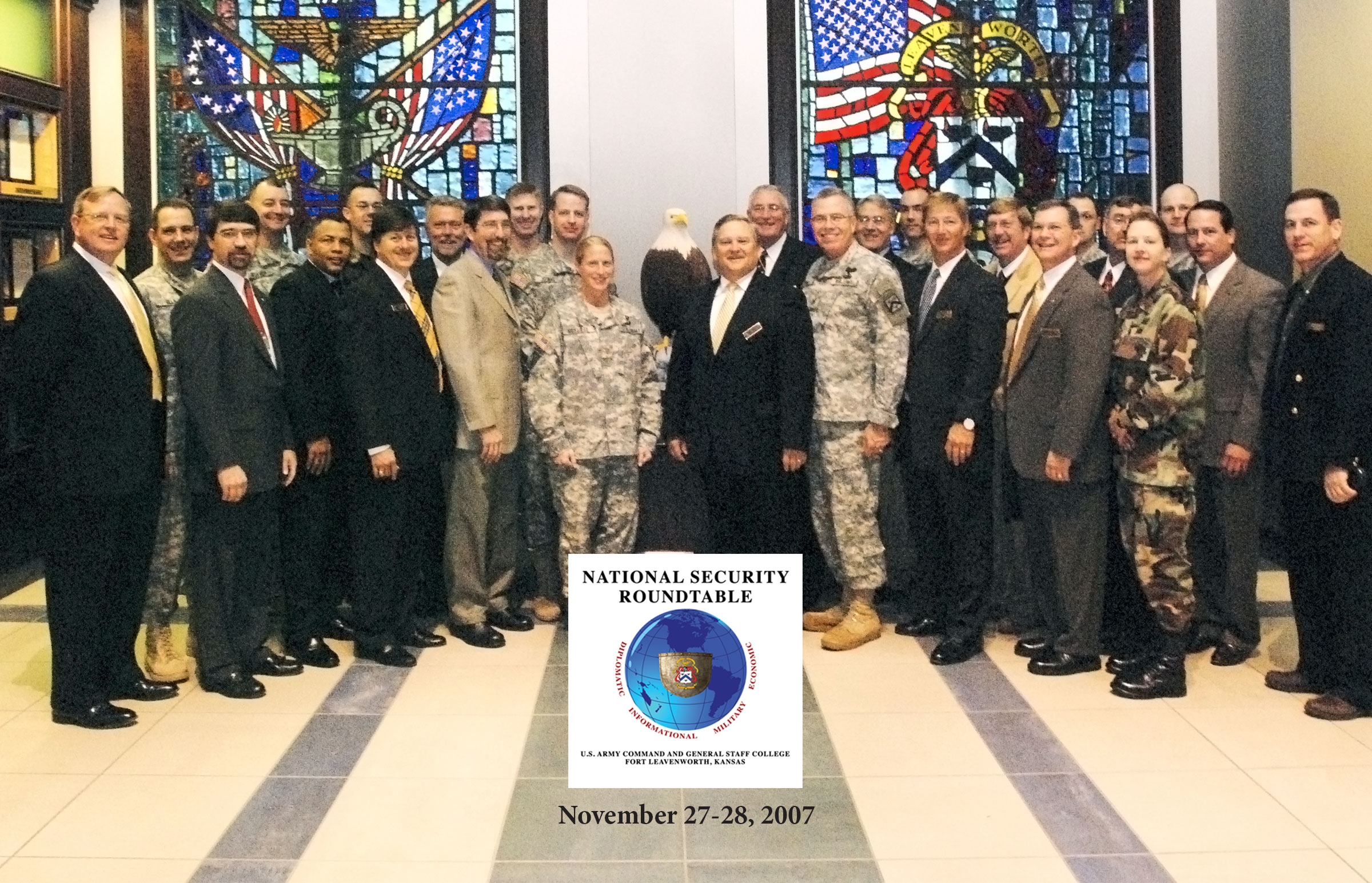 Participants and facilitators for the CGSC’s first National Security Series Roundtable gather for a group photo in the artrium of the Lewis and Clark Center, Nov. 28, 2007. (Photo by Don Middleton, Fort Leavenworth)

The original story about the inaugural program was published in the Foundation News (No. 4/March 2008).

Thirteen years hence, the College and the Foundation have conducted 22 NSRT programs educating and informing more than 300 civilian business and community leaders from around the country about the College, their Army, and how its leaders are educated. The programs have historically been conducted twice per year – one in the spring and one in the fall.

Although the program has been refined and participation expanded, the general format has remained the same. – Civilian attendees are partnered with a student escort to provide a personal touch and insight and either the Command and General Staff School’s (CGSS) Department of Joint, Interagency and Multinational Operations (DJIMO) or the School for Advanced Military Studies (SAMS) provides the faculty for the panel discussions on various international security topics.

Given COVID-19 restrictions the Fall 2020 NSRT program (originally scheduled for October) has been pushed to February 2021 and will be cohosted with CGSS. More details will be published later this year.