“The Great War in East Asia” was the topic of the evening as Dr. Joseph G.D. (Geoff) Babb presented the latest, and last of AY 2019, lecture in the General of the Armies John J. Pershing Great War Centennial Series at the Riverfront Community Center in downtown Leavenworth, Kan. on Apr. 10. 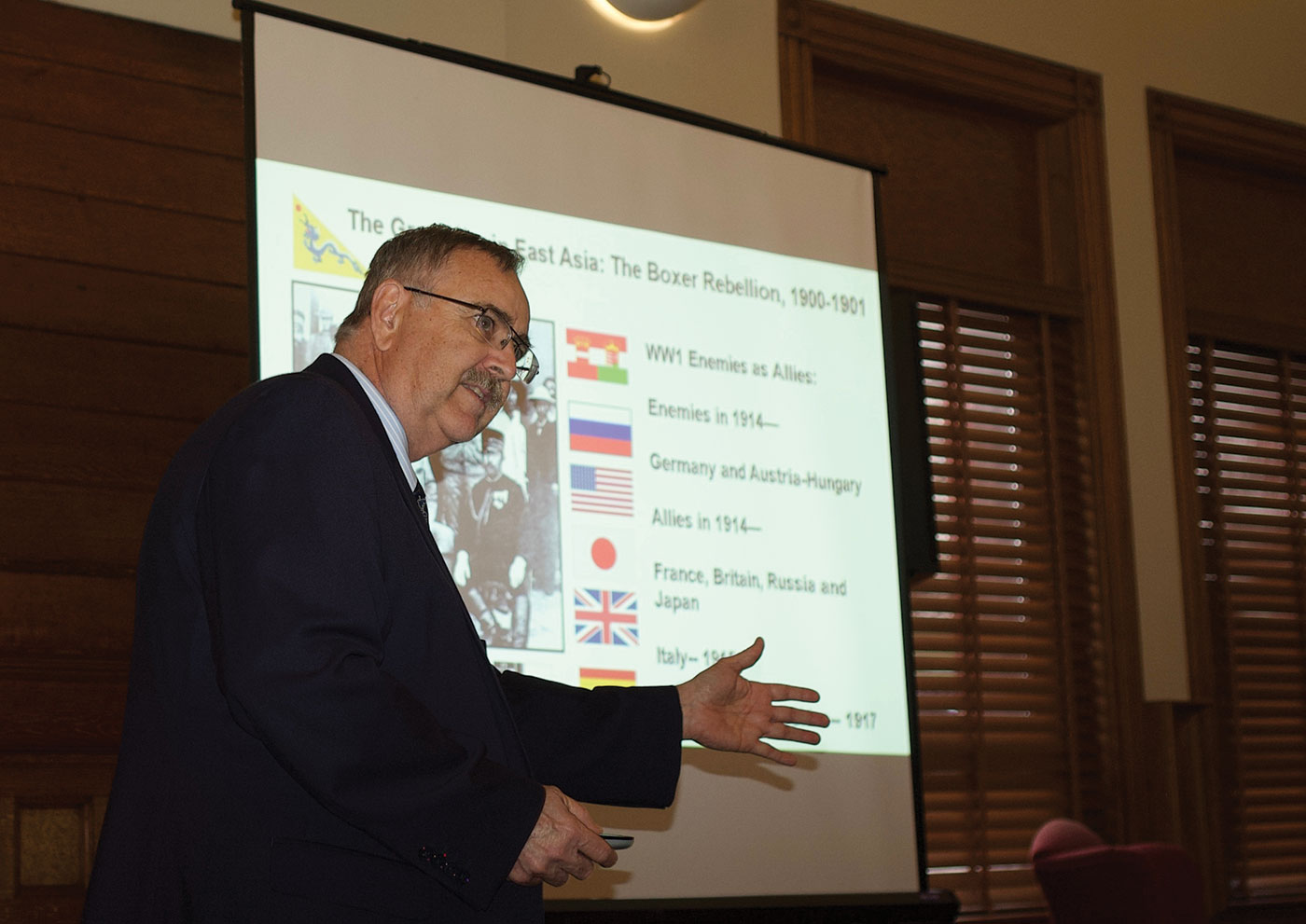 Babb, an Associate Professor of History at the U.S. Army Command and General Staff College, explored how the First World War brought many changes to the Asia-Pacific region. Babb discussed the precursor events to the conflict in the Far East, as well as how the war was conducted and how this conflict was a harbinger of the dramatic political and military challenges of the coming decades.

Dr. Joseph G. D. (Geoff) Babb is a retired U.S. Army Special Forces lieutenant colonel. During his Army service, Babb served as a China Foreign Area Officer educated in Hong Kong and Beijing. He served in Washington, D.C., at the Defense Intelligence Agency and on the Joint Staff. He also was a regional desk officer in Hawaii at U.S. Pacific Command and U.S Army Pacific. He has written on the American military’s role in China in Volumes I and II of Through the Joint, Interagency, and Multinational Lens: Perspectives on the Operational Environment. His most recent publication is a chapter on the Korea War published in Weaving the Tangled Web: Military Deception in Large-Scale Combat Operations, issued by Army University Press. Babb holds a bachelor’s from Bowdoin College, an MPA from Clark University, a master’s in East Asian Languages and Cultures and a doctorate in History from the University of Kansas.

All lectures in the series are free and open to the public. Lecture dates for Academic Year 2020 will be announced at a later date.