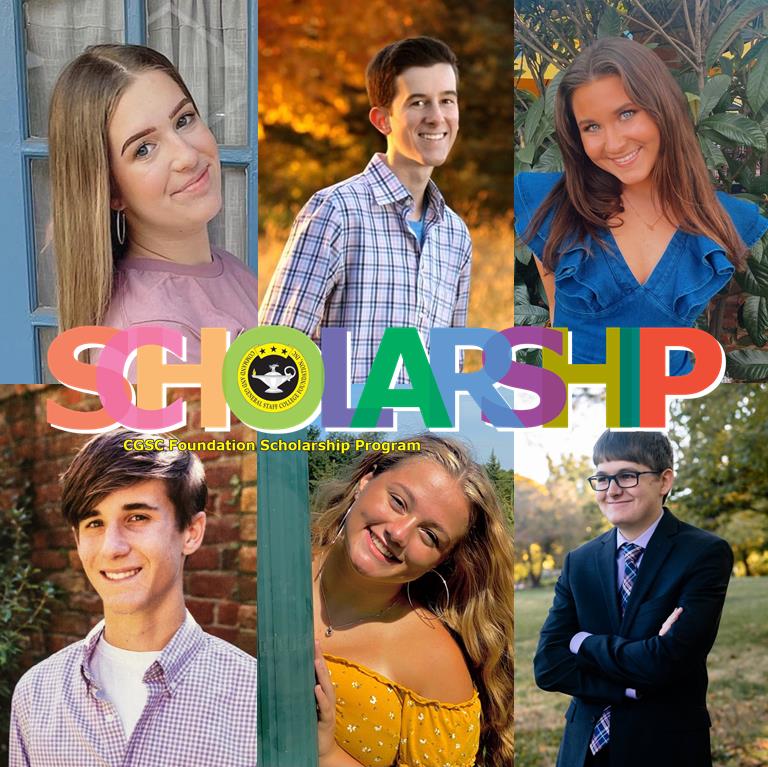 The CGSC Foundation announces the winners of its 2022 competitive scholarship program.

“We’re glad to be able to increase the number of scholarships this year,” said Foundation President and CEO Rod Cox. “We receive more applications each year, and by awarding more scholarships, we help more CGSC alumni and their families.”

“Maintaining contact with CGSC alumni is part of our main mission,” Cox said, “but this program also offers a tangible benefit for our military families. Congratulations to this year’s winners and thank you to their parents and grandparents for being life members of our alumni association.” 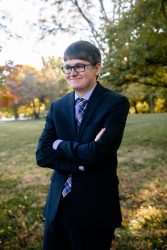 Cole J. Hammond is a senior at Platte County High School in the Project Lead the Way Engineering program. He will graduate in May 2022 and will attend Wichita State University to study mechanical engineering. Hammond was drawn to Wichita State because of all the great opportunities for real world engineering experience with the companies that have partnered with WSU and are located on campus. He has enjoyed a successful career on his high school’s robotics team, with his team competing at the Missouri State competition for 3 years and also qualifying for the U.S. Open and World Championship. Hammond’s alumni sponsor is his father, Lt. Col. Joseph R. Hammond, a CAS3 and CGSC graduate currently working for the Force Modernization Proponent Center at the Mission Command Center of Excellence. Hammond plans on using his scholarship toward room and board or books.

John “Jack” Krompecher is a senior from Chapin High School, in Chapin, S.C. He will graduate in May 2022 and plans to attend Ohio State University, where he will study social work. Krompecher chose Ohio State University to be close to family and to fulfill a childhood dream to attend the university. He plans on studying social work with a business minor because he’s always wanted to help others and thinks counseling would be an effective way of doing so. Krompecher earned his Eagle Scout last year and wrestled and ran cross country throughout high school. He says he’s proud of being a “military brat” because it allowed him to meet different people and engage with various cultures. Krompecher’s alumni sponsor is his father, Col. Zolton Krompecher, a 2009 CGSOC graduate who served in the U.S. Army for more than 35 years. Krompecher plans on using his scholarship to help pay for textbooks. 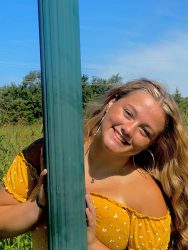 Brinley VanWey is a senior from Junction City High School in Junction City, Kan. She will graduate in May 2022 and plans to study forensic science with the goal to become a medical examiner. When asked why she chose to become a medical examiner, VanWey says that the dead need someone to speak for them, and that she wants to bring families comfort in times of grief. “I am positive that I will love this career with all my heart and I can’t wait to start.” VanWey enjoys learning and volunteering in her community. She was a member of the swim team and the cheer team captian. VanWey’s alumni sponsor is her grandfather, Col. (Ret.) Michael James Harlan, who graduated CAS3 in 1997. VanWey plans on using her scholarship for college expenses. 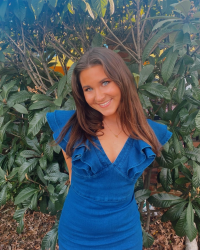 Annie Krompecher is a sophomore pharmacy student at the University of South Carolina, and expects to graduate with the class of 2024. She graduated Chapin High School in Chapin, South Carolina in 2020. Krompecher chose the University of South Carolina because of its accelerated pharmacy track, and says she wishes to enter the medical field and has always had an interest in science. Outside her studies, she enjoys reading and spending time with friends. Krompecher is also an active participant in multiple school groups and volunteer organizations. Krompecher’s alumni sponsor is her father, Col. Zolton Krompecher, a 2009 CGSOC graduate who served in the U.S. Army for more than 35 years. She plans on using her scholarship to help pay for textbooks and lab and technology fees. 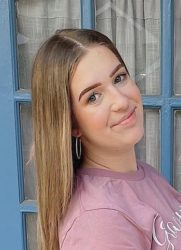 Aubrie Penfield is a sophomore at Oklahoma State University planning to graduate with an undergrad degree in Communication Sciences and Disorders in 2024, and then pursue a master’s to become a licensed Speech and Language Pathologist. She is a 2020 graduate of Lansing High School, Lansing, Kansas. She said she has been enjoying her time OSU because of the campus and the people. She said she looks forward to pursuing speech pathology as a way to make a positive impact on her future patients’ lives. She has also been active and taking on leadership roles in her sorority. Penfield’s alumni sponsor is her father, retired Col. Gregory Penfield, a CGSOC graduate and current professor in CGSC’s Department of Joint, Interagency and Multinational Operations. She plans to use the scholarship to help pay a portion of out-of-state tuition costs. 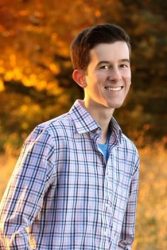 Kyle Skinner is a freshman studying Cybersecurity Engineering at Iowa State University. He graduated North Scott Senior High School in Eldridge, Iowa, in 2021. He chose the field of cybersecurity because it is rapidly expanding and mixes his love of engineering and technology, along with elements of defense. He said he chose Iowa State because of the campus environment, and family ties to the university. Outside of engineering, Skinner says he loves music, spending time singing in choir and playing guitar and drums. He is also an avid sports fan, and spends his free time being active or watching the Chicago Cubs and the Green Bay Packers. Skinner’s alumni sponsor is his father, Kerry Skinner, a 2012 alumnus of the CGSC/CGSC Foundation National Security Roundtable Series. He plans to use this scholarship to help pay for books and other necessities.

“The Foundation has many friends who may not be life members of our alumni association or have family members attending college, but want to assist and show their appreciation for military families,” Cox said. “This scholarship program provides them the perfect opportunity to help,” Cox said.

Interested persons can support the scholarship program by visiting www.cgscfoundation.org/donate.